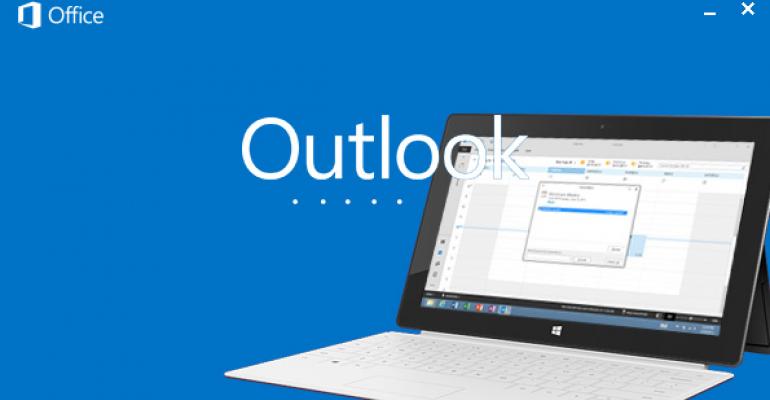 A full Office, not just Outlook, is the game changer for Windows RT

Starting next week, overeager Windows RT users will be able to install a preview version of the Windows 8.1 update, which includes, among other things, the long-awaited release of Outlook 2013 RT. This addition, in tandem with the Office 2013 Home & Student RT version that already free with Windows RT, provides consumer with an amazingly complete and completely free Office experience.

As I noted in Microsoft Outlook 2013 RT Sneak Peek two weeks ago, prerelease versions of Outlook RT actually shipped as part of a broader Office 15 installer that includes other Office apps recompiled for Windows RT. So it’s possible that Microsoft could expand beyond Outlook RT in the future, too, possibly offering additional Office applications to Windows RT users for a fee, or as a coming perk to Office 365.

So here’s the weird bit about the other Office 2013 applications that are available internally at Microsoft for Windows RT: According to the installer, it’s a full Office install, with Access, Excel, InfoPath, OneNote, Outlook, PowerPoint, Publisher, SharePoint Designer, SkyDrive Pro, Visio, and Word.

But after Setup is complete, you see only a subset of that installed. Excel, OneNote, PowerPoint and Word are there already, of course. And then Outlook. But you also get InfoPath, SkyDrive Pro, Publisher, and SharePoint Designer 2013. (Put another way, Access and Visio are in fact not part of the actual install.)

As for Outlook RT itself, sometimes you wait and wait for something and the anticipation starts to outweigh the significance of that thing. And so it is with Outlook 2013 RT. It looks exactly as you’d expect. It works exactly as you’d expect, except that I couldn’t get it to work with any add-ins from the Office store. I suspect someone who actually uses Outlook could pick out differences, performance or otherwise, better than I. What I can tell you is that it’s pretty leisurely. Like the rest of Windows RT and Office RT, really.

But honestly, the big story here isn’t Outlook RT exactly. It’s how Outlook RT fits into Microsoft’s broader strategy. Given the release last week of Office Mobile for iPhone, we now have a better idea of how Microsoft intends to position its own mobile OSes—Windows 8 and Windows RT, of course, but also Windows Phone—against other mobile platforms that, over time, will have Microsoft Office versions of their own.

Non-Windows platforms—iPhone and iPad now, and Android soon—will be served by a combination of Office Mobile and the web-based Office Web Apps. Office Mobile, of course, requires an Office 365 subscription of some kind, so it’s not free. And if and when we do get a version of Office for iPad, it will almost certainly be Office Mobile—i.e. very limited—or at best a very limited version of “full” Office that is more akin to Office Web Apps, functionally. This would answer the rhetorical questions I asked in Office for iPad: Yes or No?.

For Microsoft’s devices-based Windows versions—Windows RT, Windows Phone 8, and, in the near future, Windows 8 Core on mini-tablets—customers get some version of Office for free, as part of the base install. This is Office Mobile on Windows Phone 8, Office Home & Student 2013 RT on Windows RT and Office Home & Student 2013 on Windows 8 Core for mini-tablets; the latter two are “full” Office versions and a considerable differentiator over the iOS and Android competition.

For full PCs running Windows 8, customers can of course obtain Office relatively cheaply now, most notably through the Office 365 Home Premium subscription, which is $99 per family per year and provides up to 5 installs.

Put more simply, Office is better, built-in, and/or free with Windows and limited and tied to a subscription on non-Windows platforms.

In that light, adding Outlook RT to Windows RT makes a ton of sense. Devices based on this OS are not selling well, and by adding Outlook to the Office RT mix, the value proposition has exploded. I don’t happen to care about Outlook, but tons of users do. Indeed, it’s clear that the lack of Outlook on Windows RT was one of the top five complaints about the system. This inclusion will end that complaint.

And who knows? If the complaining continues, Microsoft has another secret weapon it could cart out, too: Windows RT versions of InfoPath, SkyDrive Pro, Publisher, and SharePoint Designer 2013. Of those, SkyDrive Pro is clearly the killer app generally speaking, and the one I want and need the most. But these applications, together with the rest of Office RT, could really turn the tide for Windows RT. It will be interesting to see whether Microsoft ever pulls the trigger on it.