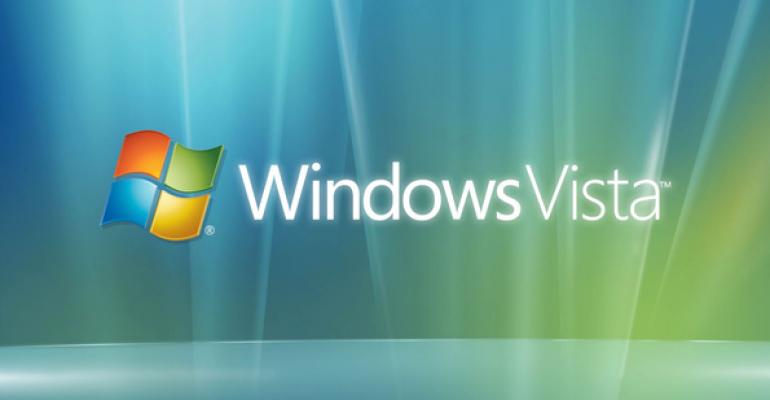 SuperSite Flashback: Its Name is … Vista?

Microsoft introduces the term “aspirational” to the tech world

Longhorn was to provide the foundation for a second decade of Windows dominance and catapult Microsoft past its non-innovative reputation. But the project was too far-reaching, and too visionary, and after years of fruitless work, Jim Allchin and Bill Gates finally accepted the inevitable: Microsoft had to reset Longhorn and start over from scratch. The resulting product was ultimately named Windows Vista. But Vista wasn’t the Longhorn that Microsoft initially promised. And in a harbinger of things it come, it was the first major Windows release that users shunned almost universally.

Note: This week I’m taking my first actual vacation in over 10 years. Each day while I’m gone, I’ll be revisiting classic SuperSite articles from the past with additional commentary and imagery. Today, I’m looking at Microsoft’s decision to rethink the way it brands Windows and how the firm knew, internally, that it was offering a Windows release that few customers would want.

In July 2005, I was on vacation with my family in Vermont. A friend from Microsoft’s PR firm, Waggener Edstrom, called and told me that the software giant was about to make an important announcement and said I’d probably want to know about it in advance. Would I be interested in speaking with the firm even though I was on vacation? I explained that I always worked on vacation, so that was no problem. And when I later did speak with Microsoft’s Greg Sullivan over a terrible cell connection from the mountains of Vermont, I could tell something was wrong.

Longhorn, I was told, would be named Windows Vista.

I laughed out loud. I don’t recall if I believed he was joking, but that was my first reaction. Seriously?

Greg explained that Microsoft would announce the branding that week at the Microsoft Global Briefing event. It was an “aspirational” brand, he said—which required some explanation on my behalf—one that would bring “clarity” to the ever-increasing technology needs of Microsoft’s customers. Inspired in part by the glass Aero effects in this version of Windows, Vista had a three word mantra of sorts: Clear, Confident, Connected. And yes, they really worked out what this was all supposed to mean.

Vista would provide clear new ways to find and use your information. So instead of making you adapt to the way the computer structures data, it's far more dynamic, far more personal.

It would make people more confident in their PC, and their ability to get more out of it.

And finally, Vista would let users stay connected to people, information and devices readily, quickly and in a really straightforward way.

This was all marketing hoo-hah. Windows Vista was actually a very diminished shadow of the product Microsoft originally meant to ship, and though it did provide important foundational changes to Windows, primarily around its newly componentized foundation, it was a big, heavy and slow OS that ran slowly on most PCs of the day. And behind the scenes, Microsoft knew it was shipping a turd.

Leaked documents from the Vista naming event show that Microsoft knew it had a tough sell on its hands. Two years after the heady Longhorn announcement, the firm had yet to ship even a Beta release of the OS, so it scheduled a Beta 1 version of Vista for that August 3 and then set down a fairly normal 12 month pre-release schedule. And it redesigned the Windows flag logo, and would later adopt the new Start “orb” circle into that logo.

But is the marketing stuff that amuses today. Microsoft armed its public representatives with a cheat sheet of expected press questions and the approved answers. Some include:

A: Today, we live in a world of "more" -- more information, more ways to communicate, more things to do, more opportunities -- and at the same time, more responsibilities. Increasingly, we all turn to our PCs to help us with that.  At the end of the day, what you’re after is a way to break through all the clutter to focus on what you want to focus on, what you need to do. What you're trying to get to is your own personal Vista -- whether that is trying to organize photos, or trying to find a file or trying to connect and collaborate with a number of people electronically. That's the role that Windows has always played -- empowering people to use technology to do and accomplish what they want.  But the world has evolved, and there's a lot more out there so we have to make some investments and make sure that we continue to play that role.

Q: What was the process for deciding the name?

A: It was an in-depth and thoughtful process which included everything from qualitative customer research to executive input, and of course the requisite legal reviews, to name just a few of the activities.

Q: Did you conduct customer research to test the name?

A: Yes, research was conducted including in-depth one-on-one interviews and focus groups with a wide range of people and backgrounds.

Q: How many other potential names were considered?

A: From the time we started the initial brainstorms, we came up with about a thousand names through several series of research, reviews and working across a number of teams to come down to a tighter and tighter list until we came up with a solid final candidate.

Q: Would you disclose any names that were on the table at the end but didn't make it?

A: I don't want to start a debate about "oh, we should have picked that one." We had as final candidates a number and different variations on the notion of a vista or view.

Q: How did the final decision happen? Did Bill Gates make the decision?

A: The recommendation came from a cross-group team of people and the final decision was approved by Mike Sievert, Will Poole and Jim Allchin. So it's hard to say there was one person who came up with the idea. It was a very strong collaboration.

Q: Why are you moving away from the name XP – are you unhappy with it?

A: The name Windows XP has served us well and customers responded positively to it. We felt this new version of Windows deserved a name that was more representative of what it specifically brings to customers.

Microsoft also provided its public-facing spokespeople with the following “sound bites,” which they were to liberally sprinkle throughout their discussions with the press.

Windows Vista is designed to work the way YOU want it - at work, at play or on the go.

Windows Vista will let you focus on what is important to YOU.

Windows Vista puts you at the center and in control of your digital experience.

Every day you turn to your PC to do more.  Until now, you’ve had to adapt to your PC. Windows Vista will adapt to the way you think about your information.

Windows Vista will appeal to a broad range of users, from the consumer to the enterprise.

The Windows Vista experience will be safe, simple and relevant.

The Vista web site as it appeared in July 2005

The objectives to this marketing campaign were summarized as follows:

Communicate the essence of Windows Vista and start to make it real for influentials, partners, customers, and Microsoft employees, with an element of surprise to help fuel anticipation prior to Beta 1.

Continue to establish credibility by announcing Beta 1 timing as a proof point to development progress and meeting our milestone commitments.

Reaffirm that Windows Vista Beta 1 is a build for IT audiences, primarily focused on the “confidence” pillar (fundamentals) at this point in time, but more is to come.

A few weeks later, in looking at the Beta 1 version of Windows Vista, I wrote what I think now is a decent summary of the differences between what was promised in Longhorn and what we got in Vista. You could just tell something was wrong.

A long time ago--I mean, like two and a half years ago--I was secreted into a room on the Microsoft campus for my first Longhorn demo. At that time, Longhorn was still the Kitchen Sink (tm) of computing, promising to deliver every single bit of technology you could imagine, all wrapped around a Flash-like UI that was based on Anark technology. It all looked really impressive.

I have yet to see anything like that materialize in an actual Longhorn/Vista build.

Since then, Windows Vista has been defanged somewhat, and while the early Aero Glass demos I saw seemed to raise the OS at least to Mac OS X levels visually, they didn't really go much beyond that. I was told to wait and see, wait and see, and promised that things would get better. Instead, things got much worse. In mid-2004, Microsoft halted Longhorn development, restarted the project using the Windows Server 2003 Service Pack 1 (SP1) code base, and componentized the core of the system before adding back much of the work other teams at the software giant had already completed.

The bad news is that a lot of the super futuristic stuff appears to be gone, and may be gone forever. The sort of bad news is that Windows Vista more closely resembles Windows XP than was the original plan. That is, there's a Start menu that looks a lot like the XP Start menu. The windows are prettier but still Explorer windows. All the right-click, power user stuff we all learned for XP still works. And so on.

At the risk of sounding like a cheerleader, let's make some lemonade out of them lemons. The good news in all this is that Windows Vista will work the way you expect. That is, it will be pretty and powerful, but it's still Windows. Everything works in basically the same way.

I'm still trying to convince myself that that's OK. And certainly, I haven't seen enough of the content that's expected for Beta 2 to make any judgments yet. But so far, so bland: Beta 1 is a big improvement over build 5048, but it's only an evolution over Windows XP. We were promised a revolution, dammit, and I want a revolution.