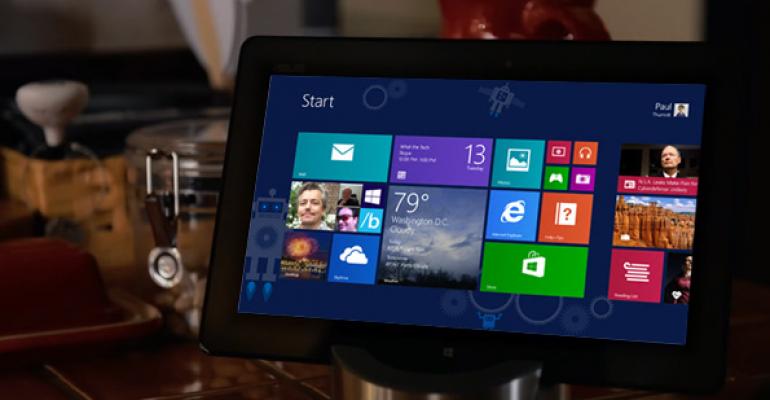 Hoping to get it in August? Don’t hold your breath

My Windows Weekly co-host Mary Jo Foley is reporting this week that Microsoft still plans to finalize the Windows 8.1 update for Windows 8 and RT this month and hand it off to PC makers for coming hardware devices. But in an unwelcome wrinkle to this plan, Foley says that the firm will not release Windows 8.1 to the public until October. And I have a theory about why this might be happening.

According to Foley’s post, Microsoft's Windows 8.1: When will users get the final bits?, Microsoft now plans to complete the development of Windows 8.1—a process that is still called RTM, for release to manufacturing—at the end of August. This lines up with what I heard in late July, when two sources told me that Windows 8.1 development was a mess and was behind schedule. One confided that he would be shocked if Microsoft made its August RTM promise. (And complained that many members of the team making Windows 8.1 were proceeding with their summer vacation plans regardless.)

Whatever the RTM date is, we always expected Microsoft to quickly if not immediately release Windows 8.1 to the public, through services such as MSDN and TechNet, and then to the web, and that this would happen well ahead of whatever new PC releases were planned for the fall. But Foley’s report casts doubt on those assumptions.

“I'm hearing that Microsoft is not planning to make available the final Windows 8.1 bits to its MSDN or TechNet subscribers shortly after the release RTMs,” Foley writes, noting that it did just that a year ago when Windows 8 was completed. “[Instead,] Microsoft is going to hold off on making available the final Windows 8.1 bits until mid-October 2013 or so. That will be both the general availability date, as well as the ‘launch’ date when new hardware running those bits will be available.”

I asked Mary Jo about this schedule today and suffice to say she’s got great sources and stands by the information. So why the delay between RTM and GA (general availability, i.e. public availability)?

My theory is tied back to that information I received in July. I think that Microsoft is in fact going to continue updating Windows 8.1 past the RTM date—just as it did with Windows 8 a year ago, by the way—and artificially buy some time to fix bugs and clean things up. This is akin to a plane that pulls away from the terminal but then doesn’t head out to the runway until later, all the while claiming an on-time departure. That is, the August RTM date is essentially bogus.

October presents a very clean one-year delta between the initial release of Windows 8 and Windows 8.1, and of course the August RTM dates for both—no matter how bogus—also line up nicely. This is the type of thing engineers enjoy doing. But most would understand why it rubs me—and, I suspect, others—the wrong way.