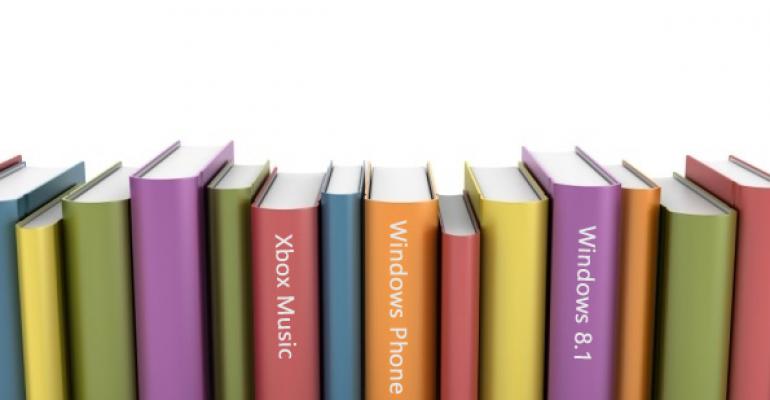 Some thoughts about what comes next

A few months back, I started thinking about what I’d write when Paul Thurrott’s Windows Phone 8 wound down and asked readers to vote on a set of topics that I thought would make sense for a broader audience. And while I will obviously continue to update the Windows Phone book, it’s time to start work on the next one. It will of course be about Windows.

In Vote for the Next Book, I presented a number of possible topics I thought would make sense for this next book. By “make sense” I mean a few things: A topic I care about and wish to write about, a topic that will have broader interest to readers and could justify a small price tag, and a product that will be updated regularly going forward so that I can continue updating the book as needed.

The main topics I suggested were Windows, Outlook.com and Office 365 Home Premium, though related products like Surface (RT and Pro) and Office 365 Small Business/Small Business Premium were tossed into the mix as well. I was curious to see what you thought about things.

As a standalone topic, Outlook.com took the top spot and when you factor in a second, longer volume that includes Office 365 Home Premium content, it’s the clear winner, vote-wise. Surface was second, and Windows + Surface is a clear second place.

I’m going to write the Windows book first. But the key word there is first, because I’ve decided that I will be laying down a foundation of Microsoft books over the next year that will also include Outlook.com and, over time, Office 365 Home Premium. And taken as a whole, this set of books—Windows, Windows Phone, Outlook.com + Office, and Xbox Entertainment—will very closely mirror the key products and services that Microsoft provides to consumers. Once these are all in place, they can be updated, like a blog, over time.

I don’t want to get too far ahead of myself, but that’s the plan. This first edition of Windows 8.1 Book, as I do think of it, will explicitly cover Windows 8/RT with the Windows 8.1 update and Surface RT and Pro as well. (I’m tossing around the idea of two versions, where the second would cover Surface more explicitly.) It will be written and discussed transparently and publicly, like Windows Phone Book and Xbox Music Book. It will ultimately be very inexpensive to buy ($1 to $2) and those that don’t wish to pay will be able to get the PDF version for free, forever. I will accept donations.

Well. I should say we will accept donations.

You may know that I previously wrote Windows 8 Secrets with Rafael Rivera. This book was published traditionally, in paper book form, by Wiley. I have enjoyed and will continue my relationship with Wiley, and have several friends there. And the company did contact us about doing a Windows 8.1 Secrets for them. We ultimately declined this offer because they need it quickly and aren’t yet ready to move to a rapid release cycle/digital publishing model that both Rafael and I think is the way to go. But they’ll get there, and we’re not burning any bridges. Maybe Wiley can be the paper publisher for this or some future book. Maybe they move to a model that more closely resembles what we prefer. We’ll see.

Of course, we can’t and won’t use any content from Windows 8 Secrets and will instead need to start over from scratch. This may seem like an onerous requirement, and of course in many ways it is, but the truth is that Windows 8.1 includes so many changes that we would have ended up rewriting huge portions of Windows 8 Secrets had we updated that book. I suspect the amount of work this new book will require will be substantial, but not substantially more than updating the previous book.

From a schedule perspective, I’d like to be aggressive about finishing more quickly. This may require a series of releases with a smaller 1.0 book and then more additional content over time, but ideally it’s “done” by the New Year, or the end of January. I’ll know more once the TOC (table of contents) comes together. And then of course I’ll just miss the schedule. Well, hopefully not.

I’ll be writing more about the structure of the book later, of course, but it will be a task-based book like Windows Phone Book and Xbox Music Book. Hopefully, even more so, if that makes sense, and I have some ideas about evolving that style as well. We can make assumptions about users. Most people want to accomplish certain things, and learn how to be more efficient.

Hopefully by this time next year I’ll have a better-rounded and more complete set of books that cover Microsoft’s consumer-facing ecosystem nicely, and then can more easily keep them updated as new features and changes emerge. I’m as serious about the rapid release cycle as is Microsoft, and my many years of instant publishing on the web have nicely set the stage to make this very possible: This is book writing on a blog schedule. And if there’s one thing I’m good at, it’s cranking out the words.

First, a vacation: I will be taking a week off before I dive into this fully. But I am curious to hear which topics/tasks you think should be in the book and any other feedback you may have.