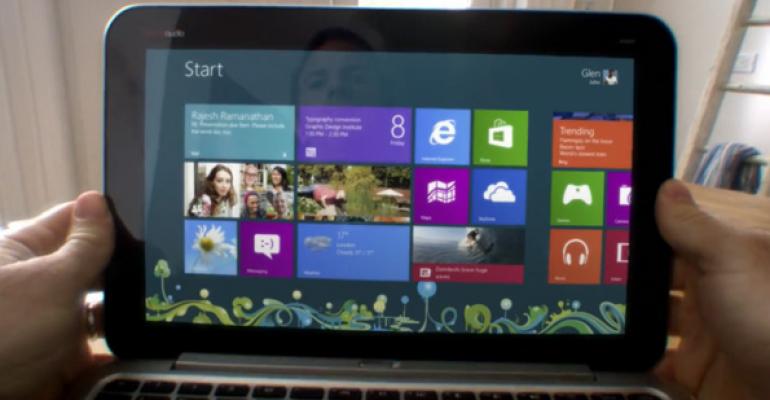 You can debate the specifics, but Microsoft's mobile strategy is a sound one

With Windows 8 off to an allegedly “awkward” start, some tech industry bloggers are starting to write Microsoft’s obituary, which requires actively forgetting how diverse this company really is. But rather than focus on the broader company, I’d like to hone in on one area that I think doesn’t get enough attention: Microsoft mobile strategy actually makes sense.

That strategy is: Bring the 1.3 billion Windows users forward to a completely new mobile platform, which is still called Windows, by combining the legacy past (desktop) with the mobile future (Metro), and do so while keeping an eye on what Microsoft calls the next billion customers.

Now, we can argue with the specifics of the strategy. Some still pine for the Start button for some reason, while others more sensibly debate whether the comingling of Metro and desktop—which genuinely is awkward—was handled properly. I don’t care about that stuff. The strategy is sound.

To understand why, let’s look at what Microsoft’s critics are saying about it.

The Mac Observer’s John Martellaro is promoting Warner Crocker’s viewpoint that Microsoft’s marketing is “clueless” for promoting compatibility with USB ports and legacy x86 applications because “the mobile computing world is moving (has moved) far beyond that kind of thinking. We’re not talking horse and buggy vs. automobiles just yet, but we’re damned close.” So, Windows is horse and buggy (worse than the “truck” in Steve Jobs’ explanation of the iPad) whereas truly mobile devices like the iPad and iPhone are automobiles. Windows is old fashioned in other words.

“The problem is … that Windows 8 has to do double duty as a desktop and mobile OS in order to preserve both the Windows legacy and MS Office,” Martello concludes. “Cough. Horse and buggy indeed.”

See, the reason this strategy actually makes sense is that Microsoft does have a Windows and Office legacy, a legacy that has a combined user base of well over a billion people. That it was able to bring those people forward and create a new mobile platform in the same OS is arguably one of Microsoft’s technical greatest achievements, akin to Apple’s port of Mac OS X to Intel. And when Microsoft moves from Metro + desktop to just Metro in the future, let’s all remember that the reason that even could happen is that “Microsoft marketing” focused on USB ports and x86 desktop applications first. You know, the stuff actual customers actually care about.

Let’s not forget that Apple didn’t start over from scratch with the iPad, either, folks. It took its iPhone “legacy” in a new direction and created a system based on what was popular for that company. It did basically the same thing Microsoft did: What made the most sense given its past and its user base.

And by the way, Apple doesn’t exactly do a great job of starting over when it does have to bring forward about a billion users to something new either. After foisting about 10 absolutely horrible iTunes upgrades on Windows and Mac users over the past decade, Apple finally (and belatedly) shipped iTunes 11 this week. This release is the first version of iTunes that isn’t a “horse and buggy” and is instead the PC version of a mobile app: It’s simple, easy to use, and stripped of non-essentials. So while you’re patting yourself on the back for Microsoft’s supposed missteps and for Apple’s supposed victories, let’s please remember how long that latter company got iTunes wrong too.

There is a lot of hand-wringing going on these days in the Microsoft camp. Most of it is unnecessary. And none of the problems are unfixable.