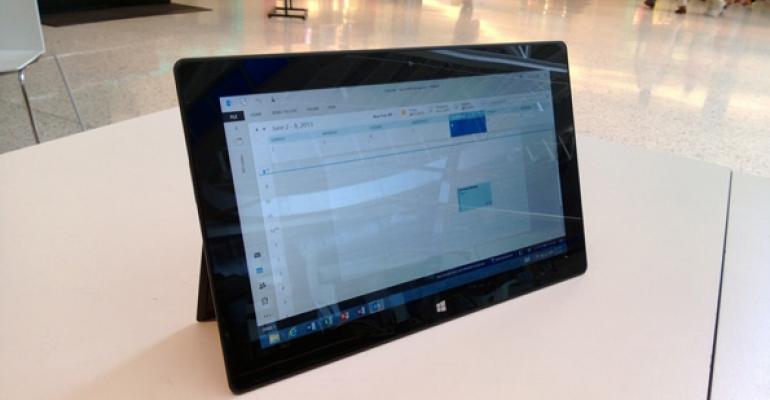 Over the next few weeks, I’ll be testing Outlook 2013 RT on a Surface RT tablet to determine whether this new application impacts the performance, battery life, or reliability of the device. Wait, you say you’ve never actually seen Outlook 2013 RT? Well. Here it is.

I wrote earlier in the article In Blue: Outlook RT that Microsoft would be releasing Outlook 2013 RT as part of the Windows 8.1 Milestone Preview (MP) on June 26. But that’s an awful long time to wait. :)

In just a quick run-through of the application, it appears to look and work identically to Outlook 2013 on x86, as expected. But the installer I received actually contains a full ARM-based Office 2013 install, with other Windows RT-based Office applications, like Publisher, Access, InfoPath—and even SkyDrive Pro—that are not available today. I can’t imagine we’ll be seeing these applications released on June 26, but their existence here suggests that it could happen easily enough in the future.