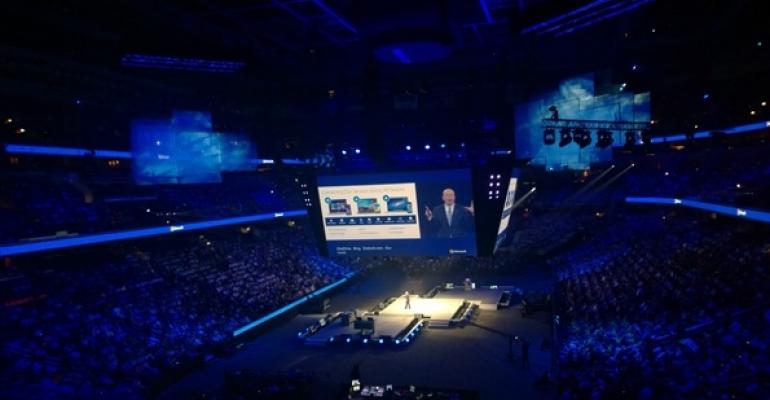 Not really anything new, but a bit more detail for GA

This week, Microsoft COO Kevin Turner provided a more detailed view of the schedule for Windows 10, reiterating that the firm planned to ship the final version of the OS sometime in late 2015. But Mr. Turner also provided a bit more information about interim milestones for Windows 10. Unfortunately, much of this contradicted the previously understood schedule.

As you may recall, Microsoft revealed Windows 10 at a short press conference in San Francisco on September 30 and released the first pre-release milestone, the Windows Technical Preview, on October 1. During the Q&A after the announcement, Terry Myerson said that Microsoft would ship a consumer-oriented milestone and detail new user experiences in early 2015, reveal the Windows 10 developer story at BUILD in April 2015, and then ship Windows 10 "later" in 2015.

During an appearance at the Credit Suisse technology conference, Mr. Turner provided more details about this schedule, much of which doesn't correspond to what we heard earlier. But the bad news is that "later" in 2015 could have meant May or June, and from Mr. Turner's comments it appears that late 2015—September/October perhaps—is far more likely.

Turner said that Microsoft plans to talk about the end user/consumer features in Windows 10 in "early spring," well past the planned January timeframe. This is most likely incorrect, as Mary Jo Foley's sources have indicated that the actual consumer event is planned for late January in Redmond.) Early spring is almost certainly a reference to Build.) Mary Jo also reports that this release is now called the January Technical Preview (JTP), which is of course a laughably bad name.

After that, Turner said, Microsoft will offer a developer preview of Windows 10 in "early summer." Again, this timing is almost certainly incorrect: The developer preview will ship at Build in April (which is actually "early spring.") But that makes me wonder if there isn't an "early summer" milestone. Perhaps he means "code complete"?

Finally, Mr. Turner said that Microsoft would ship Windows 10 (GA, or general availability) in summer or early fall. That suggests September/October, as noted.

These changes shouldn't really be surprising: The history of Windows is littered with examples of products that didn't ship until well past their originally planned launch date. And let's not forget that Microsoft originally planned to ship the final version of Windows 10—then called Windows 9—in April 2015. So this isn't even a big change compared to the original schedule.