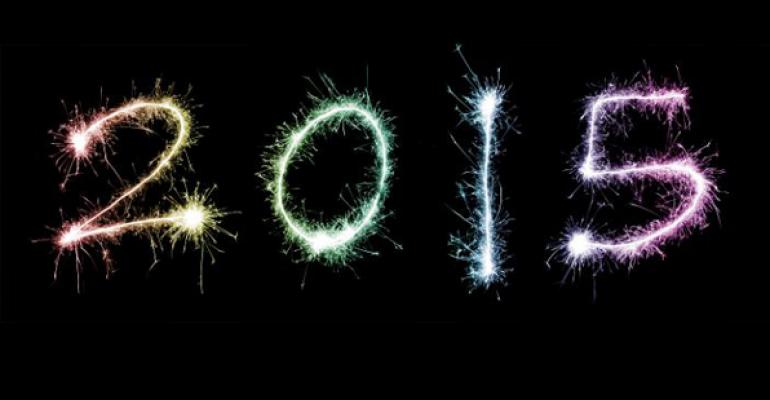 With the first year of "mobile first, cloud first" behind us, I'd like to see Microsoft revert to a more normal release schedule that includes, rather than excludes, Windows and Windows Phone users. By this point, we have to assume that the firm's mobile app efforts on Android and iOS have matured to the point where they're competitive. Please, Microsoft. Turn your attention to Windows in 2015.

Throughout 2014, I played the role of psychologist for Microsoft's fragile-feeling fans of Windows and Windows Phone. I argued that the company was pushing forward with Android and iOS mobile apps to the expense and exclusion of Windows and Windows Phone for purely pragmatic reasons, that that's where the users really are, and that it needed to catch up in those markets.

It was all true. But it's 2015 now, and Microsoft has caught up. Now we need a sign—a clear sign—that this period of excluding Windows and Windows Phone from the mobile app bonanza is over.

Here's what I'm looking for.

Microsoft, going forward, should no longer release Android- or iOS-specific apps or app upgrades without ensuring that the Windows and Windows Phone versions of those apps do not already feature the same or equivalent functionality, or will do so within x number of days (30? 60? Something reasonable.)

Microsoft should further ensure that there are "better together" advantages of sticking within a Microsoft-focused ecosystem, that its mobile apps on Windows/Phone essentially be "better" at all times than those same apps on other platforms. Office Touch for Windows should be a superset of Office for iPad, period. And that should be true of all mobile apps going forward. Not Windows first, that ship has sailed. But Windows better.

Otherwise, Microsoft, you're going to see the first real exodus of your most faithful users in 2015. Based on the feedback I receive—feedback that I can only assume is amplified by some huge percentage to Microsoft itself—the software giant's biggest proponents are not feeling so enthusiastic these days. They're losing faith. They don't believe in the current strategy, and they certainly don't see how propping up Android or iOS helps them or Microsoft's OS platforms.

I do see both sides of this. But again, it's 2015. The mobile apps are largely "there," if you will, roughly of equal usefulness and value across the major platforms. This year, Microsoft, you need to respect Windows and its users with new and improved apps that put your own platforms above those of rivals.