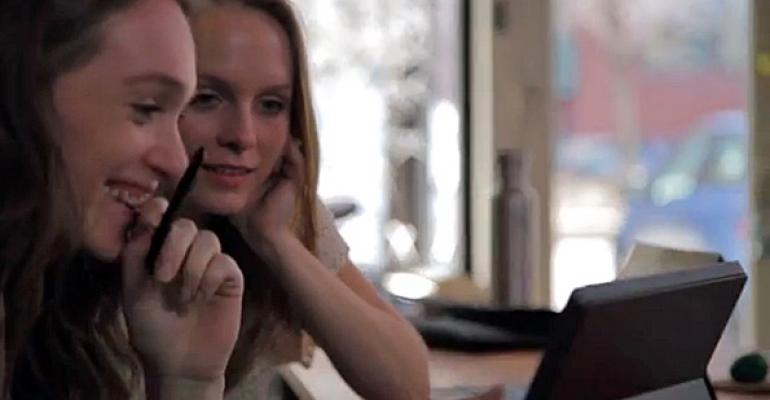 Windows 8.1 overcomes one of the stranger limitations in Windows 8 and Windows RT, making the use of removable SD and micro-SD storage more seamless and automatic. But how you approach this capability will be determined largely by the type of device you’re using and whether you intend to stick largely to the “Metro” or desktop environment.

It may seem funny to put such an emphasis on SD and micro-SD storage, given that the latter peters out at 64 GB, relatively paltry amount of storage. But with the advent of Windows 8, Microsoft has started guiding this relatively ancient OS towards a future of highly-connected, ultra-mobile devices. These new types of computing devices—tablets, of course, but also a new range of hybrid PCs—often sacrifice some of the characteristics we had come to associate and even assume with PCs, including powerful but inefficient processors and seemingly endless amounts of RAM and onboard storage. And SD supports hits on the storage changes in these new device types.

If you’re familiar with Windows 8 on new devices, you may have run into the issues this OS has handling SD and micro-SD storage. If not, the short version goes like this: Despite the fact that many Windows 8/RT devices pretty much require SD/micro-SD expansion because they come with limited amounts (32GB to 64GB) of onboard storage, Windows 8/RT itself is incapable of letting these machines seamlessly use that storage. And that’s because the Metro-style apps you would use on such devices rely on a feature called libraries which debuted with Windows 7. And Windows 8/RT, like Windows 7 before it, does not allow you to add SD/micro-SD storage to libraries.

Again, long story short, there were workarounds far and wide. None worked properly all of the time. So in Windows 8.1, Microsoft is finally fixing this most curious of Windows 8/RT flaws. With this update, Windows 8/RT can suddenly use SD/micro-SD storage correctly.

But here’s the weird part. How this works differs between the desktop and Metro environments.

In Windows 8.1 Tip: Use Micro-SD with Libraries and Metro-Style Apps, I explained how you can configure SD/micro-SD storage to work correctly with Windows 8.1 from the desktop interface. I wrote this one up first because it is the more comprehensive of the two approaches and works with both Metro-style apps and the desktop and its own applications. If you think you are going to be using the desktop environment exclusively or most often, please do refer to that article for the right way to configure SD or micro-SD expansion in Windows 8 or Windows RT with Windows 8.1.

But this is Windows 8/RT, we’re talking about here. You know, the Franken-OS. So there is another way.

First, let’s look at how you configure Windows 8/RT with Windows 8.1 to use SD or micro-SD storage, instead of your device’s internal storage, for music, photos and videos. (And here’s the first clue that simpler isn’t always better: This does not include documents, just media.) You do so through the newly expanded PC Settings interface (WINKEY + I, Change PC Settings). Navigate to PC & Devices and then Devices. There are the bottom, you will see a group called Default Save Locations.

Click the Set Up button to configure Windows to use your SD/micro-SD card … for music, photos, and videos only.

When you do, Windows creates special Music, Pictures, and Videos folders on the SD card, which you can see by navigating to it with File Explorer on the desktop. Each folder is associated with your user account, so you can actually configure the same card for multiple accounts if needed.

Going forward, Metro-style apps and desktop applications will use these locations for file saves. But this change didn’t remove any of the previously-used folder locations in any libraries. So the Photos app still shows the contents of your Pictures and Public Pictures, by default. But it also shows content that is found in that Pictures folder on the SD card.

Back in the desktop environment, you can see what this change really accomplished: The Pictures folder on the SD card was added to the Pictures library, at the end of the list behind Pictures and Public Pictures. And it has been configured as the default Save location.

But if you wish to remove the other locations—as I do—then you’re still going to have to muck around in the desktop, using the interface shown above, which is consistent across the Music, Pictures and Videos libraries.

And remember, the Documents library was not affected by this. So if you want to store your documents on the SD card, you will need to configure that manually. In the desktop.

On that note, it’s pretty clear that Microsoft would prefer that users save documents to SkyDrive, which, as you know, is another new integration feature in Windows 8.1: Check out Hands-On with Windows 8.1: SkyDrive Integration to learn more. Indeed, if you configure SkyDrive during Windows 8.1 Setup as Microsoft recommends, SkyDrive does become your default save location for documents. Which you can see by examining the Documents library.

See the problem? No? The SkyDrive documents location is on the C: drive, the built-in storage on your device. And there’s no way, at least in the Windows 8.1 Preview, to reconfigure that to use the SD storage instead. Which I have to think many people would want.