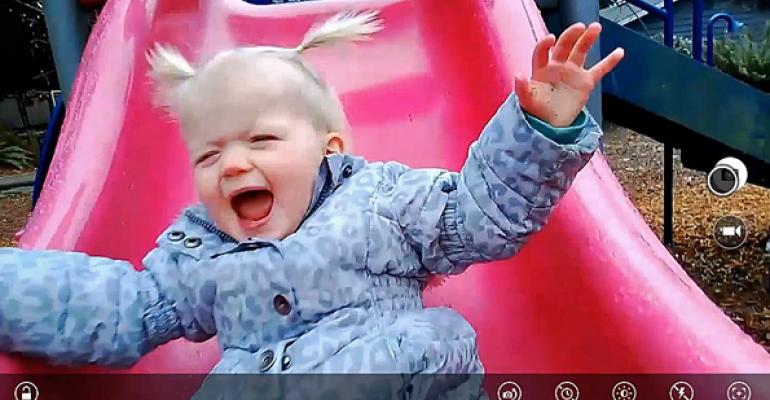 If you’re familiar with Windows Essentials, you know that it has long included a superior desktop-based photo solution called Windows Photo Gallery that provides well-rounded management, editing, viewing and sharing capabilities. Of course, the “Metro” mobile environment in Windows 8/RT has different requirements. Here, simplicity is the goal, and rather than provide a single “jack of all trades” toolkit inside of a single app, Microsoft is rather supplying a number of apps, each of which provides key functionality only.

With the Windows 8.1 update, these apps and their roles are changing somewhat. The Photos app I previously highlighted is severely limited compared to the version that shipped with the original version of Windows 8 and RT, and as I and many others have complained, some of those limitations appear to make the app borderline useless. But I’ve increasingly come to believe that most of the missing features in the new Photos app are in fact deliberate, the key exception being a much-needed way to acquire photos from a digital camera or memory card (and I do expect that to appear before Windows 8.1 RTMs in August).Microsoft has clearly set down a new path with this release.

From what I can see, the Photos app has changed from being a destination app—a place where you go to enjoy photo slideshows that can consist of pictures stored locally on your device or in various online services—to one that is instead a secondary, utility app that will more often be summoned behind the scenes by other apps. So while you can launch Photos manually and look at the photos that are on your PC, more often than not, you’ll secretly be invoking Photos when you view pictures in other apps, like SkyDrive and the Camera app I’ll discuss below. In Windows 8.1, these and other apps can offer an Edit app bar button that launches the exact same Edit experience I discussed previously—as well as the same other options, like Delete, Open With, Set As Lock Screen, Rotate and Crop.

I actually came to this conclusion while messing around with the updated Camera app that’s included with Windows 8.1. This app now provides an integrated panorama feature based on the Photosynth mobile app that Microsoft provides on Windows Phone and iPhone, though it’s not available on all devices for some reason: You will see a round panorama button onscreen, on the left through the viewfinder, if it is available.

If you’ve used Photosynth, you get the drill, but honestly, the version in the Windows 8.1 Camera app is even easier to use. (Maybe it’s because the device is bigger, I’m not sure.)

The rest of the app works as expected, with both photo and video modes, a timer, the ability to switch between cameras when more than one is available, and of course an integrated camera roll, much like the Camera app in Windows Phone. Indeed, it was while perusing this camera roll that I finally realized that the app bar commands in that view were consistent with every other photo viewing experience in Windows 8.1. It’s not a coincidence: The Photos app is meant to work behind the scenes.

New to Windows 8.1 is a Movie Moments app that lets you edit your personal videos—the videos you’ve taken with your Windows device’s camera, a smart phone, or other camera—into short, fun creations you can then enjoy and share.

When you select a video, you’re provided with helpful tips for the most common editing tasks—which, in keeping with the Metro philosophy, is all the app supports—such as trimming from the beginning and end, adding titles, and so on.

You can also add music, and Microsoft provides free, downloadable songs in a variety of styles, which is a nice touch.

Then it’s off to preview the movie and, when done, you can save it to your device or share it using the normal Windows 8/RT Share charm and any compatible app.

It’s no Movie Maker, but whatever: This is all the editing, saving and sharing functionality that most people will ever want, and it works well.