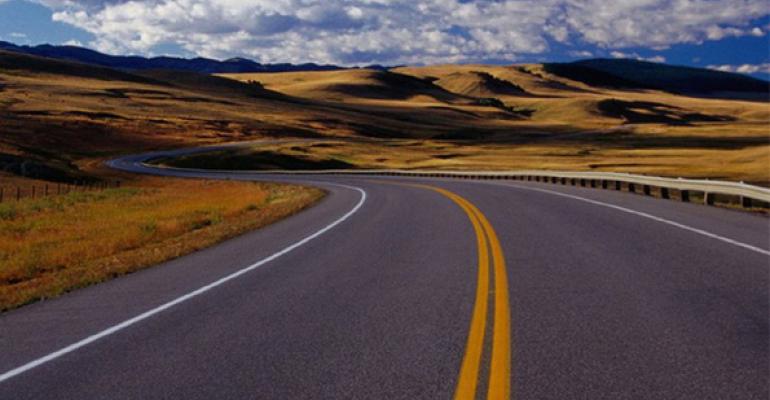 We had a good run

Sixteen and a half years ago, I hopped on a plane in Phoenix and headed off to a Windows NT 5.0 Reviewer's Workshop in Seattle. Little did I know that this event would forever change my life: It led to the creation of what I thought would be a one-off web site first called the Windows NT 5.0 SuperSite, which of course then grew into something much bigger. But today, I'm saying goodbye to the SuperSite and heading off on a new adventure.

The good news? I'm going to keep writing about Microsoft, and Windows, and the consumer technologies that we all care about so much. It's just going to happen at a new address: thurrott.com. And the SuperSite will continue without me, as it should.

My new site goes live on Saturday, January 17, 2015, but for now I'd like to step back and think about the history of this site how it evolved from its original humble roots into the most influential web site for Windows enthusiasts in the world.

First, the name. Over the years, many people have criticized me for using the name "SuperSite," as if I were egotistically suggesting that this site was in some way superior to other Windows web sites. But the name SuperSite wasn't meant in that way. It was instead meant to communicate that this site was dedicated to a single topic, in this case what was once called Windows NT 5.0. And maybe there would be other "super sites" in the future that laser-focused on other products, like Office perhaps.

And then it changed. Windows NT 5.0 became Windows 2000. Microsoft at that time in the late 1990s was concerned about third party web sites using the word "Windows" first in their names and they asked me and many others to change their site names accordingly. So instead of the Windows SuperSite it became the SuperSite for Windows.

And then it exploded, with Longhorn in particular and then forward into subsequent releases. If I were to pick a high point for the site, it would have to be the craziness around PDC 2003, when Microsoft revealed Longhorn to the world at an event that was part rock concert, part religious gathering. That was in many ways the beginning of the end for the software giant—it's still reeling from the subsequent problems and the rise of faster-moving competitors—but the nice thing for me was that even Microsoft's disasters have been good for the SuperSite. My Windows Vista, Windows 8, Zune and Windows Phone coverage has been more popular than almost everything else I've written over the years.

The SuperSite for Windows has been very good to me, and I hope that I've been very good to it, and, more important, to the readers who made it all possible. But if everything was so good, you may be wondering, why leave now?

It's complicated. But what's missing from the short narrative above is the other half of the story, about the people I worked with to make the SuperSite successful. These are the people you don't know about, and have in many cases never heard of, though they are in fact very important.

I started the SuperSite for Windows independently in August 1998, about 4 months after my first son was born. It joined my other web sites, WinInformant (for the WinInfo news and information newsletter, "no fluff!") and the Internet Nexus (which had a section called—wait for—the future of Windows).

About a year after that, someone from Duke Publishing—which published Windows NT Magazine—reached out to me and asked if I'd be interested in writing a commentary for a weekly email newsletter called Windows NT UPDATE. I jumped at this opportunity given Windows NT Magazine's rock solid reputation. But when Windows NT Magazine founder Mark Smith asked me that October to join Duke, I was flabbergasted. Duke ultimately purchased both WinInformant and the SuperSite and I officially joined in January 2000, exactly 15 years ago.

By the way, I have written that UPDATE newsletter every single week since then. And of course I updated both WinInfo (which became part of Windows the NT Magazine—now Windows IT Pro—web site) and the SuperSite daily since then as well.

I didn't do this alone. Yes, I wrote the articles. But behind the scenes was an amazing team of editorial and technical people who made everything happen. I don't want to leave anyone out, so I can't name them all, but this team of people evolved and changed over the years, as you might expect, but was most notable for its quality. We were coworkers, but we were also a team. We were—still are—friends.

I work from home, and have for about 20 years now, and this probably saved others from having to deal with my peculiarities. But I traveled regularly to Loveland, Colorado, where Duke Publishing was originally located, and then to the newer digs in Fort Collins, Colorado more recently. And we got together at industry events regularly as well. These times were my favorite work moments of the past decade and a half, and it's hard to fully express the comradery and friendships that developed as a result. I love these people.

What changed over time is just the usual work-related stuff. Penton purchased Duke Publishing several months after I signed on, in August 2000, and over time the impact of being part of a big company weighed ever more heavily on me. For many years, I was insulated from this as the Duke team in Colorado effectively sheltered me. But as my friends and coworkers were in some cases promoted within "big Penton" (as I thought of it) or were laid off—hey, it's a big company with priorities that extend far beyond my little group—the layers between me and the corporation around me grew thin and then disappeared.

This isn't a dig at Penton. It's a great company, and was a wonderful benefactor for all these years. And I'm friends with—and care deeply for—many people at Penton. I'm just not fit for corporate life. I need to be on my own or with a smaller team to thrive, and over the course of the past year I felt increasingly that it was time to move on. I do so with a deep sense of regret because I know I'm letting down some people whom I care for, and because I'm leaving behind the legacy of this site.

But I'm also hopeful for the future. I plan to continue doing what I do at thurrott.com and I've partnered with some new friends to make that happen. Penton will continue the SuperSite for Windows as well. And I hope you will all support us both.

Today, my son, like the SuperSite for Windows, is 16 years old. He has a driver's license and a job, and he bears zero resemblance to the tiny baby he was when I first launched the site. Indeed, a lot has changed since the start of this little site. Life is strange and wonderful like that, I guess.