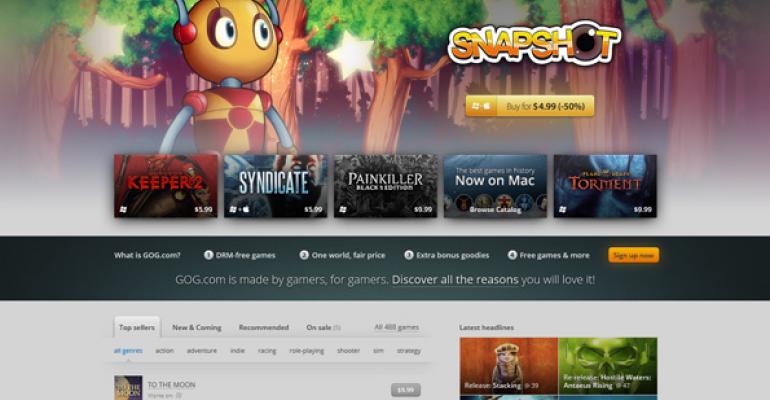 Good Old Games, or GOG.com, was a tip of the week on Windows Weekly years ago: The service offers older PC-based video games at very low prices and bereft of the horrific DRM schemes that have been ruining PC gaming from within for years. But another benefit of GOG is that they work to make these older games run well on modern Windows versions. And now the service is explicitly supporting Windows 8.

According to GOG, over 90 percent of its titles are officially supported on Windows 8.

“A lot of you have been asking recently if we’re going to support Windows 8 officially,” a news post on GOG reads. “Our answer has been, ‘let’s wait for the release of the OS and we’ll look into it and see.’ Well, Windows 8 has been out for a while, and as such we’ve had time to look into it. We have good news.”

According to the announcement, most GOG games—over 90 percent of the 431 available titles—are now supported on Windows 8. This means they’ve been fixed, tested, and reported to be working properly under Microsoft's new OS, GOG says. It will be adding more games to the list of titles compatible with Windows 8 going forward as well.

You can see whether an individual game is supported in Windows 8 by visiting its page on GOG.com. For example, the game “Painkiller Black Edition,” which I recall liking quite a bit before I evolved to an Xbox 360 controller, is just $9.99 on the service and supports Windows XP, Vista, 7, and 8.

Visit GOG.com today and check out the selection. There’s some good stuff in there.