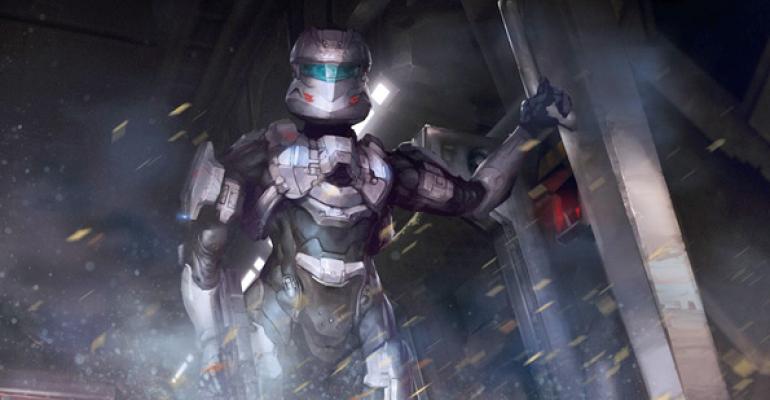 Having spent a few more days with “Halo: Spartan Assault” on Windows 8/RT and Windows Phone 8, I’m even more impressed than before. This is the first truly great Windows 8/RT game, in particular, and while I like that Microsoft has added keyboard/mouse support, it really shines when you use the native multi-touch interface. But my previous write-up left out one of the best features of this title: It lets you play on one device—Windows 8, Windows RT, Windows Phone—and then pick up the play where you left off on another.

I previously wrote about this game in Halo: Spartan Assault for Windows 8, Windows RT and Windows Phone 8. Since then I’ve been getting further into it, but I missed the cross-device play (which is arguably cross-platform play, really) because I had started playing it with different Microsoft accounts on my phone and tablet. But it works: Play through a certain level on the phone—say, A-4—and when you pick it up again on the tablet, A-5 is now available. And vice versa.

A couple of other points about the game.

While I still think Halo: Spartan Assault offers a better experience on Windows 8/RT—even the lowly Acer Iconia W3 or Surface RT can play the game without stuttering or other performance issues—and am not thrilled that it’s a Verizon-exclusive on Windows Phone through August 15, there is some good news. In addition to the game popping up on other carriers in mid-August, Microsoft says that a version for phones with just 512 MB of RAM is coming in August too. So stay tuned.

On Windows 8/RT, play on a tablet with multi-touch if you can. Unlike with shooters, the top-down UI this game employs—which reminds me quite a bit of Diablo, for whatever that’s worth—seems to work with multi-touch particularly well. It just seems natural to me, and if you are switching back and forth between Windows 8/RT and Windows Phone, the transition will be much easier. But it’s not just that: When you play the game in multi-touch mode, all the controls you can use are visible on-screen. I’ve forgotten some basic stuff when playing with keyboard and mouse and there’s no way to access a controls guide while playing.

For Windows 8/RT—the “Metro” mobile environment, in other words—Halo: Spartan Assault is a watershed moment. It’s curious to me, given the volume of Xbox LIVE games on Windows Phone, that the Xbox LIVE game situation on Windows 8/RT has thus far been very lacking. This game is easily the best game yet on this platform, and a guide for how the makers of other shooter series—like Call of Duty—might adapt those successful series to multi-touch devices.

Of course, the ability to attach a real Xbox controller to a Windows 8 or RT device gives Metro a theoretical advantage over, say, the iPad or Android as well. Such support is coming to Halo: Spartan Assault, though it’s honestly not necessary. But I am intrigued by the thought of playing a COD-type Metro-style Xbox LIVE game in the future, on a plane or whatever, with an Xbox controller. Maybe this platform has legs after all.

Anyway, Halo: Spartan Assault is a great game. There’s no trial version, which is bizarre, and it’s a bit expensive as mobile games go. But the replay value is there, and the cross-platform/cross-device play capabilities are much appreciated.