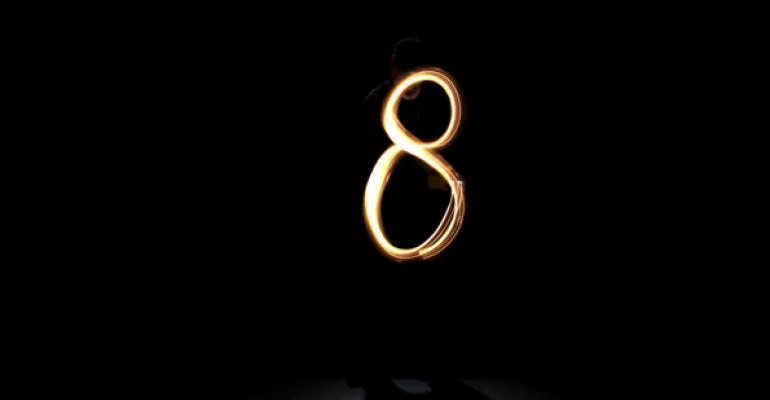 “Despite the hype, and hope, around the launch of Windows 8, the new operating system did little to boost holiday sales or improve the year-long Windows notebook sales decline,” NPD noted. “Windows notebook holiday unit sales dropped 11 percent, on par with Black Friday, and similar to the yearly trend, but revenue trends weakened since Black Friday to end the holiday period down 10.5 percent … .  [Average Selling Prices, or ASPs] rose only $2 to $420. Touchscreen notebooks were 4.5 percent of Windows 8 sales with ASPs around $700.  Sales of Windows notebooks under $500 fell by 16 percent while notebooks priced above $500 increased 4 percent.”

NPD only provides a small sliver of its data to the public, but it generates much more comprehensive reports, for a fee, for companies like Microsoft that have a stake in this market. But buried even in this single public statement is the clue we need to explain Windows 8’s slow start.

I’ve written—and spoken about, on podcasts—about how Windows 7, somewhat miraculously and/or suspiciously, was able to maintain a steady selling rate of approximately 20 million units per month over its three year lifespan. And I’ve furthered that Windows 8 needs to reach that figure, at a minimum, because it targets two markets, that for PCs and that for tablets. To be truly successful, Windows 8 needs to sell far more than 20 million licenses a month.

The funny thing is, we’ve held up Windows 7 as the gold standard when it comes to Windows versions. It was non-controversial, lauded for cleaning up the Windows Vista “mess” (whether real or perceived), and is still generally regarded as a high-water mark of sorts. Those who pan Windows 8 invariably compare it, unfavorably, to Windows 7, and wonder why Microsoft simply couldn’t have made another Windows 7 instead.

But it’s simple. Windows 7 was a lie.

See, that 20 million figure—which I believe to have been massaged from a bookkeeping standpoint—was unfairly bolstered by sales of low-cost PCs, primarily netbooks. And that’s the clue we see in the NPD statement above. It says that the average selling price of notebooks “rose only $2 to $420.” The average selling price of Windows-based PC notebooks is barely above $400. Do you know what the ASP is for Apple’s Macbook line? It’s $1419. A full $1000 more than that of a typical Windows notebook. $1000!

It’s not pat to say that the Windows PC market went for volume over quality, because it did: Many of those 20 million Windows 7 licenses each month—too many, I think—went to machines that are basically throwaway, plastic crap. Netbooks didn’t just rejuvenate the market just as Windows 7 appeared, they also destroyed it from within: Now consumers expect to pay next to nothing for a Windows PC. Most of them simply refuse to pay for more expensive Windows PCs.

(Before anyone else points this out, yes, the NPD’s data cited here does not include tablets, like Surface, nor does it measure sales at Microsoft’s own retail stores, which accounted for virtually all Surface sales in Q4. But let’s not pretend that Surface sales have taken off. Based on Microsoft’s silence, and what we do know about Windows 8 sales, it’s likely that Surface accounts for a tiny, tiny percentage of Windows 8 sales overall.)

In a privately distributed report, NPD concludes that “netbooks did an incalculable amount of damage to the PC market,” driving average selling prices down at an unsustainable rate. With Windows 8, of course, Microsoft is trying to reverse that trend, and it is doing so in two ways:

Tablets. Thanks to Apple, the average selling price of a capable, full-sized (~10-inch screen versions) tablet is about $650, with prices starting firmly at $500. (Some competitors finally began undercutting Apple in 2012, of course). Microsoft thus entered the market at $500 with a base Surface that basically requires at least another $110 to $120 of keyboard cover accessory, for a price of, wait for it, $610-$620. That’s $200 more than the ASP of a typical Windows notebook.

Multi-touch hybrid and traditional PCs. Those $420 PCs that everyone bought do not have multi-touch. According to NPD, the average selling price of a touch-based notebook is $700, about $300 more—almost double—the ASP of a typical Windows notebook. But touch-based notebook/hybrid PCs that cost $900 or more are twice as prevalent in the market as devices that cost $500 to $700. So PC makers made more of the more expensive devices, but sold more of the less expensive (non-touch) devices regardless.

These higher prices are better for both Microsoft and its PC maker partners. But no one is buying them.

Getting people to pay more for a product they were previously getting inexpensively is a tough one. Obviously, a touch-based PC is “more capable” than a non-touch-based PC. But I keep coming back to the same argument I’ve always had about the Surface in particular, which I’ll now make for all touch-based Windows 8 PCs/devices as well. They are too expensive.

And we’re reaching the point, given the actual sales data, where this too isn’t so much opinion as fact. Consumers are voting with their wallets, and the Windows PCs they’re buying today are cheap and non-touch-based. And the reason is that the touch-based machines are too expensive.

Years of relying on cheap netbook sales to bolster the shaky PC market have colored our perception of both Windows and the hardware on which it runs. For Windows 8 to succeed—reach or exceed that 20 million licenses per month figure—the average selling price of touch-based PCs and devices is going to have to come down. On a side note, I suspect this was the real impetus behind the push to get Windows 8 on ARM: ARM-based chipsets and devices are much less complex and thus less expensive to manufacture today than traditional PCs. That Microsoft then milked customers with higher Surface prices is, of course, unfortunate.

And while Apple has kept prices on its own ARM-based devices high, Android alternatives are flooding the market with cheaper prices. This is the part of the market the PC always occupied in its battles against the Mac. But I suspect that multi-touch Windows 8 PCs and devices can occupy a price range that fits neatly between that for Android tablets and that for iPads.

Regardless, prices need to come down. The 2012 holiday selling season has confirmed that these devices are too expensive.