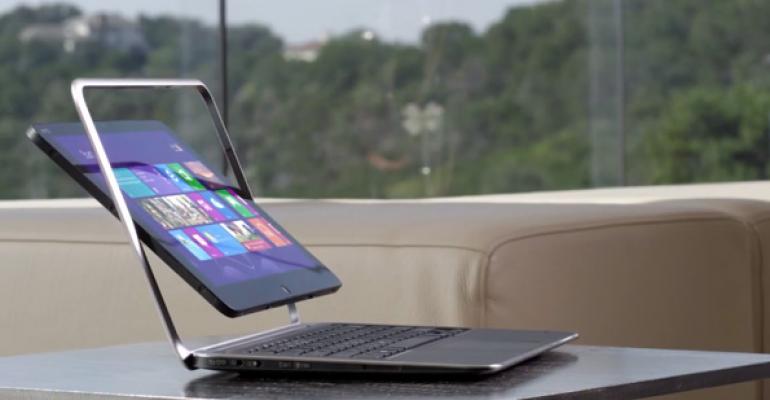 Dell goes for high-DPI with the XPS 11

This week at the Computex trade show in Taipei, Dell announced a wide range of Windows 8 PCs that will hit the market between now and the second half of the year. These PCs, running on next-generation Intel processors and often targeting Windows 8.1, represent part of a new generation of Windows 8 devices that will hopefully overshadow the lackluster launch devices.

Based on what I’ve seen so far, Dell’s new lineup looks pretty good. And while the PC maker has certainly announced a number of traditional PCs as well, what I’d like to focus on here are the hybrid designs that I think best take advantage of the unique design of Windows 8.x: The new XPS 11 and updated XPS 12.

This new Dell Ultrabook will ship “later this year.” It features a screen hinge that can rotate a full 360 degrees so that it can be used in a variety of positions, similar to the Lenovo IdeaPad Yoga. But what sets the XPS 11 apart is the screen: It runs at a crazy 2560 x 1440 (Quad HD) resolution, and in an 11-inch display. This tells me that the XPS 11 requires Windows 8.1, as this release will add some relief (on the desktop) for very high DPI displays. The XPS 11 is less than 15mm thick and less than 2.5 pounds. And it looks amazing.

You can find out more about the XPS 11 from the Dell web site.

An update to an existing machine, the next version of the Dell XPS 12 will retain its predecessor’s weird looking but useful “twist within a frame” screen design that lets you flip the screen around and use the device as a thick tablet. The next XPS 12 will feature the new Intel Core “Haswell” processor and offer dramatically better performance (1.6x) and battery life (up to 8 hours and 43 minutes, Dell claims).

The XPS 12 convertible laptop will be available in the coming weeks, Dell says.

Dell sort of lost me there for a while, but these designs look pretty solid, particularly that of the XPS 11, which I feel could point the way to a new normal of high DPI displays in the Windows world.