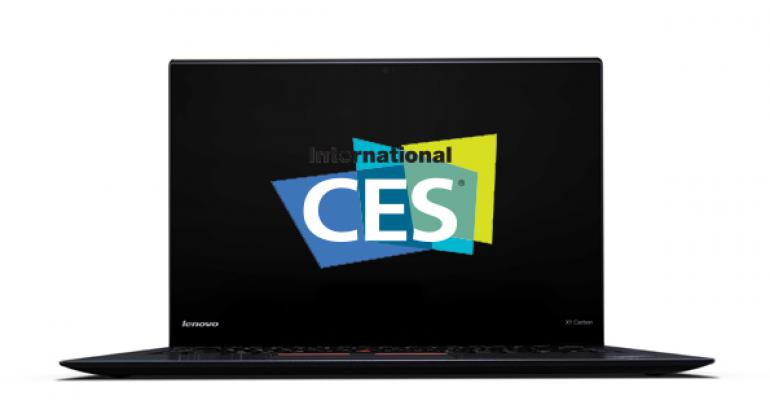 I've been sitting on this news for a few weeks and am quite excited to finally discuss Lenovo's 2015 ThinkPad lineup, which includes what I believe will be the best X1 Carbon yet. This new version fixes the only two issues I had with the 2014 model and will almost certainly be my next Ultrabook.

Buckle up, folks. There's a lot of new here.

The basics are the same as before: The X1 Carbon is the lightest 14-inch Ultrabook in the world, and one of the most attractive digital devices ever made, with a wonderful keyboard, a gorgeous screen, that super-desirable ThinkPad TrackPoint (and trackpad), and a crazy-thin form factor that can almost lay flat.

First, it dispenses with the weird adaptive keyboard strip that marred the otherwise nearly-perfect 2014 model. Now, we get a standard function key row, just as with the 2013 model.

As important, I think, you can now get the X1 Carbon with a normal Full HD (1920 x 1080) display, in addition to a super-high-res display that is a bit hard to use with Windows. That nicely answers my other criticism of the 2014 model.

The X1 Carbon weighs 2.9 pounds, features full-powered 5th generation Intel Core (i.e. not Core M) processors, and PCIe solid state storage that is 80 percent faster than SSD. Pricing starts at $1249 and it will be available in January 2015. I may buy this one sight unseen, but I'll be reviewing it either way.

I'll be writing about Lenovo's other ThinkPad announcements soon, but I wanted to highlight two related accessories that may be of interest, especially for those considering using the X1 Carbon as a desktop replacement:

ThinkPad Stack. This unique expansion system works both in an office and on the go, providing a modular, magnetized and interlocking design, which lets you use multiple Stack accessories in much less space. There are a number of stackable Stack accessories available, including the Power Bank (extra battery), a 1 TB USB 3.0 hard drive, a Wireless Access Point, and a Bluetooth Speaker.