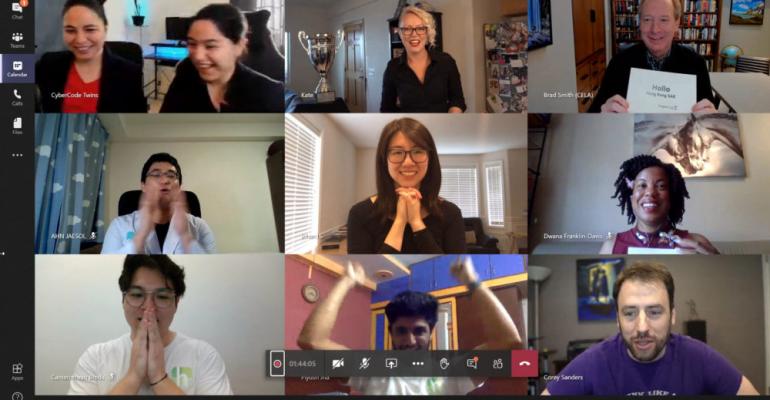 At Microsoft's virtual Build event, the Redmond company highlighted how it's increasing functionality and integration across its productivity-related offerings – and how it's committed to turning Teams into a single pane of glass for software, apps and development.

Despite the digital-only approach, there were still plenty of product announcements – particularly around the many Microsoft productivity tools and services. The Redmond company paid a lot of attention to team workflow and cross-functionality in its applications – especially with regards to Microsoft Teams, which it's committed to turning into a single pane of glass for teams working with software, apps and development.

This approach to placing key capabilities into a single pane of glass is not new for Microsoft. They have done similar work over the last couple of years with their Azure Dashboard, integrating access to most Azure services in a single view.

Here are all the enhancements to Microsoft productivity tools – as well as Edge and Windows 10 – announced at the virtual Build 2020 event.

Since Teams is becoming that single pane of glass for collaboration and productivity in Microsoft’s Office software package, the app itself is a perfect starting point.

For developers using Visual Studio and Visual Studio Code, new extensions for Teams will improve the workflow for publishing apps to AppSource, the app hub in Teams, or to an organization’s own app repository. If your business uses Power Apps for low code or no code app development, new integration with Teams will provide similar functionality for publishing these apps. Improvements to Teams will also make the discovery of apps easier when team members are looking to connect data from other sources/services within their Teams channels.

IT admins are also receiving new oversight abilities in the Teams admin center which include approval of line-of-business apps and arranging pre-installation of approved apps for end users in Teams. In addition, new templating tools will allow admins to configure default apps and layouts for apps and associated channels in Teams.

Another new feature in Microsoft Teams, Templates, will make the creation of teams more efficient by allowing admins to select templates as a starting point for the new team. From there they can be customized to standardize team structures within an organization and designate default channels and apps.

These will be arriving over the coming months.

For team leaders, this new service from Microsoft is going to provide numerous tools to help team members stay on track and productive throughout the lifetime of a product or service.

Microsoft Lists is much more than a to-do list because each entry can include detailed information so that any team member with access can review the item, clearly understand its progress, and contribute to work required for its completion. Included with the new service is a full collection of templates to help you begin using Microsoft Lists immediately for various use situations such as tracking issues, managing assets and tracking outstanding items for a project.

Lists can be viewed on a calendar for items with a due date, in a gallery view to not only display the text item but any image that is associated with the task, and as straightforward text-based lists.

Another unique feature is rules that can be crafted to notify team members of changes to lists they are tracking plus reminders about upcoming deadlines, etc. Full governance, security and compliance is also built into the service, like other Microsoft productivity tools.

Microsoft says that Lists will become available later this summer.

Yammer continues to expand its reach following new feature announcements at Microsoft Ignite 2019, which introduced the integration of Yammer into Outlook on the web.

Users can now directly interact with notifications from Yammer without leaving their email inbox using Outlook’s web interface. This includes viewing, liking and replying to posts through a display card for Yammer in the email itself.

This productivity enhancement runs parallel to the new Yammer experience that went into public preview earlier this year. This change with Yammer shifts the focus from groups to communities with Live Event support and makes it easier to follow others who are involved with similar projects and activities. This new experience is currently available on the Yammer mobile app and Yammer on the web.

Like with other Microsoft productivity tools, the Yammer team says that this new experience is expected in Outlook for Windows and Mac in the coming months.

It has been four months since the Stable channel of Microsoft Edge, the company’s new browser based on Chromium, made its public debut and became an option for enterprise customers.

Since then, the three development channels for the browser – Canary, Developer and Beta – have continued introducing new features and enhancements that have made their way into the latest Stable Channel builds.

These features will steadily make their way from the Edge testing channels before eventually landing in the Stable channel.

For web developers, the Webview2 preview now includes .NET and UWP (WinUI) development options. For any web developers who want to try out experimental web platform features to get ahead for your projects, you can now join the Origin Trials to gain access to prototype features that are not available publicly.

The new Edge features are rolling out first to Insider channels over the coming weeks.

The May 2020 Update for Windows 10, also known as Version 2004 (pronounced twenty-oh-four), is now out. Included in this update are features announced at Build 2020 to support Windows developers and IT admins.

Windows Terminal is out of preview and the first version is now available for enterprise use. This application allows single pane of glass access to command-line tools like Command Prompt, PowerShell and WSL. It can be customized with tabs, panes, themes, styles and other configurations to fit your workflow and methods