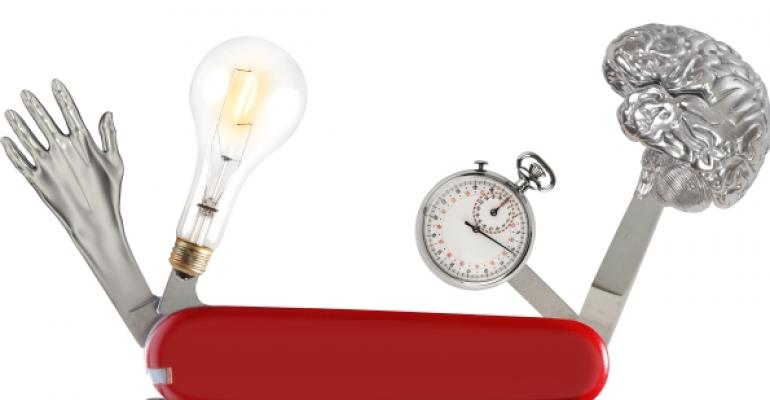 Q: What are the column and interleave values for a Storage Space?

A: Storage Spaces have several different layouts such as simple, mirror, and parity. All of these layouts write data across the disks in the Storage Pool.

When using the simple storage layout, data is simply written to disks in the Storage Pool with no resiliency of data; essentially data is striped across disks. Behind the scenes, there are two key attributes for a Storage Space (a virtual disk created in a Storage Pool):

It’s very common to customize the column and interleave values to really optimize the performance.  Great performance improvements can be found going from 2 to 4 for the column value, providing you have enough physical disks in the Storage Pool.

Note that the mirrored writes are not including in the column count, as a mirrored space with a column count of 2 uses 2 columns for the actual data written for each data stripe and an additional 2 disks

When using a Parity storage layout, the minimum number of columns is 3, which means you must have at least 3 disks as each stripe of data consists of two data columns and a parity column.

It is also possible to use dual-parity in Windows Server 2012 R2, which would use two columns for parity for each stripe of data.

Microsoft has a great Storage Space performance paper which goes in more detail and is worth a read.