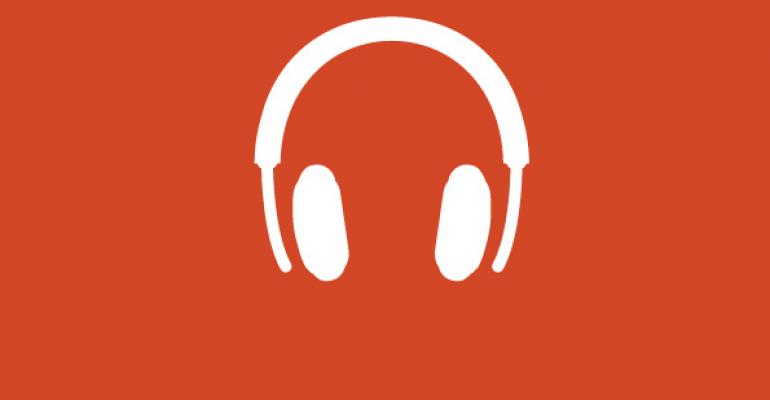 A first update to the Xbox Music mini-book, with a rough TOC and early version of the book for download

As you may recall, I’ve been working on what I think of as a mini-book about Xbox Music, something that can hopefully explain Microsoft confusing range of Xbox-branded digital music services to regular users. Here’s a short update and a quick look at the book-in-the-making.

As I noted in The Next Mini-Book: Xbox Music and have more fully explored in a series of Xbox Music Feature Focus articles, Xbox Music is a confusing mess, which of makes it the perfect topic for a book.

Of course, this kind of book is different than a web article: On this site, I can and do openly criticize any product or service that simply doesn’t make any sense, or works in illogical or consumer-unfriendly ways. The purpose of this type of book, however, is to help someone use the product or service, period. That is, they’ve already decided to use this thing. So I will be honest and upfront, especially about Xbox Music’s shortcomings. But I can’t really linger on that stuff.

In fact, I’m wondering how short this can be. I tend to overwrite, something I try to work on, and maybe this is as good a place as any to be serious about fixing that. I noted earlier that this mini-book could/should come in around 50 pages. But now I’m hoping more for the 25-50 page range. We’ll see.

If you’ve been following along with my longer book-in-the-making, Windows Phone Book, you know that one of the first things I try to do with any book is figure out its structure. These things change over time, especially during writing when a topic that was previously hidden/unknown becomes immediately obvious and necessary. And the most common way to structure a book is to create a table of contents, or TOC, which can be vague and rough (just a chapter listing) or more specific (with possibly multiple heading levels in each chapter).

For Xbox Music Book, as I’ll call this for now, writing that series of Xbox Music feature focus articles clarified something for me: This service—or more accurately, set of services—offers a decidedly different experienced based on two factors: Which platform (Windows 8/RT, Windows Phone 8, Xbox 360) you’re using and which service(s) (Xbox Music Pass, Xbox LIVE Gold) to which you’ve subscribed. So this helped guide a rough TOC.

That is, I have to assume that anyone reading a book about Xbox Music has either bought into Microsoft’s Xbox digital music ecosystem (and, more likely, the entire Microsoft ecosystem) or is at least considering it. So while I’ll expend a lot of energy on this site explain this, that and the other thing about which features require which services where, I think it can be more straightforward in the book. That is, I think most people will in fact either get an Xbox Music Pass or just use the free Music Pass-like features in Windows 8/RT. So I’ll be upfront about that, and provide notes about the experience, where appropriate, when you don’t have this subscription.

Second, and less important, if you have any desire at all to use Xbox Music or virtually any other service on your Xbox 360, you simply need to have an Xbox LIVE Gold subscription. So that too will be assumed, even more so than Xbox Music Pass. It’s a requirement.

With that out of the way, I figured it made the most sense to structure the book with the following rough “chapters” (or sections, or whatever):

Intro – What is Xbox Music. Why you would choose Xbox Music

Xbox Music Features – rote listing of each feature of the service(s), not platform-specific

Xbox Music for iPhone, iPad and Android (to come)

Putting It All Together – Integration scenarios with Xbox SmartGlass, PC sync, and so on

So that’s seven chapters/sections. You can find out about the service(s) generally up front and if you are using Xbox Music via a particular platform, there’s a chapter/section for each.

To arrive at this, I also studied Microsoft’s few public pronouncements about Xbox Music. This includes a few web-based press releases/interviews, and a few short videos, for the most part. Microsoft doesn’t provide any kind of a reviewer’s guide—as it does for, say, Windows 8 and Windows Phone 8—which I find very valuable for this kind of thing. But the way that Microsoft describes its products and services fascinates me, and I like incorporating this language in ways that make sense.

In a press release about Xbox Music, Microsoft describes the service as “the first all-in-one music service that gives you the freedom to stream custom-created playlists for free, subscribe to all the music you want or download-to-own your favorite songs.” This is accurate as far as it goes, though it conveniently leaves out the fact that these free playlists only sync between devices if you pay for Xbox Music Pass. But “all-in-one music service” is a great term, and I use it in the book … but attribute it as a Microsoft description, not a “fact.”

Anyway, I spend a lot of time studying how Microsoft describes things. And a lot of the notes that appear in the early version of the Xbox Music book linked below are based on these descriptions. The goal of the book in many ways is to explain how real life maps to those descriptions.

Given the tough TOC, I constructed the beginnings of the book. It is horribly, horribly incomplete, with only a few small sections—like some of the intro, and Free music streaming, Playlists, and Smart DJ, which were adapted from the previously-published feature focus articles. I have not included any screenshots yet. But I wanted to space out the book and see how it looked. I think the structure is OK, and once I fill in the remainder of the Xbox Music Features chapter/section, I think I’ll have a good idea of whether it will be closer to 25 or 50 pages.

Anyway, if you’re interested in this project, take a look. Right now, I guess I’m more focused on the structure than the actual writing, but any feedback is of course appreciated.