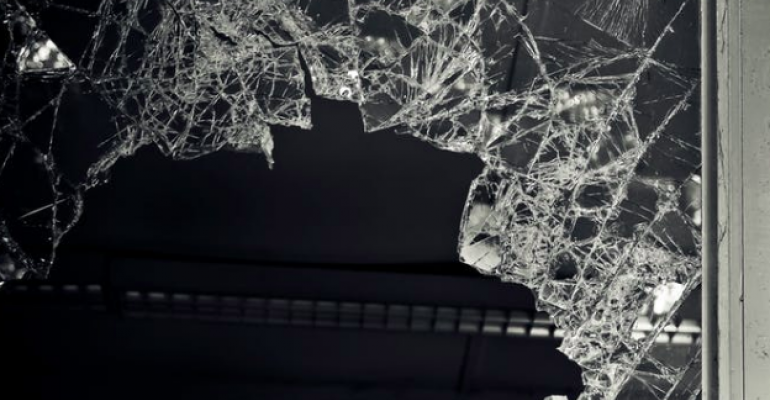 Microsoft's flagship OS has been popular for years despite ongoing issues, but the cloud and other forces have some declaring Windows dead.

Basic journalistic ethics requires me to start with a disclaimer here: I positively hate Microsoft Windows. Now, I was, in fact, a regular user--for both business and personal computing--of Microsoft Windows starting with Windows/386 (2.1, 1988) and going all the way to Vista in 2007. To that point, I had heartily resisted admonitions that I was wasting my time with a buggy, unreliable operating system--this mostly from Mac users, whom I dismissed as simply having too much money and too little skill with computers. (I have a degree in computer science.) Even today, many still claim that Macs are overpriced, and, looking at the hardware alone, this is true. Mac hardware is essentially identical to that of PCs, and often way behind current technology--from processors to wireless. Score one for a new Windows PC.

But no one buys a Mac for the hardware. I switched Farpoint Group to Macs in 2008 (largely because of the above-referenced Vista) , but we buy them for macOS (formerly OS X). Indeed, we pay more just to get that macOS, and we do so gladly. Why? It’s about the total cost of ownership (TCO), and software costs can be far higher than those of hardware alone when things aren’t going well.

MacOS is very easy to use. It’s reliable. It’s simple to understand, configure and adjust over time. It’s fast and distinctly reliable. I can count on one hand, literally, the number of times I’ve had problems with a Mac that took more than a few minutes to correct--and the two worst of those were due to hard-drive failures, not OS problems.

Windows, on the other hand ...  Well, you got me started, so here’s the story.

Bugs. Bugs and complexity. Bugs. Irritations. More bugs. And when problems did creep in, as they did regularly during my almost two decades of Windows dependence, I was down for the count. Yes, I do have that degree in computer science. Yes, I enjoy building, configuring and even fixing computers--except when I have to get a report out, participate in a video conference, or otherwise try to get my job done with a computer decked out with a buggy, unreliable and otherwise malfunctioning operating system. The final straw: All our Windows PCs, except those used for testing in the lab, got tossed when I simply could not get my shiny new Vista PC to connect to the network. Enough. By a good margin.

That’s the story of my bad attitude with respect to Windows. To be fair, it now goes back literally a decade. It’s thus fair to ask: Should I maintain this parochial attitude, here in the era of Windows 10?

Yes, I think I should, and I’m going to argue that you should, too. Windows needs to go away. Permanently. And Microsoft may in fact be on such a trajectory already, with this result not entirely its fault. But let’s start with the key problems that remain to this day:

Windows demands either a full-time system-administration person or staff, or a detailed understanding of the key elements of the OS, from user interface to the often-very-complex device manager. And speaking of that UI, gratuitous changes over the years have resulted in high support costs, uncertainty on the part of users and administrators alike, and even serious errors that compromised functionality, security and end user productivity. And think of all the versions we’ve had to evaluate over the years--even down to two of Windows 10 today. Why can’t we just have one?

Apple is an ecosystem company; it sells computers, handsets, tablets, a variety of software and a variety of services that are all part of a single ecosystem. Interoperation among Apple PCs, handsets and tablets is seamless via iCloud. With BYOD now the dominant device-provisioning metaphor, Windows is rapidly becoming an isolated element in an ever-less-important corner of the computing world.

This is the real deal killer for me. Windows still requires anti-virus and anti-malware software; don’t even think of connecting a Windows machine to the Internet without these safeguards. Security patches plugging fundamental architectural holes are still too common. The Windows API is ridiculously complex. And is Windows 10 really just spyware, gathering data from unsuspecting users? These continuing vulnerabilities keep Windows on the not-welcome list at Farpoint Group and in many other IT shops.

And there’s a huge paradigm shift underway in computing and IT. This is the era of mobility (operational portability), smartphones, tablets and the cloud. While client/server computing--they key motivator, far beyond the PC itself, for the historic dominance of Windows--remains, organizational LANs and carrier WANs largely exist to support highly mobile, easy-to-use, ubiquitous devices. Microsoft tried, and failed miserably, in this space--again, because of difficult-to-use mobile-device versions of Windows.

The company just hasn't gotten it, and now it's lost.

All of this collectively informs my prediction that Windows as we know it is soon to meet its demise. Whereas the microprocessor has from its inception been treated like a little mainframe computer--thus requiring an OS to make the complex world of hardware reasonable for applications--we’re now in the process of abstracting computing into the cloud. Computing, storage, applications and really everything required for computing (apart from end users' mobile devices) will be provisioned as a service in the cloud and will require very little client support. Yes, much of the OS moves into the cloud, as well, but, as is the case with mobile devices, that OS increasingly won’t be Windows.

The real winner here--over the long run, anyway--will be a flavor of Linux. Linux is essentially a variant of a version of UNIX, which is clearly the most influential OS ever developed and at the heart of not just Linux but also macOS and iOS. UNIX pioneered a number of OS constructs and capabilities that survive to this day--primarily thanks to Linux. And Linux, unlike Windows, is free and open-source.

If you really like Windows, I’d suggest that it's because you like applications that run on Windows and not the OS itself. It’s possible today to run many Windows apps via API support on Linux (via Wine) and even on a Chromebook, which is very functional without any Windows applications. In fact, if you’ve never tried Linux on a PC, please do so: Popular Linux distributions like Ubuntu and Mint are free, very easy to use, and don’t require powerful hardware. You’ll be amazed.

Even Microsoft is slowly but surely embracing Linux via Azure Sphere, which is for the moment targeted at IoT applications. And, of course, Microsoft still has its Office 365 applications on the Mac. But, no matter: Over time, all of these OSes will fade into the woodwork--I mean, hardware--as cloud-centric computing dominates. And, even speaking as a computer science major, this is a positive trend. OSes exist to make hardware reasonable and support applications; they should otherwise be invisible. And, as you might guess, I think Windows is far along the path to becoming another kind of invisible--as in, not there at all.