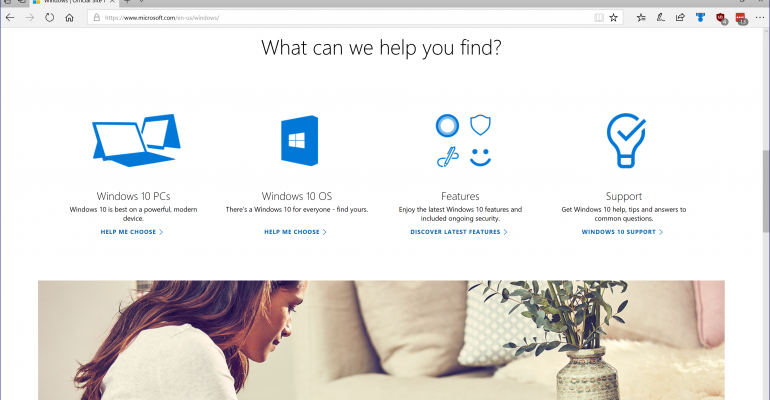 Windows 10 in Use on More Than 600 Million Active Devices

Although well short of Microsoft's original "One billion devices in two years" goal, the surge of new, active Windows 10 devices since May reverses two cycles of new-user decline.

Back at Microsoft's Build 2015, Terry Myerson, head of the Windows division at Microsoft, said the company expected Windows 10 to be on more than 1 billion devices in two to three years. Let's take a closer look at how these new 100 million devices compare to past updates to the company's growth numbers for Windows 10.

Over the last two years, the average daily rate of new Windows 10 devices (where "new" is either a device that's being upgraded or is a new purchase, period) has had mixed periods of increases and decreases. From June 2016 to May of this year, adoption rate was on a downhill run. But as you can see, that trend has been reversing over the last few months. This is the first increase in the daily adoption rate since the free consumer upgrade offer ended in the summer of 2016.

The 100 million devices that have come onilne since May include a good mix of new consumer devices and those coming from enterprise and business migrations.

Brace for the daily adoption rate to continue to rise: As more business organization move to Windows 10, they'll be buying new devices. With just a little more than two years to go until Windows 7 reaches its end of cycle support date in January 2018, I would expect these daily adoption numbers to continue to steadily move forward, with the biggest increases arriving in the final 12 months of Windows 7's lifecycle between January 2019 and January 2020.

As I have said before, I do not expect Microsoft to extend the lifecycle date for Windows 7 like they did for Windows XP after its 10 years of formal support, giving it an extra two years of life.

If for some reason your company has not started the process of planning a move to Windows 10 in the next two years, stay tuned to ITPro as we will bring you the tools and resources to assist you in that process.