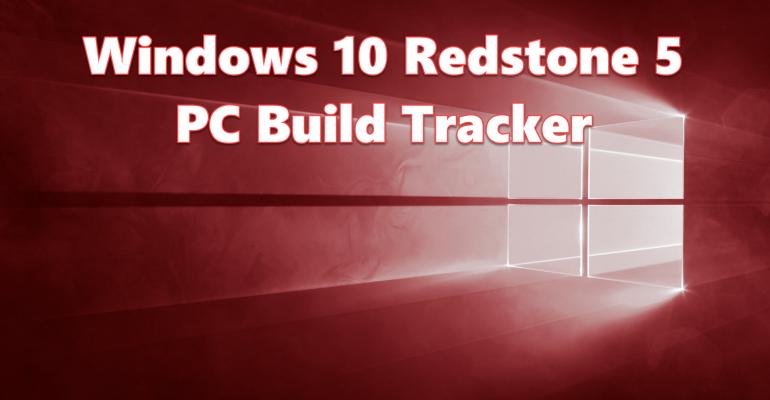 Start Slideshow ›
We track the history of the development builds released for Redstone 5 which will be the sixth overall feature update for Windows 10.

Note: We are already tracking development builds of the next feature update for Windows 10 under its code name of 19H1.

The sixth feature update for Windows 10 is known by the code name Redstone 5 and Microsoft has begun releasing builds in this new development branch as they wrap up work on Redstone 4.

Redstone 5 is expected to be released in the September/October 2018 time frame.

There is often no indication that a build will be released until it is announced by the Windows Insider team, and there is no schedule for when these builds will be flighted (Microsoft's process of evaluating a build for public release), but there are often hints on social media for the impending availability of a new test build.

Here at ITPro Today we track these build releases during each development cycle and this gallery documents the sequence of those releases from Microsoft.

The builds will be listed in the order they have been released by Microsoft, with the latest build listed first. Just click through the gallery images to see the sequence of builds along with the build number and date of release.