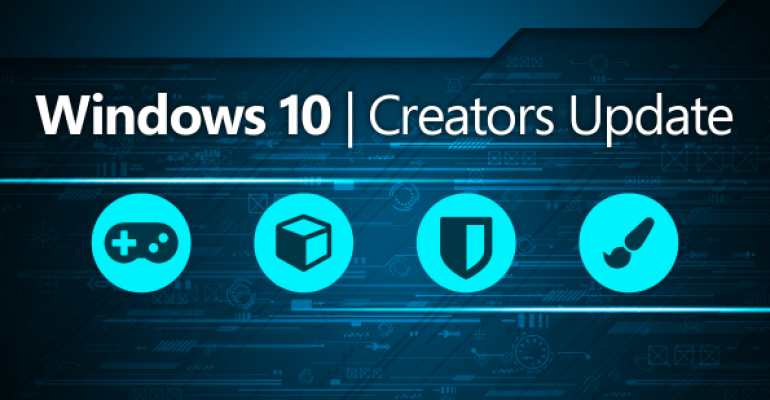 Is Windows 10 Creators Update a Worthy Upgrade for Businesses?

But, for many Enterprise customers running Windows 10 Pro or Windows 10 Enterprise, just the branding alone doesn’t lend itself to seem very business-like. The truth is that Microsoft’s naming abilities have long been suspect, and in this instance the company has been working hard to court gamers and artists. Businesses should always approach any update with scrutiny and want to test and delay before giving it the business-ready seal. Here’s a look at the value businesses might find in this latest big Windows 10 update and should help determine where an update or upgrade fits on the ever-growing project list. Use these in your own testing.

Not pulling punches, but Microsoft Edge has been a crap web browser – and has been a major source of pain for many users and those tasked with supporting those users. This is not the browser revolution Microsoft promised us when it was still codenamed Spartan. Constant tab hangs, force closes out of the blue and sites that are unresponsive are just a few of the complaints. And, personally I’ve experienced each of these myself – a lot!

But, I can attest that the Microsoft Edge that comes installed with Windows 10 Creators Update is a much kinder, better and more stable version. <knock on wood> but I have had zero issues.

Bottom line: Windows 10 Creators Update installs the best version of Microsoft Edge yet. Business users may not care about the new plug-ins available with the rollout, but they will enjoy a browser that is more compatible, more stable, and less likely to ruin their day.

We’ve seen a couple launches of Windows 10 in the past couple years and each update has had its problems. And then, over time as Microsoft has rolled out monthly cumulative updates (some of which have been notoriously bad), the performance and stability have gotten worse.

Windows 10 Creators Update has been carefully vetted to work better and is almost like applying a clean slate to the operating system. Personally, after upgrade I had a couple issues myself – both of which Windows 10 Creators Update solved on its own. There was a driver issue with the Cisco AnyConnect VPN client (which is always a problem after an upgrade) and the upgrade was smart enough to locate, download, and update the failing driver without my involvement. That’s a first!  Additionally, I had an issue with Snag-it. A simple reboot solved that.

Microsoft is promising that it will soon begin minimizing the sizes of its constant updates by delivering only the pieces of the updates that are needed. Differential downloads only include the changes that have been pushed out since the Windows 10 PC was last updated. Microsoft calls the technology the Unified Update Platform (UUP) and it will deliver with Windows 10 Creators Update.

Bottom line: Differential updating is huge. This will save on network bandwidth and the time required to update all the Windows 10 devices in the business. This is absolutely intended to make the lives of both the IT Pro and the end user better.

Microsoft continues to consolidate pieces of the operating system. We’re almost to the point in Windows 10 where there are no remnants of Windows 8.1 left. One area where this is evident is in the Windows Defender Security Center. The Windows Defender Security Center is a dashboard that consolidate security options including anti-virus, network and firewall protection.

Overall, yes, on the surface Windows 10 Creators Update is intended to lure gamers and artists into using Windows 10 and Windows 10-enabled devices. But, Microsoft also knows where revenue exists – particularly for a client operating system that is a free upgrade. Windows 10 is a continuing story, and businesses are a very important chapter. There’s much to like about Windows 10 Creators Update, and if you can past the consumer-like branding, there’s also some valuable nuggets for which businesses should invest cycles for testing.

By the time IT/Dev Connections 2017 starts-up this fall (October 23-27, 2017 in San Francisco), there should be many businesses ready to start deploying the upgrade or delivering the update with new PCs. With folks like Johan Arwidmark and Ami Casto on tap to deliver deployment sessions, you’ll be hard pressed to find a better conference to attend.