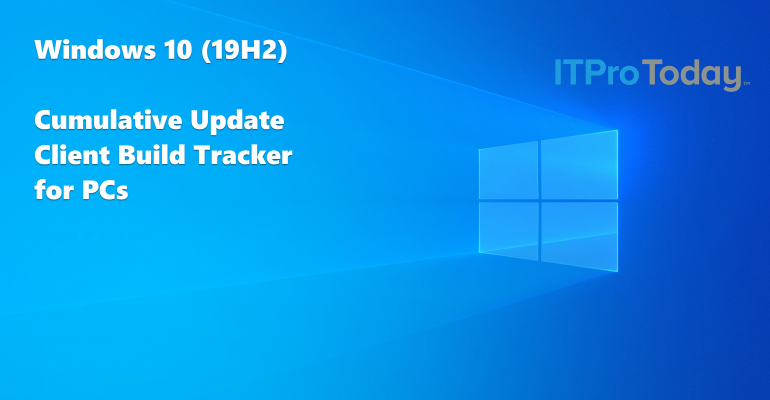 Start Slideshow ›
We track the history of the updates released for the upcoming 19H2 update of Windows 10 which is targetted for release in September 2019.

The next update for Windows 10, expected to be delivered this September 2019, is now finally being tested by the Windows Insider Program. This program allows IT pros, system admins and enthusiasts to test future updates for Windows 10 through these pre-release builds.

The update that has just begun testing, codenamed 19H2, is not going to be the typical full-fledged feature update that we have become accustomed to over the last few years. Instead, this update will come in the form of a cumulative update and end-users will be able to install it over top of the Windows 10 (Version 1903) update that was released back in May of this year when it is released later this year. This will result in an overall smaller download, faster update process, and a full 30 months of support as the fall release of Windows 10.

This is a significant change for Microsoft because the update will be focused on stability and performance enhancements rather than a slew of new features. Another change is that the 19H2 update is only being tested in the Windows Insider Slow Ring since next year's 20H1 release is already being tested in the Fast Ring.

No matter which ring this update is being tested in, we will bring you a full tracker here of each sequential update that is released for the testing of 19H2 to help you keep up to date.

Be aware, there is often no indication that a build will be released until it is announced by the Windows Insider team and there is no schedule for when these builds will be flighted, Microsoft's process of evaluating a build for public release, but weekly releases are the norm in most circumstances.