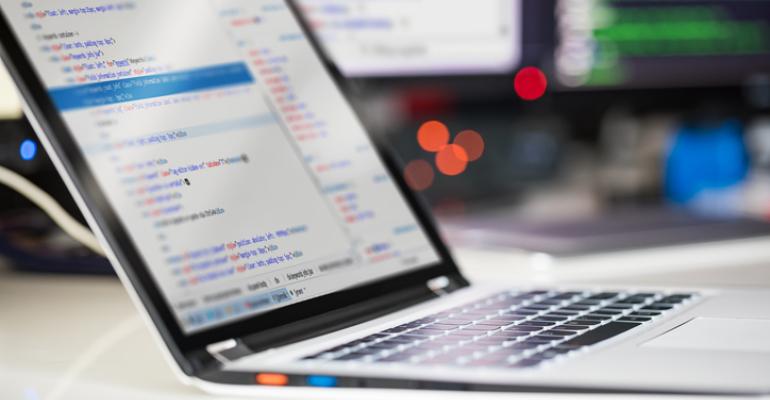 Rust the Most Popular Programming Language According to Dev Poll

What's the most popular programming language among developers? According to a recent survey conducted by Stack Overflow, an online community for developers, that would be Rust, even though JavaScript is the language devs use most often.

Over 100,000 people took part in this year's annual survey, with most of the respondents hailing from Europe, North America, or Asia, and the rest of the globe represented by less than 10,000 survey takers. For some questions the poll breaks the results into answers from "all respondents" and those who identified themselves as "professional developers." For our look we're focusing on the latter group.

In a "select all that apply" question, 71.5 percent of devs taking the survey indicate they work with JavaScript, making it the most commonly used programming language for six years running. The second and third spots are taken by HTML and CSS respectively, which isn't surprising considering that 16.3 percent of those taking the survey say they work in web development or design, making that the most widely held job slot in the poll. The survey results tag Python as the fasting-growing language on the list.

Devs may be working a lot with JavaScript, but their hearts belong to Rust.

In the most popular programming language category -- the survey calls it "most loved" -- 78.9 percent of respondents say they'd rather work with Rust than other languages. The second and third spots are taken by Java-associated Kotlin, which hadn't been offered as a choice before this year, and Python. The most dreaded language? For the third year in a row, Visual Basic 6 tops the list, with 89.9 percent of devs indicating they would shed no tears if they never had to work with the language again. Python is the "most wanted" language, meaning it's the language that developers want to learn if they're not using it yet.

Linux, with a 48.3 percent usage rate, passes Windows to take the top spot for the most commonly used platform by developers in another "choose all that apply" question. The second and third positions are taken by Windows -- desktop or server -- and Android. Linux also takes top spot as the "most loved" platform, with Windows crossing the line in the number 13 position. Serverless and AWS follow closely behind Linux here.

The most dreaded platform is SharePoint, followed by Drupal and Salesforce. Windows also made this list -- at position 14. Android is the platform on which most devs want to start developing if they aren't already, followed by the Raspberry Pi, AWS, and Linux.

Perhaps the biggest take away from this survey is in its indication of the difficulty the tech industry faces as it attempts to foster diversity. Of the professional developers taking the survey, 93.1 percent were male and 74.3 percent were white or of European descent. "This year, 7.4 percent of professional developers in the United States identified as black, Hispanic or Latino/Latina, or Native American while over 10 percent of students in the United States identified as a member of one of these groups," the poll takers point out.

Another interesting statistic: a higher percentage of women than men indicate they've been coding for five or fewer years -- 47.9 percent versus 30 percent. This might illustrate the difficulty that tech industry spokespeople say they have keeping female employees on board after they're hired.

The diversity of an organization doesn't seem to be of much concern to either men or women when assessing job offers. Only 1.3 percent of men and 4.3 percent of women list "the diversity of the company or organization" as an important consideration. When it comes to respondents identifying as non-binary, however, 12.9 percent say a company's diversity is important. When deciding whether to take a job, men value "the compensation and benefits offered" the most, while women and non-binaries both list "the office environment or company culture" as the most important consideration.

Not surprisingly, developer salaries in the U.S. are far higher than the global average. Worldwide, developers can expect to make anywhere between $89,000 and $40,000 annually, depending on the development type, while in the States the range is from $137,000 to $83.00 dollars. Topping the list both globally and in the U.S. is engineering managers, followed by DevOps specialists. The lowest paid globally are game and graphics developers, or quality assurance and test developers stateside.

A more complete look at the Developer Survey results is available on the Stack Overflow website.