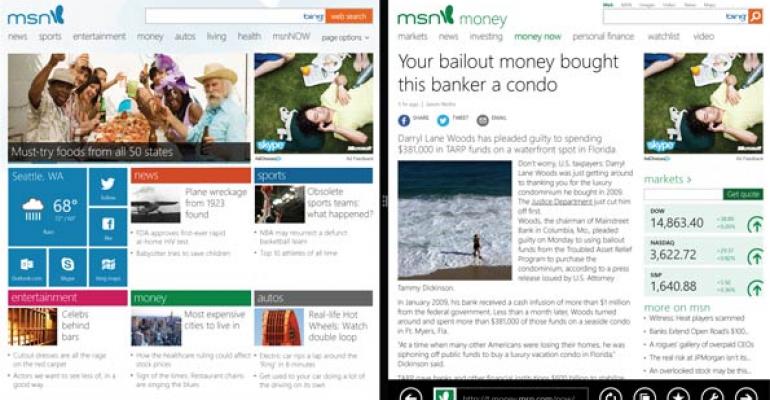 Web development resources for optimizing your websites for Internet Explorer 11

Today Microsoft is making Internet Explorer 11 (IE 11) available to download worldwide, now making the browser available to millions of users in 95 different languages. Although you can download IE 11 today, Microsoft noted that it will be rolling out automatic updates for Windows 7 users to upgrade to IE 11 in the weeks ahead, starting today with users who are currently running the IE 11 Developer and Release Previews.

We’ve continually been hearing “touch is the new fast,” since Microsoft outlined its mission to provide a seamless and fluid browsing experience for device users at the Build earlier this year. You can read more about Microsoft’s direction for IE 11 in our article, “Build 2013: Internet Explorer 11 Preview Embraces Touch-First Browsing.” With this in mind, Microsoft is also promising that IE 11 runs 30 percent faster compared to competing browsers, and IE 11 users will see a 9 percent performance increase over IE 10. Additional noteworthy enhancements include an improved Chakra JIT compiler for better performance development and support for several different ECMAScript6 standard components for improved interoperability.

It’s also worth noting key enhancements that make developing in IE 11 much faster and productive:

New F12 Developer Tools. Along with supporting the latest standards and frameworks that are commonly used by web developers, Microsoft has included new F12 tools that let developers iteratively and visually debug and tune their websites.

Hardware-Accelerated 3D Web Graphics. Developers can take advantage of GPU acceleration by running interoperable WebGL experiences on all devices. In addition, IE 11 scans for unsafe WebGL content and utilizes a software-based renderer to complement the GPU. More importantly, graphics subsystem failures aren’t fatal in Windows as WebGL continues to run. By far and away, the new WebGL enhancements to IE 11 make it much easier for developers to create fun and immersive 3D experiences.

Interoperability. IE 11 is interoperable with existing websites, but run faster and more fluid in IE.

Quality & Dynamic Experiences on the Web. The latest release of IE now supports HTML5 video without the use of plugins. Furthermore, IE 11 also supports closed captioning and streaming that adapts to available network bandwidth so your can deliver quality and immersive video experiences to your users.

That’s just the icing on the cake, but if you’re looking for more in-depth resources to get started developing for IE 11, I recommend visiting the IE 11 Guide for Developers for an extensive set of new and improved web standards support in IE 11.