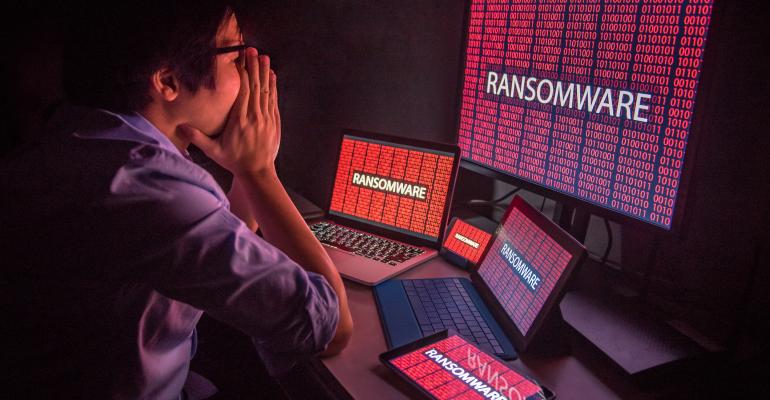 10 Tips for Recovery From Ransomware Attacks

A ransomware incident can blindside an organization’s IT teams. Use these tips to ensure successful recovery from ransomware infections.

Ransomware attacks are among the disasters that businesses dread the most. Insidious, expensive, and reputation-crushing, ransomware can put organizations out of business for days, or even longer.

A recent report from Cybersecurity Insiders and Bitglass found that IT and security leaders regard ransomware as an “extreme” threat and expect the threat to worsen. While tools and processes can help mitigate the risks, it’s probably inevitable that most organizations will suffer a ransomware attack one day.

Here are 10 best practices for recovery from ransomware attacks, according to experts.

Once you discover you’ve been hacked, unplug everything immediately.

“I know it’s hard to actually push that red button, but it’s critical,” said Jeff Harbert, director of technical services programs at Commvault. “If encryption and ransomware hit one site, it can traverse your network and hit other systems.”

On a Saturday morning, Kacoroski said, a team member discovered that a database server wasn’t working. “When I came in, the first thing I did was check the server and turn it off, but what I should have done is pulled the plug on the entire data center,” Kacoroski explained. “But I took an hour to figure out what was going on before shutting everything down. I didn’t understand that if one server is hit in the data center, you have to assume that everything has been hit.”

2. Recover to a secure sandbox, and keep everything offline until you’re sure it’s clean

When Kacoroski’s team initiated recovery from its ransomware event, the team encountered plenty of surprises.

For example, the food services system, which facilitates 30,000 meals per day and generates government reports for low-income lunch reimbursement, flew under the radar for a long time, Kacoroski said. It was an old system, but it worked so well that nobody gave it a second thought. After the ransomware attack, however, the IT team discovered that the system’s data was kept on employee workstations, and everything was lost.

While every department will want its systems up right away, it’s important to know in advance the order in which things should be recovered.

For Northshore School District, that meant first restoring the student record and payroll systems, along with Active Directory, Kacoroski said.

Hackers today intentionally target backups, which they use to move around inside networks. That means that organizations must ensure that backup systems have critical security defenses. In addition, they must ensure that settings and authorizations are properly configured.

Ever since Northshore School District’s ransomware incident, which involved losing access to Active Directory, Kacoroski said he has been a fan of using multiple backup techniques and airgaps. Today, the IT team runs to Active Directory controllers locally and in Microsoft Azure. The local backup is fully air-gapped and locked, meaning backups can’t be deleted until a designated expiration time.

The installation of tools doesn’t mean that your protection measures are sufficient. Ransomware threats continue to evolve.

That’s why Steven Hannah, chief architect at Meridian IT, a managed services provider (MSP) that helps organizations protect their data, recommends annual health checks. “It’s important to go over how an organization is recovering data, how the recovery has been working, what’s being backed up, and what’s changed,” Hannah said.

Having the help of a third party to do regular health checks isn’t a bad idea, Hannah added. Third-party firms such as MSPs may identify problems missed by internal staff.

7. Don’t be afraid to ask for help

With a small IT team, Kacoroski said he isn’t above asking for help when he needs it. With only two system administrators on staff, there simply wasn’t enough hands on deck during Northshore School District’s recovery from ransomware. Because the school district already had a working relationship with a local hosting vendor, Kacoroski asked the vendor for assistance. The vendor provided six systems administrators to help.

8. Don’t skimp on the tools

It’s generally hard to determine which tools you should own, so it’s understandable that budget-conscious IT teams hold back from acquiring certain technologies. During a ransomware event, however, you’ll recognize the importance of having the right security tools in place.

In Northshore School District’s case, the IT team had been hesitant about buying an expensive network intrusion detection tool. After its recovery from ransomware, the team didn’t think twice about implementing the security technology. In addition to deploying a security monitoring system from SIEMonster, the team replaced Microsoft Defender with MalwareBytes endpoint protection to safeguard Windows workstations, Kacoroski said.

Prior to the ransomware attack, Northshore School District used cloud computing for only application services, Kacoroski noted. Everything else used an on-premises data center.

When the ransomware hit the data center, IT staff decided it was time to move more resources to the cloud. The transition included migrating an on-premises version of a student records system. The move to cloud meant the team didn’t have to rebuild 24 local servers.

10. Prepare for the next ransomware attack

Although it may be hard to think about, your organization will face another ransomware attack sometime down the line.

It’s also worth considering cyber insurance, which can cover some of the ransomware recovery costs, Hannah added.