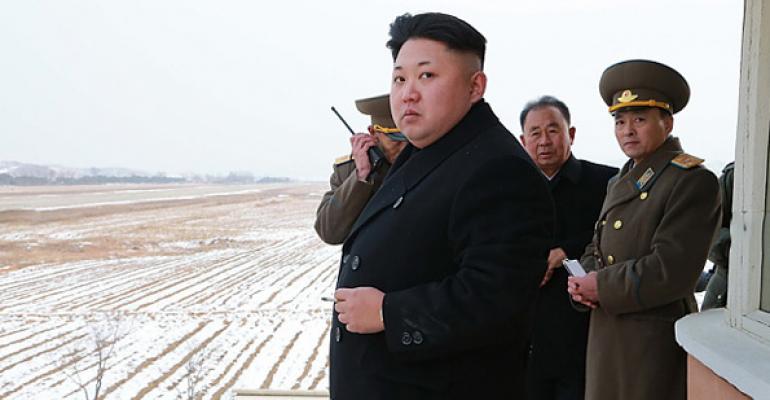 US Suspects North Korea Had Help with Sony Attack

I get by with a little help from my hacker friends

Reuters is reporting this week that the US government now believes that North Korea didn't act alone in launching a massive cyber-attack against Sony Pictures. Instead, it "contracted" hackers from outside the isolated country to bring down the entertainment firm.

That North Korea would need outside help isn't exactly a revelation: The country isn't known to have particularly sophisticated electronic capabilities. But the news helps to reassert North Korea's central role in the attack at a time when some security experts, upset that the US government isn't explaining its data-gathering techniques, are openly wondering whether the correct attacker has been identified.

"The FBI has concluded the Government of North Korea is responsible for the theft and destruction of data on the network of Sony Pictures Entertainment," a Federal Bureau of Investigation statement reiterated this week. "There is no credible information to indicate that any other individual or party is responsible for this cyber-incident."

North Korea has denied its involvement, of course, and a number of conspiracy theories have emerged since so little public information has been made available about the attacks. But the US has said, repeatedly now, that these attacks originated with the North Korean government. Even President Obama has publicly stated that North Korea was responsible, a move that would not have been made lightly.

There is other related news.

North Korea recently accused the US government of being responsible for "erasing" the totalitarian state from the Internet a week ago. Rather than deny the charge, the US has simply remained silent on the issue, though a DOJ spokesperson at the time said that some parts of the US response to the Sony Pictures attack would be "seen" while others "may not be seen."

And then there's "The Interview," the silly comedy movie that sits at the heart of this drama. After pulling the theatrical release of the movie because of now-discredited terrorist threats, Sony eventually allowed both Google and Microsoft to sell and rent the film electronically, leading to a $15 million opening and the most successful digital movie release of all time.

In North Korea, Kim Jong-Un's government has set up a "task force" to prevent the movie—which depicts Jong-Un's death in somewhat graphic form—from entering the country. But they aren't worried about electronic versions of the film making their way to North Korea: Instead, dissidents and defectors are expected to float in pirated versions of "The Interview" on DVD attached to balloons. Now, that's a fun new kind of black market.