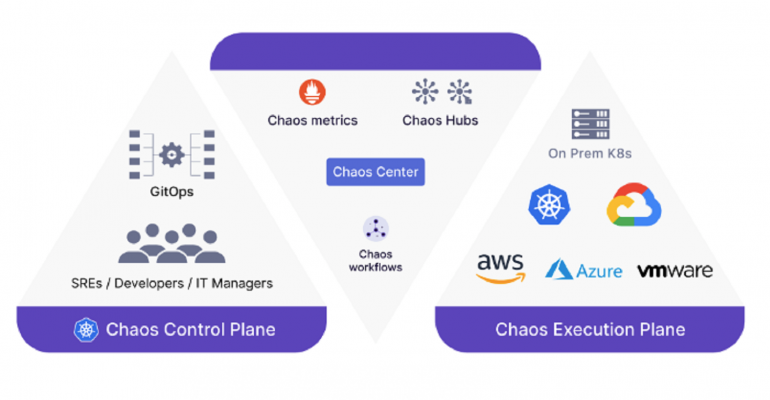 The Litmus chaos engineering project reaches a new level of maturity in the Cloud Native Computing Foundation as usage and features grow.

The CNCF, which is home to a growing number of cloud-native open source efforts, has three layers of maturity for its projects: sandbox, incubation and graduated project status, which has been achieved by multiple projects, including the Kubernetes container orchestration system. The Litmus project, which was started in 2017 by development firm ChaosNative, became a CNCF sandbox project in 2020.

"Litmus has seen tremendous adoption over the last year, and all the feedback we have been receiving has been making it back into the project," Karthik Satchitanand, Litmus project maintainer and open source lead at ChaosNative, told ITPro Today. "We recently released 2.0 that adds features to enable enterprise adoption and make chaos engineering simpler."

Litmus is a framework with multiple components that combine to enable developers and SRE professionals to implement chaos engineering experiments in a cloud-native environment.

However, chaos engineering is more than simply testing an application with some form of chaos input. There is also the concept of a chaos workflow, which is implemented by the Litmus Workflows component that was added in Litmus 2.0.

"A chaos workflow is much more than a simple chaos experiment," the Litmus project documentation states. "It supports the user in defining the expected result, observing the result, analyzing the overall system behaviour, and in the decision-making process if the system needs to be tuned for improving the resilience."

Going a step further, the ChaosCenter component in Litmus provides users with a way to monitor and schedule Litmus Workflows. The project refers to ChaosCenter as "a single source of truth to control all the different Chaos Activities happening around Litmus."

Since joining the CNCF in 2020, Litmus has also introduced support for non-Kubernetes chaos targets, according to Satchitanand. Additionally, observability features have been added, including the ability to export metrics for the CNCF Prometheus project to help users validate the impact of a given chaos experiment.

The Litmus Probes component has also been built and matured during the project's tenure at the CNCF. Satchitanand said the project has built multiple types of probes for automated hypothesis validation.

As part of the CNCF, the Litmus project has a growing list of organizations that have publicly disclosed they are using the chaos engineering project.

"Since joining as a sandbox project, we added several adopters across cloud-native end users, vendors as well as open source projects," Satchitanand said. "We also added more maintainers and have gone on to have a vibrant community.”

While chaos engineering originally was largely adopted by SREs, Satchitanand said he is increasingly seeing it used by developers as well. He added that chaos engineering is now also being integrated into continuous delivery technology, which is an area of focus for the Litmus project in 2022.