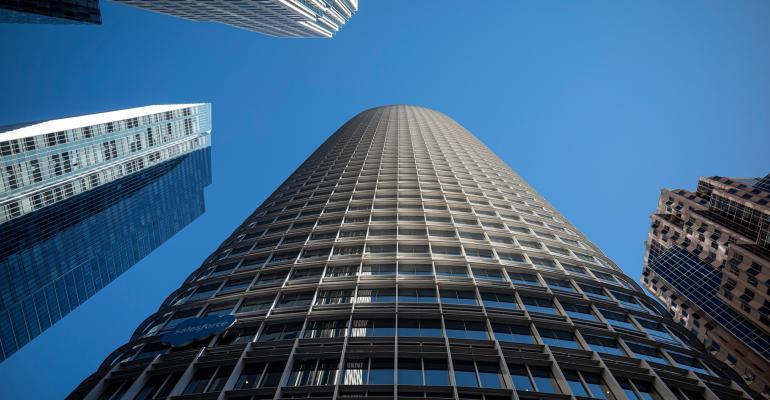 Growing regulation on greenhouse gas disclosure has sparked demand for help from the tech industry.

(Bloomberg) -- A rush of regulation and investor pressure is forcing companies to do a better job of tallying up the environmental impact of their operations and the products they sell. That’s stirring demand for software that helps businesses measure carbon emissions.

Salesforce Inc. and Microsoft Corp. have joined at least a dozen startups providing products to help companies calculate their impact on the environment. Their customers are facing US Securities and Exchange Commission rules expected next year that will mandate disclosure on carbon emissions, as well as increasing demands from other governments around the world and environmental, social, and corporate governance investors.

There’s significant money at stake. Spending on new software services is part of the $18 billion Bloomberg Intelligence’s Nathan Dean estimates companies will have to shell out on climate accounting services over the next six years to keep up with disclosure requirements. The SEC sees an average company paying about $500,000 a year to comply with the new rules.

“A lot of our customers recognize the time is now to get their systems up and running for more-detailed reporting,” said Ari Alexander, general manager of Salesforce’s Net Zero Cloud platform, which helps companies forecast and account for emissions and was rolled out globally this year. “You can’t switch on a system like this overnight.” 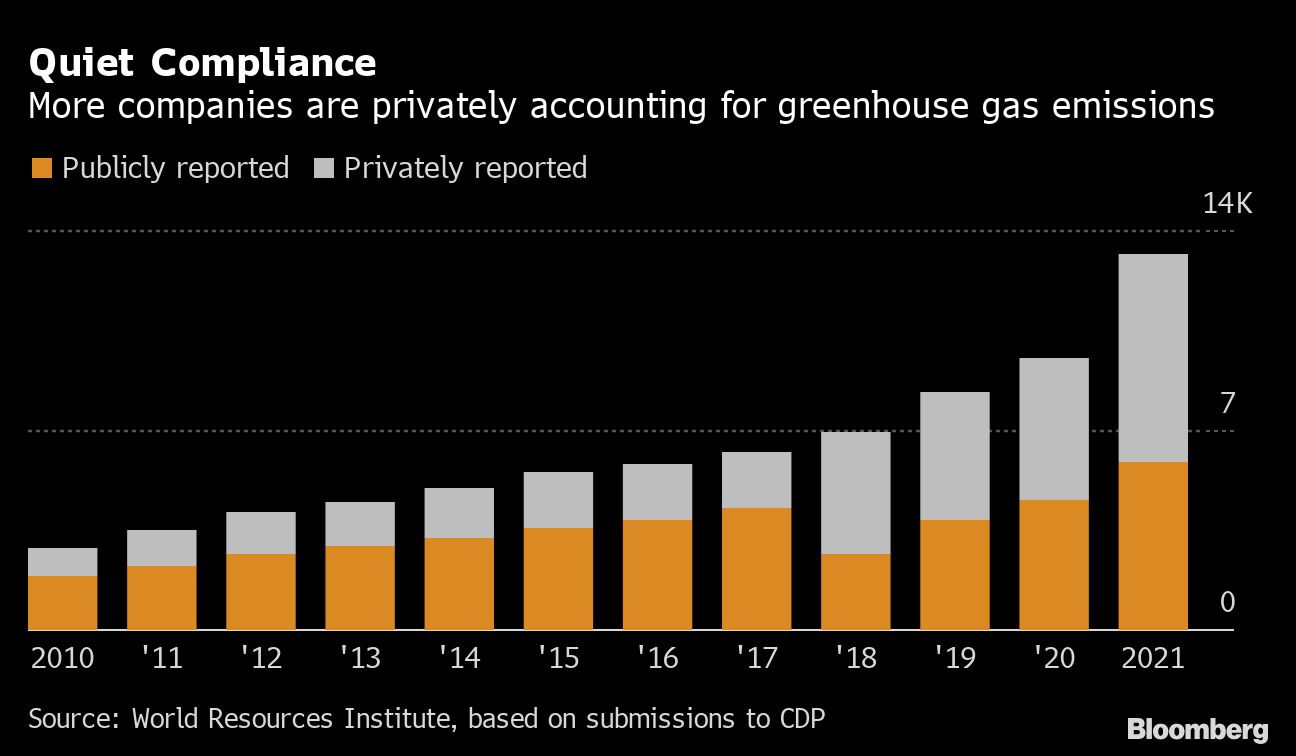 Microsoft launched its emissions tracking platform in June. Elisabeth Brinton, Microsoft corporate vice president of sustainability, said there will be a “constant drumbeat of new products” including a recently-announced carbon offset tracing service.

The flurry of reporting activity is an opportunity not just for new enterprises — it’s also fertile ground for consolidation. Microsoft would “absolutely” consider acquisitions and venture investment in the space, Brinton said. Salesforce’s Alexander said “there has already been a lot of activity on the partnership and on the acquisition front in the industry, I think it's going to continue to heat up.”

The tech giants are joining the dozen or more startups that have popped up in recent years, offering software that helps companies calculate and reduce the emissions created in the course of doing business. Venture capital and private equity firms have channeled more than $5 billion to startups that offer software, satellite imagery and other tech to tackle climate problems since the start of last year, according to data from BloombergNEF, a clean energy research group.

"We always get these sales pitches by these companies who promise a lot,” said Ralf Pfitzner, global head of sustainability at carmaker Volkswagen AG, which has been reporting detailed emissions for over a decade. Still, “these vendors are helpful. A database is good and always better than spreadsheets,” he said. “It would be a nightmare if it was a bunch of spreadsheets.”

The activity comes despite protests from big American companies and some Republican lawmakers against proposed Securities and Exchange Commission regulations to force them to account for their carbon emissions. They argue the rules due to be decided next year will be too onerous and should be weakened or eliminated entirely.

The SEC reporting rules will require publicly-traded companies to disclose emissions and whether any lines of revenue are threatened by climate change. But still in question is exactly which kind of emissions will have to be detailed. The regulator has proposed companies report not only those known as Scope 1, which they produce directly, and Scope 2, which are produced from energy they use, but in some cases Scope 3, emissions generated by customers or a potentially vast network of suppliers.

Among the companies pushing back on the rules was General Motors Co., which said in public comments the requirements were “exceedingly onerous.” Bank of America Corp. said the rules should be delayed in part because of difficulties related to reporting Scope 3, while Fidelity Investments argued Scope 3 emissions shouldn’t have to be reported as the data is “speculative.”

Those three companies are already reporting emissions to CDP, formerly known as the Carbon Disclosure Project, a nonprofit that operates the world's largest inventory of emissions data and accepts submissions to help firms meet a range of demands for disclosure. A World Resources Institute analysis showed about 13,000 companies reported 2021 emissions, a 38% increase from the prior year. However, more than half them are submitting this data in a way viewable only to some institutional investors or supply chain customers. The SEC rules would make this kind information publicly accessible, subjecting the companies to increased scrutiny.

The US rules are expected to be finalized in the first half of next year. They could be watered down to exclude Scope 3, and a legal challenge is possible. Regardless, multinationals will likely still have to contend with planned European Union rules that will mandate emissions disclosure by most companies – public or private – including Scope 3. Many firms listed on Singapore stock exchanges will have to begin reporting emissions next year, something that’s already a requirement in the UK and New Zealand.

This constellation of emerging regulations plus investor pressure means that the trend toward disclosure is clear, said Kristina Wyatt, who used to work on climate rulemaking at the SEC and is now deputy general counsel at Persefoni, an Arizona-based climate accounting startup that has raised $114 million. “A lot of companies are already reporting their greenhouse gas emissions because they're under pressure from a whole host of different parties.” 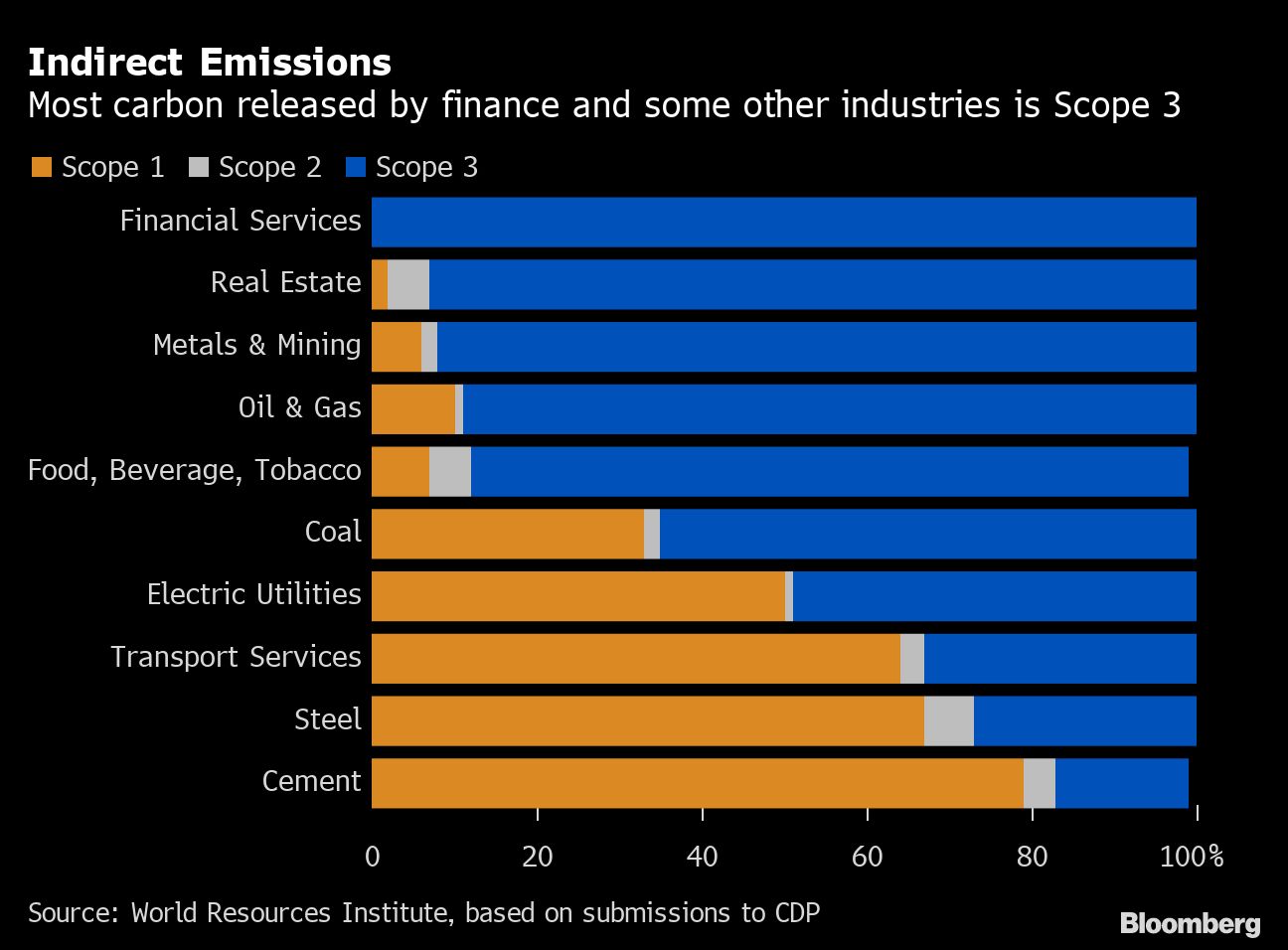 Philip Morris International Inc., which has a market capitalization of $155 billion and sells over half a trillion cigarettes a year, started accounting for emissions in 2010, and it took about six years to get its detailed reporting system up and running, said Claudia Berardi, director of environmental sustainability. The company uses bespoke software that links internal records with third-party data to produce climate reports for operations in 89 countries. However, Philip Morris is considering working with traditional software giants for a more-complete platform experience. Berardi sees a need to be prepared as worldwide regulations increase.

“We are exploring more of these platforms, especially because when you start to seriously tackle your Scope 3 emissions, the level of complexity multiplies,” she said. “It's critical for each company to be equipped with a digital solution that can account for your emissions properly and simulate what will happen based on your forecast of how your business will develop.”

The situation echoes the aftermath of the 2002 passage of the Sarbanes–Oxley Act, said Lee Ballin, managing director of ESG services at Deloitte. That legislation tightened accounting standards after a string of financial scandals, including the collapse of energy giant Enron. It also accelerated demand for accounting software and consultants as financial reports had to be more detailed and reviewed by outside auditors. The economic impacts of new SEC environmental rules may duplicate that experience for carbon accounting, and getting prepared will be key, Ballin said.

“There’s a clear direction of travel toward regulation, not just here, but internationally,” he said. “The companies that are going to get this right are the ones that are getting started now. Delaying is not going to be a great strategy.”