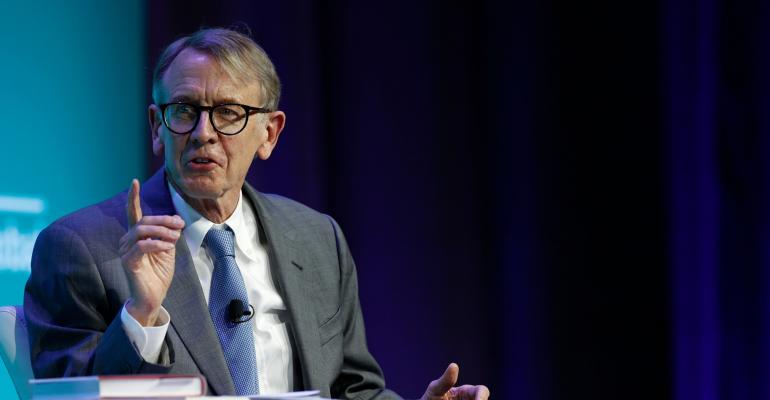 Doerr’s firm, Kleiner Perkins, is one of the several Silicon Valley stalwarts who have plowed money into areas like electric vehicles, batteries, and carbon accounting.

“People often ask us, ‘Is this a bubble?’” Doerr said on Friday at a climate tech conference in San Francisco. “No, it’s not a bubble. I prefer to think of it as a boom. Boom periods, yes, lead to some excesses, but they produce much greater investment, full of employment and rapid innovation.”

Doerr’s firm, Kleiner Perkins, is one of the several Silicon Valley stalwarts who have plowed money into areas like electric vehicles, batteries, and carbon accounting. Climate tech companies raised a record $53.7 billion in private financing in 2021, according to figures from BloombergNEF, a clean energy research group.

Those startups now face a brutal market turndown that has prompted cost cutting and investor caution across Silicon Valley. For some company founders and financiers, that may echo the chill from a decade ago, when clean energy companies like Solyndra went bankrupt or failed to live up to lofty valuations.

Doerr, whose firm struggled with clean tech investments, said that final financial calculus on the earlier clean tech wave wasn't as bad as people think. The $1 billion his firm put in then is worth “about 3 billion today,” he said at an hosted by Climate Draft, a new industry group for entrepreneurs and investors. “Not as great as WhatsApp,” Doerr added, “but a positive return that we should be celebrating.”

The investor ascribed the current market turmoil to an “inept” handling of Covid-19, supply chain woes and the war in Ukraine, which has caused a surge in oil production. He said that current market conditions were an invitation to put more funding into the sector, not pull back. “We should not be doubling down but tripling down on clean energy, alternative policies and technologies,” he said. While oil and gas companies have seen a surge in growth since the war in Ukraine, public renewable energy and clean tech companies have suffered. Invesco Wilderhill Clean Energy EFT, a clean energy fund that includes solar and electric vehicles companies, is down 30% from the start of the year.

At the event on Friday, Ryan Panchadsaram, an adviser with Kleiner Perkins who joined Doerr on stage, asked the audience to raise their hand if they had raised a dedicated climate fund in the last six months. Several people did. “I don't see a slowdown,” he said. “I think valuations will be more responsible.”

Doerr, the seasoned investor, told entrepreneurs in the audience to be cautious around risks, costs and incumbent companies in their sectors. “Lesson number two,” he said, “You will always be raising money. Get good at it. Get to where you enjoy it.”

Earlier this month Doerr announced a donation of $1.1 billion to Stanford University to create a school focused on climate change and sustainability, the biggest donation in the institution’s history.