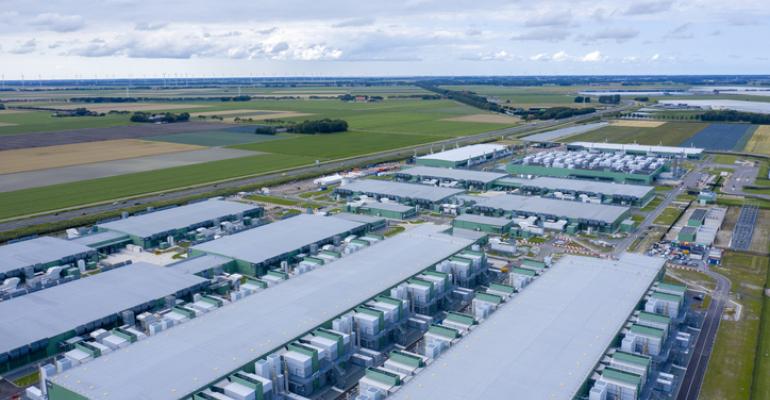 It’s proving harder to obtain emissions data to measure the carbon footprints of cloud computing platforms. Regulators are increasingly concerned about the vast water and electricity consumed by large operations.

“It has become something of a hidden emissions issue,” said John Ridd, chief executive officer of Greenpixie, a UK-based firm that designs software to identify cloud emissions. Ridd will discuss cloud-related emissions at a COP27 panel Thursday.

Cloud-based emissions are on the rise as more businesses shift data-crunching away from on-site servers to Internet-based ones run by the likes of Amazon.com Inc., Google parent Alphabet Inc. and Microsoft Corp. And it’s proving harder to obtain emissions data to measure the carbon footprints of cloud-computing platforms.

Regulators are increasingly concerned about the vast water and electricity consumed by large computing operations. Companies such as Meta Platforms Inc., Alphabet, Microsoft and Amazon have all struggled in recent months to get planning permission for certain data centers, according to a Nov. 8 report by Bloomberg Intelligence. The Netherlands and Ireland set moratoriums on projects in the past year, while some in the US have faced challenges over water use in drought-stricken areas.

About 90% of the world’s data was created in the past two years, according to Ridd, a reflection of everything from the surge in business-video calls to smart-phone use and and the popularity of Netflix. Total digital emissions make up about 4% of global greenhouse gas emissions, exceeding the 2.4% attributed to commercial flights, according to Greenpixie.

Digital emissions linked to most corporate users of data fall into a category known as Scope 3, which means that they occur not on the company’s own premises but in the supply chain. For some technology companies, as much as half of their Scope 3 emissions emanate from the cloud, Ridd said.

The UK is one of the few countries trying to tackle the problem. Since 2018, all government and public-sector departments have had to assess their service-based emissions from digital technology.

“Scope 3 is still not part of the normal reply when we ask for data” said Adam Turner, head of digital sustainability at the UK’s Department for Environment Food and Rural Affairs, who will also be on the COP27 panel. “It’s distant from the end user.”

Cloud-hosting companies are reluctant to disclose their full carbon footprints, Turner added, because “that would invite scrutiny.”

If the data were available, it might spur efforts to reduce the carbon impact of cloud computing. Providers could install newer, low-carbon servers. Data centers could be located where renewable energy is easy to access. “Cloud emissions can be reduced at scale if we have granular data from cloud providers,” Ridd said.