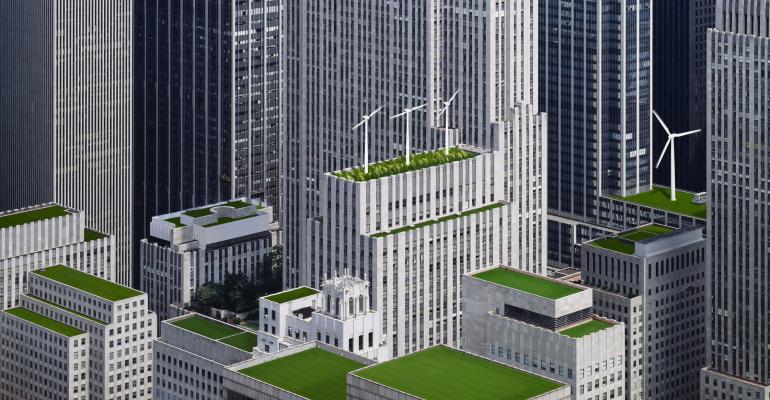 Looking at the recent history of green IT with sustainability expert Andrew Fanara.

The environmental impact of IT equipment is a considerable challenge: today, the data center industry as a whole is responsible for around 1% of the planet’s power consumption, and its high water consumption is pushing local residents to oppose data center projects in the US and Europe.

And then there’s eWaste, a problem few people want to talk about; according to the Global E-Waste Monitor project, the world generated 53.6 Megatons of e-waste in 2019, and just 9.3 Mt, or 17.4%, were documented to do be disposed or recycled properly.

Unfortunately, there are few universally-recognized standards in reporting on data center sustainability. The sector is a patchwork of guidelines and best practices drawn up over decades, and more than a few could be described as ‘vanity metrics’ that have little impact on the facility’s environmental footprint.

“It's the industrial companies that have lots of sustainability issues. Yet, oftentimes, they're in the best position to deal with it, because they've got people in environmental health and safety, they've got the engineers, their energy spend, their water spend is significant, and perhaps a cost center that can be poked at,” Andrew Fanara, a consultant specializing in sustainability, told Data Center Knowledge.

Fanara spent most of his career at the US Environmental Protection Agency, where he led the development of Energy Star programs, and helped define more than a hundred energy and water performance product specifications.

He said it was unlikely that the US government would try to regulate data center efficiency, but an answer might originate from the industry itself.

The Energy Star program was launched by the EPA back in 1992. It was gradually expanded to include all sorts of products, creating some of the earliest efficiency benchmarks for computer equipment – readers will no doubt remember the ever-present Energy Star logo on CRT monitors.

“The Energy Star was a wonderful program and an opportunity to really look at the broader horizon, not just in the US, but all over the globe, and interact with my counterparts in different countries,” Fanara said.

“One day I was talking to pharmaceutical IT manager who was visiting our office – and this was probably circa 1999, maybe 2000 – and he said, 'You know, I've got this campus up in New Jersey somewhere, and I can make every building meet the Energy Star spec, except this one building. It's where we keep our IT equipment, it's got our data center in it.'”

The Energy Star Score for Data Centers was finally introduced in 2018; created in coordination with major industry associations including Uptime Institute, Green Grid, 7x24 Exchange, and AFCOM, and largely based on the industry’s well-understood PUE metric. By this time, Fanara had left the agency to pursue IT sustainability projects elsewhere.

“It wasn't my job to do Energy Star for data centers. But we did look at servers and storage and other products and said, gosh, we could probably do a spec for those,” he said.

More recently, Fanara participated in the creation of another sustainability framework, this time aimed squarely at mission-critical facilities. The Data Center Efficiency Evolution Program, or DEEP, goes beyond power consumption, and looks at many other aspects of the site that can impact the environment, including water use, and eWaste recycling.

DEEP was officially launched last month at the Data Center World 2022 conference, where a team from Informa Tech reported on certifying its first four customers. The current iteration of the framework includes more than 70 parameters used to score and evaluate data centers across subjects like airflow management, electrical systems, mechanical systems, and processes.

“I do believe that thinking sustainably is made more possible when you've got good data,” Fanara said.

“And yet, the industry still seems to be staggering along on the on the data issue, and that's one of the reasons I'm interested in the certification. Because at the heart of it, there's data to be collected, that will inform your performance and whether or not you meet this certification or not.”

But thinking more sustainably doesn’t mean businesses have to take a loss; Fanara describes himself as a pragmatist, and says there is broad business interest in using less energy and water.

“It can't be seen as the ‘nice to have green stuff’ - that person from corporate who writes the annual corporate sustainability report, they need to be very practical and business-minded, and figure out how to quantify the financial impact,” he said.

“I don't think protecting the environment and growing the economy are mutually exclusive, I think they can be done in harmony with one another,” he added. “I'm very interested in market-based programs. I think the power of the market is unbelievable, and could do many things to advance the need for environmental protection.”