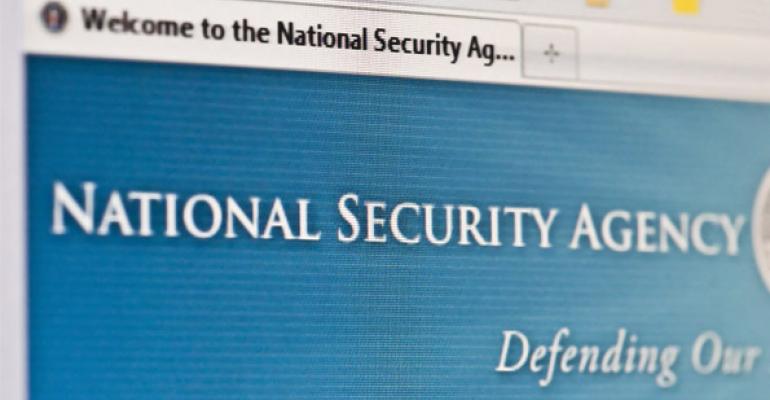 Media is a blessing and a curse. On one hand, it enables the priceless free exchange of ideas and information. On the other hand, it doesn't take even a hardened skeptic to note the slew of scandalous, salacious, shocking, or even tragic news that floods our airwaves to help news organizations sell advertisements. To that end, it's sometimes hard to distinguish between the frenzied hype of our modern echo chamber and things that might demand our serious attention and action. In my mind, however, I see several very serious concerns with the NSA spying scandal that deserve consideration.

The Potential for a Financial Crisis

Microsoft has been busy trying to remake itself into a devices and services company by trying very hard to target consumers and push developers and businesses into their cloud. Sadly, Microsoft's consumer-related emphasis and push has been a resounding flop where the market is concerned. That's not to say that the technology or direction that these Surface units are pursuing is necessarily wrong, just that Microsoft has failed to present a persuadable case for consumers as I predicted in my article, "Microsoft's Surface RT is Shaping Up to be a Train Wreck."

Consequently, that leaves a lot of eggs in Microsoft's cloud basket. As such, all it takes is for Azure sales to wane or wobble before some financial guru, stock-market pundit, or some other prognosticator warns about potential impending financial problems within the IT market. From there it's not hard to imagine the press on a slow news day potentially making a big enough deal out of this story to turn it into a reality. And never mind the fact that the IT industry as a whole is much larger, more diversified, and more resilient than what happens to Microsoft. Instead, think about how the press could take something such as this and 'run with it' until anecdote after anecdote combines to create the impression -- and then reality -- that there is a crisis going on within the tech sector.

Or don't imagine such a scenario -- instead, go read about financial prognostications already warning about a 'slump' in the tech industry -- warning that giants such as Microsoft and others are "struggling to figure out changes in the way businesses and consumers are buying and using technology." It doesn't take long to see how the whole NSA spying scandal could become a key player in potentially creating a financial crisis or recession within the IT industry. Stated differently, it's not too hard to imagine a future where your job could actually be on the line because of mass media, hysterics, and the fact that the US government is clearly overstepping its authority and making businesses squeamish about storing their data online with 'third-party' providers that could and would be treated just like banks or other institutions where there's no legal expectation of privacy.

The Risk of Dehumanization and Abuse of Power

I've long been a severe critic of the TSA or the fact that its policies continue to infringe upon my rights in the pursuit of what true security experts call 'security theater.' Yet, I constantly have to remind myself that underneath those TSA badges and upstart uniforms are actual, real people. In fact, over a year ago I met and talked with one of them -- someone with a strong and extensive background in real security who was trying to address some specific problems within the TSA. One of the top problems on this person's list of items to address with higher ups was the issue that if TSA agents are in place for the purpose of stopping, thwarting, and subduing terrorists truly bent on murdering others, then how in the world are people with training roughly equivalent to mall cops ever going to be able to deal with true terrorists should they find them during screening? Ask them to step aside, and wait for the real police to arrive? More importantly, since terrorists aren't actually targeting airplanes, this security specialist was also worried about how to deal with terrorists that might bring bombs dressed up as carry-on suitcases right up into terribly busy screening areas and inflict just as much damage and terror there as they could on airplanes -- yet the TSA doesn't seem to have any protections against such a threat.

My purpose in relating this discussion? Simple: the person I talked to was a living, breathing, intelligent person who was honestly trying to make people safer. I think that's something I often lose sight of when I devolve to naturally kind of thinking about the TSA in an 'us versus them' mentality. More succinctly, if it's so easy for me to dehumanize TSA agents, then couldn't it be possible for TSA agents to dehumanize us as flyers? For example, have you ever wondered or felt that some TSA agents don't just see us as cattle or people to push through their systems or just some part of their job? Stupid 'civilians' or pain-in-the-ass jerks that give them stress and make their jobs hard?

This kind of mentality raises a problem as history is replete with too many instances of situations where governments and people with the best of intentions managed to dehumanize each other to various, horrible and extremes. Take, for example, what Janna Malamud Smith relates in regards to how essential or humanizing privacy was to people in Auschwitz, as recently quoted by Pamela Jones on Groklaw, which has been a tremendous resource in helping developers and lawyers better understand each other in her post explaining why the site is being shuttered due to the NSA's harvesting of email:

One way of beginning to understand privacy is by looking at what happens to people in extreme situations where it is absent. Recalling his time in Auschwitz, Primo Levi observed that "solitude in a Camp is more precious and rare than bread." Solitude is one state of privacy, and even amidst the overwhelming death, starvation, and horror of the camps, Levi knew he missed it.... Levi spent much of his life finding words for his camp experience. How, he wonders aloud in Survival in Auschwitz, do you describe "the demolition of a man," an offense for which "our language lacks words."...

One function of privacy is to provide a safe space away from terror or other assaultive experiences. When you remove a person's ability to sequester herself, or intimate information about herself, you make her extremely vulnerable....

The totalitarian state watches everyone, but keeps its own plans secret. Privacy is seen as dangerous because it enhances resistance. Constantly spying and then confronting people with what are often petty transgressions is a way of maintaining social control and unnerving and disempowering opposition....

And even when one shakes real pursuers, it's often hard to rid oneself of the feeling of being watched, which is why surveillance is an extremely powerful way to control people. The mind's tendency to still feel observed when alone. . . can be inhibiting. The feeling of being watched, but not knowing for sure if, when, or how the hostile surveyor might strike can make people become fearful, constricted, and distracted.

Finally, this column is short by design despite this being a very complex topic. So there are lots of things I've had to abbreviate, simplify, or leave out. But for anyone arguing that this time we're protected from abuse because of better oversight, one has to ask what happens when we're comfortable dancing on a precipitous cliff because we've got great oversight only to see our oversight eroding away, too. Alarmingly, we're already seeing what looks to be signs of blatant problems with a failure of oversight in a recent case where our vast anti-terrorist apparatus was purportedly used to clearly and blatantly violate freedom of association and the press for citizens of supposedly free countries.