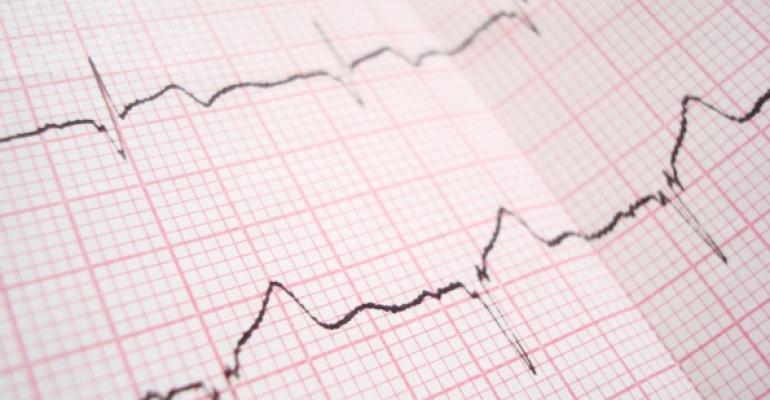 Cursor-based and set-based solutions to the interval packing problem

I recently got a challenge from my friend John Paul Cook, who is a registered nurse and a fellow SQL Server MVP. The challenge involves drug prescriptions modeled as interval graphs. You can find the full details of the challenge in the paper "Counting Drug Exposure in SAS® with Interval Graph Modeling" by Xiaoqiang Wang. In this paper, Wang presents a problem and describes how to solve it with SAS. John's challenge to me was to use T-SQL to find an efficient solution to the problem.

I get to work on a lot of T-SQL puzzles. I love the process, which often involves many agonizing hours of trying to come up with efficient, elegant solutions. And in some of the cases, when you're really fortunate, you also manage to discover beautiful new patterns that can be used in solving other challenges. Such was the case with this challenge.

I'd like to thank not only John Paul Cook, but also Alejandro Mesa, Paul White, Adam Machanic, Peter Larsson, and Geri Reshef for their insights.

When John sent me the challenge, he said (and I quote), "Researchers are studying drug prescriptions to look for potential adverse outcomes. More bluntly, and I'm really not being overly dramatic, the objective is to keep patients from being killed."

If that's not a motivator to find an efficient solution, I don't know what is!

Figure 1 graphically depicts the input drug prescription periods based on the small set of sample data, as well as arrows representing the packed periods (again, with the end date representing the day following the last consumption day).

Your task is to write a solution that returns the packed prescription periods for each patient and drug, based on this logic. Figure 2 shows the desired results based on the small set of sample data.

I cover both a cursor-based solution and a set-based one. I provide the performance measures I obtained when running the solutions against the large set of sample data, with results discarded in SQL Server Management Studio (SSMS). To discard results after execution, right-click an empty area in the query pane, select Query Options, and select the Discard results after execution and confirm option under Results-Grid. This action will suppress printing the result rows in the grid output.

The cursor-based solution is quite straightforward, involving a single pass over the data. Listing 3 contains the complete solution code. The code declares a table variable called @Result where the packed intervals are stored.

The rows from the Prescriptions table are fed to the cursor, sorted first by patientid and drugid (because the calculation is performed for each patient and drug separately), then by startdate and prescriptionid (as a tiebreaker). The query that feeds the data to the cursor is optimized with an ordered scan of the index idx_start, so no sort operation is required.

The current packed interval closes when any of the following conditions is met:

When the loop is done, the code inserts the last packed interval info into the table variable (if relevant), then closes and deallocates the cursor. The cursor-based solution completed in 31 seconds on my system.

The set-based solution involves computing a group identifier (call it grp) that associates each prescription interval with the packed interval that it belongs to. This is done in two steps, which are illustrated in Figure 3, along with examples that explain why grp is unique per packed interval.

The first step calculates a value called grphelper. This value is computed as the current startdate value minus the running total sum of all numdays values of the intervals so far, exclusive of the current interval. The following query implements this calculation:

Figure 4 shows the output of this query, for the small set of sample data.

The second step is calculating grp as the maximum grphelper value so far. The following query adds this computation on top of the previous query represented by the CTE C1:

Figure 5 shows the output of this query. It contains both the grphelper and grp values.

If you examine Figure 3, you'll see four examples, with accompanying explanations leading to the conclusion that grp is unique per packed interval. Notice in the figure that RT represents the running total sum of numdays so far, exclusive of the current interval.

The second example assumes that I2 starts after I1 expires. Here, grphelper2 (s2 - d1) > grphelper1 (s1). Therefore, grp2 > grp1. In other words, the two intervals will get different grp values and therefore belong to different packed intervals.

The third and fourth examples are similar to the first and second examples, respectively; however, I1 and I2 aren't the first two prescription intervals. What's different in these examples is that the RT values for both I1 and I2 include an extra delta that's equal to the running total of numdays values for the intervals that started before the l1 and l2 intervals.

The third example is when I2 intersects with I1, but there were intervals before I1. You now need to include the delta in your calculation—but since in the calculations you subtract the same delta from both sides, it doesn't change the result. In this example, I2 intersects I1, so grphelper2 (s2 - d1 - delta) <= s1 - delta. Therefore, grphelper2 <= grphelper1. And therefore, grp2 = grp1. In other words, when I2 intersects I1, even if there were previous prescriptions, the grp values of both intervals are still the same, and they therefore belong to the same packed interval.

The fourth example is when I2 is after I1 but with previous existing prescriptions. Here, grphelper2 (s2 - d1 - delta) > grphelper1 (s1 - delta). Therefore, grp2 > grp1. Again, the two intervals get different grp values and therefore belong to different packed intervals.

Now that you have a grp value that uniquely identifies packed intervals within the same patient and drug group, what's left is to group the rows by patientid, drugid, and grp, and compute the start and end of each packed interval. Listing 4 contains the complete solution query.

What's interesting to observe about the query plan is that the index idx_start is scanned only once in order, and both window function computations rely on this order. None of them require an explicit sort operation. This makes the solution efficient with linear scaling. This solution completed in 4 seconds on my system.

Still, there's potential for improvement in how the optimizer handles the window aggregate functions. At the moment, window aggregate functions with a frame option are optimized with a pair of operators called Window Spool and Stream Aggregate. The Window Spool operator represents the frame of rows, and the Stream Aggregate operator aggregates those rows. When the frame starts with UNBOUNDED PRECEDING, the optimizer identifies the case as a "fast track" case, and instead of writing all applicable rows to the frame and then aggregating them, it takes the previous row's accumulation and adds the current row's value to compute the new running total.

The problem is that SQL Server writes one row to the spool with the aggregate, and another with the detail (remember that window functions aren't supposed to hide the detail like group functions do). There's great potential here to improve the optimization of the special (and very common) case of the frame ROWS UNBOUNDED PRECEDING. This case could theoretically be optimized like the ROW_NUMBER function is: namely, with a Sequence Project operator that computes the result values on the fly, as opposed to the extra work of writing the rows to a Window Spool (a work table) and aggregating them. Such optimization should easily allow a much faster query, probably around 1 second of run time instead of the current 4 seconds. I hope that Microsoft will further enhance the optimization of window functions, to improve the performance of set-based solutions.

In this article I covered the first part of the drug prescriptions puzzle—packing intersecting prescription periods. I presented a slow cursor-based solution that took 31 seconds to run. I then presented a much faster set-based solution that uses window aggregate functions to compute a group identifier for the packed intervals. In my next article, I'll cover the second part of the puzzle—identifying prescription periods during which the same patient was exposed to more than a certain minimum number of drugs.