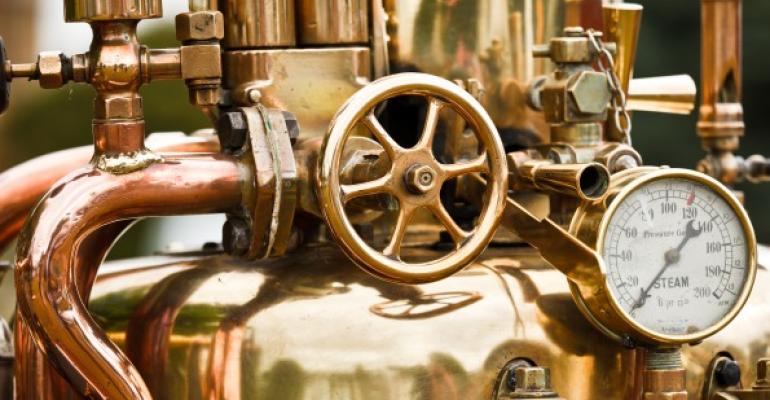 Understanding how operators work can lead to more efficient code

Windows PowerShell is designed to be an interactive command-line shell, but it's also a programming language. As you advance in your PowerShell understanding and knowledge, it's inevitable you're going to run into a number of core computer programming concepts. Operators are one of these core programming concepts, and you've probably already been using them without necessarily knowing everything about them.

PowerShell operators fall into a number of different categories. For example, arithmetic operators perform operations primarily on numbers, but they also affect strings and other data types. Along with the basic assignment, math, comparison, and logical operators, PowerShell has a number of operators that save time and coding effort (such as -like, -match, -replace, -contains, -split, and -join). Let's take a look at the different categories of operators and how to use them in PowerShell.

The arithmetic operators consist of the following characters: + (add), - (subtract), * (multiply), / (divide), and % (modulus, or division remainder). These operators behave exactly as expected when using numbers. This means you can use PowerShell as a simple calculator by typing expressions at the PowerShell prompt. Figure 1 shows some simple examples.

All the equality operators return a Boolean value ($true or $false) that indicates the result of the comparison. For example, the expression

returns $true if $str contains the character A, B, or C (case insensitive). If the expression on the left side is a single value (rather than an array), the -contains and -notcontains operators work the same way as the -eq and -ne operators, respectively.

returns the string "The hail in Seattle". As noted, the -replace operator also works with regular expressions, so the PowerShell expression

returns the string "contoso.com". If you're unfamiliar with regular expressions, the PowerShell Help topic about_Regular_Expressions provides a good introduction.

The Split and Join Operators

The -split operator splits a string into an array of substrings. The -join operator is its inverse—it joins an array of strings into a single string. The -split and -join operators make converting a string into an array (or vice versa) a snap. Both operators let you specify one or more delimiter characters that define how PowerShell should split or join the string. Figure 4 shows some examples of how you can use these operators.

You can use the logical operators to connect expressions or statements together to form a single expression. These operators are -and, -or, -xor, -not, and ! (! is the same as -not). Just as with the arithmetic operators, you can use parentheses in your expressions to coerce PowerShell to evaluate them in the order you want. These operators work like you would expect in other programming languages. For example, the expression

In the script, the AddOne and SubtractOne functions both use the Write-Host cmdlet. Based on the script's output, you can clearly see when PowerShell calls (and doesn't call) the functions.

The type operators are -is and -isnot. These operators test whether the value on the left side of the operator is (or isn't) a specific Microsoft .NET type. For example, the expression

returns $true, whereas the expression

The redirection operators are easy to use. For example, if you want to redirect the Get-ChildItem cmdlet's output to the file Output.txt, you'd run the command:

When using redirection operators, it's important to remember that PowerShell writes to the output file using Unicode text. If you don't want Unicode output, you can use the Out-File cmdlet instead of the > or >> operators.

The invocation (&) operator. The & operator runs a command, script, or script block. (PowerShell's documentation also refers to it as the call operator.) This operator tells PowerShell that the expression that follows is something it should run.

When using PowerShell interactively, you need to use the & operator to run a program that contains spaces in its name or path. For example, if you use the command

PowerShell doesn't start the program MyApp.exe. It just displays the string onscreen. If you want to run MyApp.exe as a program, you need to place the & operator before the string:

The functions defined in MyFunctions.ps1 will now be available after the script terminates.

refers to the Now static property of the DateTime .NET class.

The format (-f) operator. The -f operator formats a string based on .NET string formatting rules. The input string (i.e., the string on the left side of the -f operator) should include substrings containing curly braces and an expression index, as in {0:N2}. The -f operator accepts an array on its right side, so the first number after the opening curly brace in the substring tells PowerShell which array element to format (0 for the first element, 1 for the second, and so forth). For example, the expression

will output "KenDyer is KenDyer.Length characters long", which is probably not what you intended. To solve this, you can use the $( ) operator to get the desired result. In this example, the expression

will output the result you were probably expecting ("KenDyer is 7 characters long").

The array subexpression operator. The @( ) operator is useful when you have some data (such as an object property or the output of a function or method) that might be empty, a single value, or an array. For example, an Active Directory (AD) group might have no members, a single member, or multiple members. The subexpression operator coerces the data into an array to make processing easier. To demonstrate, I created the Test-Array.ps1 script in Listing 2.

The comma (,) operator. If you place the comma operator before a single value, you can create a one-element array. For example, the expression

assigns a one-element array to the variable $items. You can also place the comma operator between items in a list to create a multiple-element array. For example, the expression

assigns a three-element array to the variable $items.