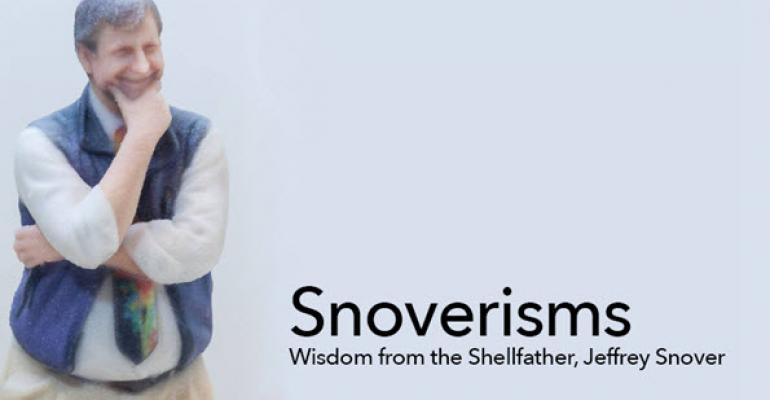 Snoverisms: The Wit and Wisdom of the Father of PowerShell

Jeffrey Snover, a Microsoft Technical Fellow, and the inventor of PowerShell has been rewarded with a web site designed to capture his wit and wisdom – and hopefully turn his off-the-cuff observations into colloquial gems.

The site, called Snoverisms (http://snoverisms.com/) has captured some of the best already – with more, hopefully, to come.

A couple of my favorites so far:

If you’ve never met Jeffrey, he’s a very humble and friendly individual, funny and prone to wear crazy ties. I’ve had the opportunity to know Jeffrey for a number of years. He’s a regular contributor to IT/Dev Connections which falls under my direct ownership and speaks at a number of different events throughout the year. If you ever get a chance to sit in one of his sessions, you’re sure to learn something.

My laptop kept falling off the speaker podium. #WhyIAlwaysTravelWithDuctTape pic.twitter.com/cJMQagNQTJ