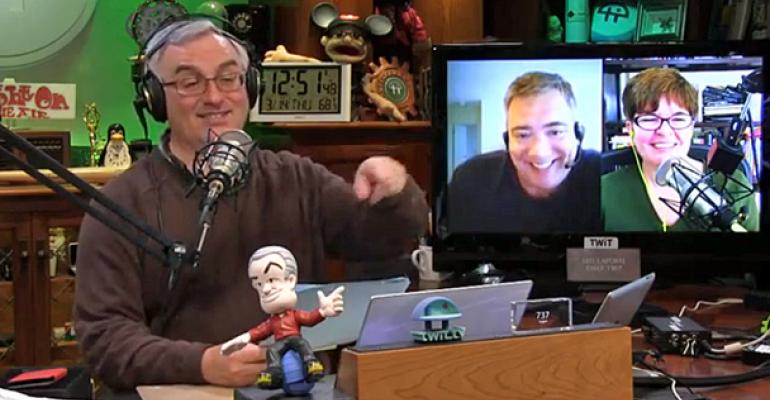 The one where Paul laughs so hard he cries

In the latest episode of the Windows Weekly podcast, Leo Laporte, Mary Jo Foley, and I discuss Mary Jo's Microsoft field trip, various plans to save Microsoft and its products, Microsoft's reversal on Flash in IE 10, new rumors and speculation about Blue, and the Hotmail to Outlook.com migration.

Tip of the week: Make Windows 8 work the way you want it to

Windows 8 is a major upgrade over Windows 7, even if all you care about is desktop computing, which you will if you're using a desktop PC or laptop/Ultrabook without touch. You can minimize the amount of Metro that creeps into your life, stay productive, and take advantage of the new Windows 8 features. Fixing Windows 8: Advice for Users and for Microsoft

Software pick of the week: Twitter for Windows 8/RT

Codename pick of the week: Gemini

The next update to Microsoft's CRM product. This is the MarketingPilot sales-automation functionality. Rumor is this is coming in Q2 2013 . By the way: Next week is Convergence 2013 -- MS' big CRM show

In honor of St. Patty's, here's a nice  alternative to Guinness. Oysters and porter: The best of both worlds! http://beeradvocate.com/beer/profile/2243/5686