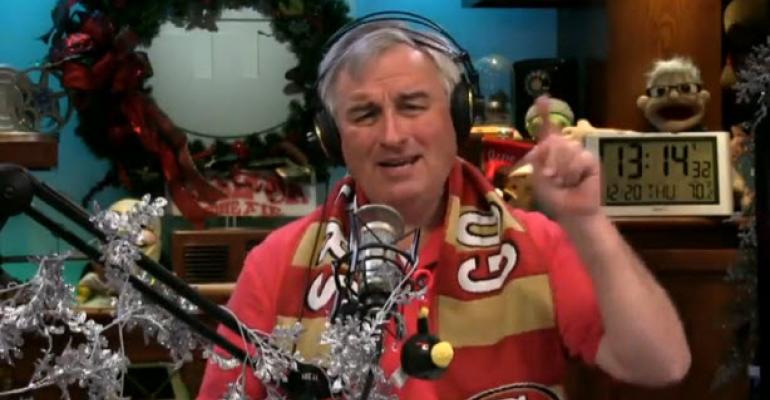 Windows Weekly 291: The Year in Review

In the final live episode of Windows Weekly this year, Leo, Mary Jo and I discuss the top ten Microsoft stories of 2012, with Mary Jo and I each providing our own list. We also touch on Windows Phone updates, Windows devices, and, of course, Christmas beer.

Paul's list (in no particular order):
1. Devices and Services: Microsoft is a software giant no more
2. Devices: Windows now targets PCs *and* devices with Windows 8, RT
3. Services: Everything as a service, but especially Office
4. Metro: Simplicity wins the battle over complexity, but also advanced functionality
5. One account to rule them all: Microsoft account and the death of Windows Live brand
6. Steven Sinofsky: Gone, but a lasting effect on the company
7. Xbox: Entertainment is bigger than games (plus, Zune killed off)
8. XP finally dies: Decade-long dominance of Windows XP finally ebbs, Win7 established as successor
9. Windows Phone 8: Its really just another Windows 8 SKU, an amazing transition behind the scenes
10. Surface: Microsoft makes its first PC and things will never be the same
MJF's list (in some sort of attempted order)
1. MS changes its charter: Devices and services co.
2. MS makes and sells its first PC (Surface RT). Side note: Type keyboard FTW
3. Windows 8 and Windows RT debut (with fewer hardware options than expected at launch)
4. Shake up in the MS top mgt. ranks. Sinofsky is out. (And not coming to dinner at PT's)
5. Linux VM on Windows Azure; MS gets serious about the IaaS biz
6. Win Server 2012 and Hyper-V 3.0 -- PowerShell, PowerShell, PowerShell!
7. MS steps up its subscription push with Office 2013, Intune, more
8. Win Phone 8 debuts with more biz features and better Verizon backing
9. MS forced/chooses to abandon the Metro name. Yet Metro prevails (even with .Net and XAML as tools of choice)
10.Win Services get an image and substance makeover: outlook.com, skydrive, Messenger/Skype

Tip of the week: Another factor to consider when buying a smart phone
People often cite apps and media ecosystems, and I've talked about the need to consider camera quality. But the availability of a speech-guided turn by turn navigation should also be a consideration when buying a smart phone. Related: Navigon (US) is on sale ($29) this week and is a great option for non-Nokia Windows Phone users. (But it's US only; the Europe version is $69.)
Software pick of the week: Cubby
While I think that most Live Mesh users would be better served by migrating to SkyDrive, many are missing the P2P sync feature from Live Mesh. Cubby, from LogMeIn, has this and all the other cloud/PC sync features you want. The catch? It won't be free when it's out of beta. Alternative: SyncToy from Microsoft.
Enterprise pick of the week: MSDN/TechNet blog app for Windows 8
Want to keep up with the latest top MSDN/TechNet blogs without having to scroll through endless RSS feeds? Try the new app that lists about 20 picks from each site. Hat tip Richard Hay
Codename pick of the week: Wave D
The fourth release of Windows Intune, which MS quietly delivered on Monday, is known as Wave D.
Beer Pick of the Week: Criminally Bad Elf
Criminally Bad Elf is just one of the of the many Christmas-inspired beers from Ridgeway Brewing in the UK.
3 comments
Hide comments
Recommended Reading