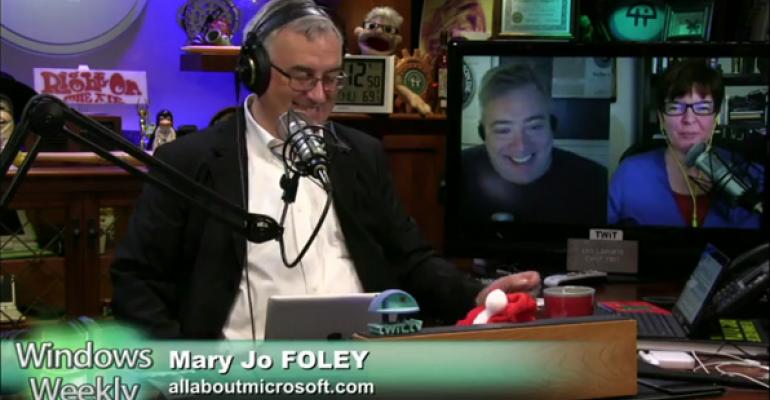 The one where Mary Jo, Leo and I discuss two bombshells from IDC

In the latest episode of the Windows Weekly podcast, Leo, Mary Jo and I discuss IDC predictions for Windows 8 and Windows Phone 8, an exclusive on Surface RT availability expansion within days, dubious rumors of three new Surface devices in 2013, IE's 2012 comeback, Office 2013 heads to work, a #droidrage backfire, and a Windows Phone news roundup.

Tip of the week: Create Setup Media after Using the Windows 8 Web Installer

Tip of the week #2: Learn more about Windows 8 and Windows Phone 8

I have now written over 50 tips for Windows 8 and over 25 for Windows Phone 8. Who loves you?

Coming to a download site near you soon. Azure hosting not coming till mid 2013

Codename pick of the week: Tulalip