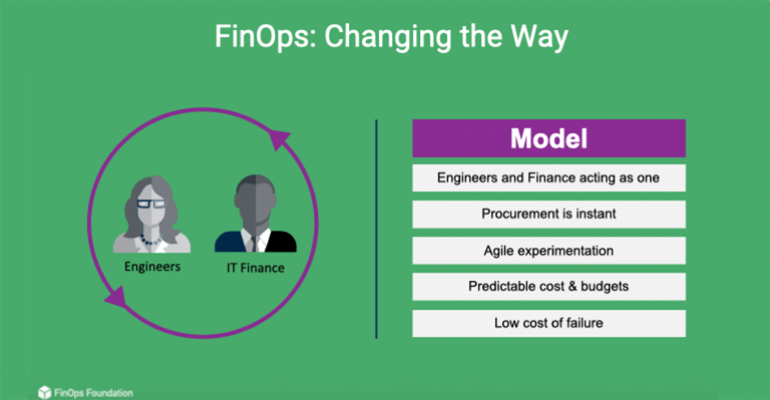 The FinOps Foundation is joining the Linux Foundation to accelerate its efforts to bring the costs of the cloud in line with financial accounting within companies.

In recent years, the term "DevOps" has become increasingly familiar to organizations as a way to integrate developers and operations teams to create better outcomes. The DevOps trend has influenced other communities to better integrate operations with applications. One such group is the FinOps Foundation.

Created in February 2019, the FinOps Foundation on June 29 announced that it is joining the Linux Foundation, which is a leading open source organization that hosts multiple foundations, including the Cloud Native Computing Foundation. While DevOps focuses on integrating developers with operations, the purpose of FinOps is to better integrate the financial operations of a company with their cloud developers.

"Now engineers are writing infrastructure as code in order to instantly get access to the resources they need," J.R. Storment, executive director of the FinOps Foundation, said during a keynote address at the Linux Foundation's Open Source Summit 2020, where the news was announced. "But the business folks in the finance and procurement teams have less visibility and spend is often a lot more difficult to track."

Storment explained that FinOps is essentially an operating model for the cloud world. It brings together a prescriptive set of actions, best practices and culture that enable disparate teams like engineering, finance, IT and business to come together to get the most value out of every dollar that they spend in cloud, he said.

"When FinOps is implemented in an organization, you have a much better model where engineering and finance and IT teams are all working together as one to get that instant procurement of resources that cloud delivers, but also to ensure that you've got predictable costs and budgets, with a low cost of failure," Storment said.

The Goals of the FinOps Foundation

During his keynote address, Storment said the first goal of the FinOps Foundation is to be the central community for cloud financial management.

The second goal is to advance the careers of FinOps practitioners. Storment noted that FinOps Foundation members hold many different titles and skill sets but are joined together by a common need to get better at cloud financial management. The FinOps Foundation already has training certification and career development, but those will be getting a boost from the Linux Foundation, which has broad experience in training and certification programs.

"We're really excited to collaborate with the Linux Foundation to start to open source a lot of the standards and best practices that our group has pulled together," Storment said.