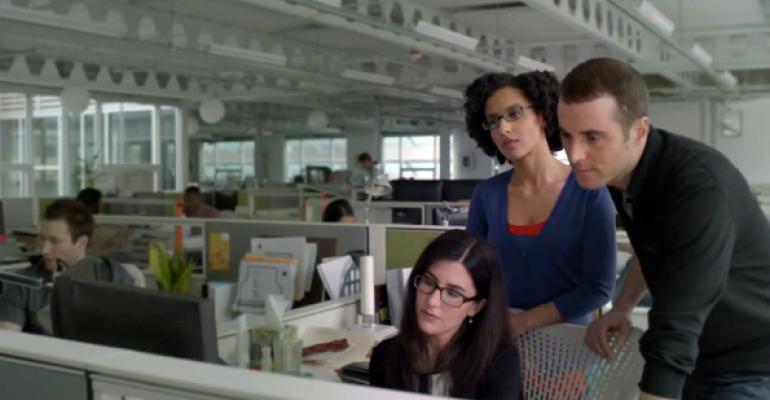 What I Use: Office 365 and SkyDrive Pro

SkyDrive is for home, SkyDrive Pro is for work

With the business versions of Office 365 now offering powerful SkyDrive Pro document library capabilities as part of SharePoint Online, I’ve moved all of my work-related data from the consumer-focused SkyDrive to this service. Doing so is a fairly seamless process, but it’s important that you understand the differences between SkyDrive and SkyDrive Pro and develop a strategy for dealing with out-of-date, or “archive” documents.

As an early embracer of cloud computing, I’ve watched Microsoft’s cloud-based storage and sync services evolve from a mess of options in the past—SyncToy, Windows Live Sync, Live Mesh, and more—to a more cohesive and powerful set of options. I’ve used them all over the years.

Today, Microsoft offers consumers a service called SkyDrive. It comes free with your Microsoft account and integrates strongly with Outlook.com, Windows Phone, and Windows 8, among other Microsoft products.

For businesses, Microsoft now offers a cloud-based document library service called SkyDrive Pro. It is a feature of the latest on-premises and cloud-based versions of SharePoint, called SharePoint 2013 and SharePoint Online, respectively. While the name SkyDrive Pro may seem unfortunate to SharePoint old-timers, it is of course meant to evoke SkyDrive in users’ minds, with SkyDrive Pro being a sort of business version of SkyDrive. Conceptually, of course, this is true.

As a user, SkyDrive and SkyDrive Pro can work similarly. You can visit a web interface to browse through your document library’s folder structure, and you can use Office Web Apps to create and edit documents—Word documents, Excel workbooks, and PowerPoint presentations, as well as OneNote notebooks—that are stored within. Or you can use Office 2013 on Windows 7, 8, or RT to access both cloud document libraries directly from your favorite productivity applications: Just sign-in with the appropriate account (your Microsoft account for SkyDrive or your Office 365 or corporate account for SkyDrive Pro) and you can seamlessly access documents from, and save new documents to, either or both.

You can also integrate these document libraries with the file system on your PCs, and sync the content between those PCs and the cloud. This is, I think, the most powerful way to SkyDrive and SkyDrive Pro because you can do such things as map SkyDrive or SkyDrive Pro folders to your Document library and make one or the other the default open/save location for all applications.

When SkyDrive first started getting interesting in 2012, I started mapping my SkyDrive-based Documents folder to my Documents library on all of my Windows 7- and 8-based PCs, replacing the built-in locations (My Documents and Public Documents). So when I opened my Documents library in Explorer, or through an application, I’d see a folder structure—Article Series, Books, Talks, Works, and so on—that mirrored what was up in the SkyDrive cloud. As documents were added, edited, and deleted on my PCs, the changes were applied to SkyDrive automatically in the background. “The truth is in the cloud,” as we say.

The benefits of such a system are enormous. For one, I can pick up any one of my PCs and get to work, and never worry that I have the latest versions of documents I’m working on; they’re always synced and up-to-date across each PC. If a PC is lost or stolen, no worries: The master copy of everything was in SkyDrive. And if I was out in the world and needed to get work done using a public PC or someone else’s computer, I could simply access my documents securely using the web interface to SkyDrive.

Just in case it’s not obvious, here’s how I accomplished this.

When you sign into the SkyDrive desktop application with your Microsoft account, your documents are synced with the PC automatically. SkyDrive Pro requires a bit more work. Fortunately, I wrote up the best way to make that work in Office 365 Tip: Set Up SkyDrive Pro on Your PC.

Once both services are properly configured, you’ll see each appear in the Favorites group in the File Explorer navigation bar. This lets you access the local synced version of each library from within Windows.

Copying files from SkyDrive to SkyDrive Pro (or vice versa) is a simple drag and drop operation. I recommend using two File Explorer windows so you can see what you’re doing.

From there, it’s a simple matter of mapping the Documents library to point to SkyDrive Pro instead of SkyDrive. To do, navigate to or select Documents in File Explorer and then choose Library Tools/Manage from the ribbon and then Manage. In the Document Library Locations window that appears, remove any existing Library locations and then click Add. Then, navigate to your SkyDrive Pro folder structure and select the Documents folder within (or whatever location you created/prefer).

When you’re done, the Documents library will show the contents of your SkyDrive Pro. Better still, this is the location that most document-based applications will open and save documents to as well.

It’s not clear that the SkyDrive and SkyDrive Pro desktop applications uses the same underlying sync technology, but they appear to work similarly if not identically. Over months of using the services back-to-back, I’ve noticed no performance differences, and have now moved fully to SkyDrive Pro for work-related documents.

That said, there is one limitation you should be aware of if you’re using any version of Office 365 today: SkyDrive Pro libraries are limited to 7GB and, for now at least, Microsoft inexplicably doesn’t offer a way to upgrade to additional storage for some cost.

I expect that to change. But in the meantime, this may mean that heavy data consumers will find SkyDrive Pro untenable. Or they’ll have to adapt their usage. (Some corporations will have data retention policies, of course, and as part of my ongoing “Zero Data” initiative, I’m examining “deep archive” solutions for out-of-date documents that I’m likely not to need going forward.)

Oddly, Microsoft does offer up to 100 GB of additional storage to SkyDrive (not Pro) users, at an annual cost, and some users can exceed the theoretical limit of 107 GB (7 GB of free storage plus 100 GB paid) through a variety of means. (I have 145 GB of storage attached to my own SkyDrive, for example, though I only use a tiny portion of that.)

There are a few other features missing from Office 365 today. For starters, there’s no form of multi-factor authentication. That, too, will be changing this year, I suspect. But it’s something to be aware of.

And while SkyDrive is served by mobile apps on every platform imaginable, there are no SkyDrive Pro mobile apps … yet. This means that accessing your document library from a Windows Phone or Windows RT tablet, for example, is a bit ponderous. As with the other issues I’ve raised, this should be fixed in 2013.

In any event, I’ll be looking at some additional SkyDrive Pro capabilities—document sharing, for example, and document collaboration—in the future. And of course when and if Microsoft fixes the limitations I’ve mentioned, I’ll be sure to post about that as well.