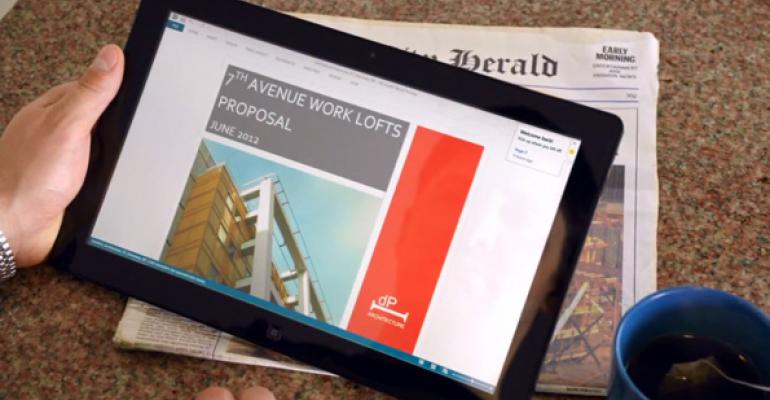 Sleeping with the Enemy

I saw an interesting statistic this week that iOS 6 adoption by iPhone users jumped 29 percent in the wake of the release of Google Maps for that platform. I’m curious whether Google’s release helps it or Apple more, and what the decision making process is in such cases. And bringing the discussion a bit closer to home, how does Microsoft’s decision to port Office 2013 to the iPad (and, presumably Android tablets) impact its own competitive efforts against those platforms? When does it make sense to push your product on a platform that competes with another of your products?

We might think of this situation as “sleeping with the enemy.”

When Apple launched the iPhone in 2007, it partnered with a variety of companies, including Google, which provided the crucial Maps app as well as search capabilities. Over time, of course, Google launched and then improved its own Android mobile platform, which competed with iPhone. And Google’s Maps app on Android was superior to the one it provided to Apple, with valuable features like speech-guided turn by turn navigation. Incensed by this betrayal, Apple delivered its own Maps apps and booted Google Maps off of iOS before its own effort was fully baked. This was so disastrous for customers that it fired both Scott Forestall, who oversaw iOS development, and Richard Williamson, who was responsible for Maps.

And now MoPub is claiming that Google’s recent release of Google Maps for iPhone has actually triggered a 29 percent increase in iOS 6 upgrades on that platform. That is, millions of iPhone users actually held off on upgrading to the latest iOS upgrade because of Apple Maps. Put another way, by releasing a pretty fantastic app for the iPhone, Google has in many ways helped Apple, which benefits from customers rapidly upgrading to the most recent OS version. (It’s also likely that some customers actually held off purchasing new Apple devices, which always come with the latest OS version.)

Google is anything but altruistic, and it’s not as if the company did this to benefit Apple or its customers. Clearly, Google did some internal math and decided that keeping Apple’s customers on its own mapping solution would benefit Google, too. Perhaps these customers, so well pleased by Google Maps and perhaps comparing the quality of that software to Apple’s comparably terrible offering, might choose more Google products in the future. Like an Android handset, which might get them firmly in Google’s camp and, more important, get their eyeballs in front of Google’s ads. That’s how the firm makes virtually all of its profits and revenues.

In fact, Google recently spelled out this strategy when it announced that it would focus its investments in the mobile platforms that matter—Android and iOS—and not on Windows 8 or Windows Phone, at least not until or if those platforms take off in the market. I wrote about this strategy in Google Disses Windows 8 and Windows Phone, Ships Maps for iPhone, but the key point here is that by controlling the mobile experience through native apps on the dominant mobile platforms, Google can further its own aims, even though it doesn’t control one of those platforms.

So what about Microsoft?

While Microsoft’s decision to continue porting its dominant Office products to Mac OS were made solely to prop up a failing competitor and bolster its antitrust defense regarding competition, things are quite different today. And while Microsoft has not publicly admitted this, those who read this site and listen to Windows Weekly know that the firm has been plotting a version of Office 2013 for the iPad/iOS (and, presumably for Android devices too) for years. In recent months, I’ve received and discussed information about how this product would be delivered: Microsoft plans to make the apps available for free through Apple’s app store but require users to have an active Office 365 subscription in order to use them. And each install of Office 2013 on an iPad will count against the 5 devices limit that each Office 365 account provides, alongside installs of Office on Windows.

There’s no doubt that Office will benefit Apple and trigger further sales of iPad. As we know, Office is in fact the most eagerly awaited tablet application, and many users have presumably held off on iPad sales specifically because it does not run Office.

As with Google and its mobile apps for iOS, Microsoft has clearly done some internal math on this subject. Equally obvious, this math has changed quite a bit over the years, because Microsoft previously scuttled internal projects in the past that would have brought Office to Linux (which I exclusively reported on over a decade ago) and to the web via something called NetDocs. (Which you may considered an ActiveX-era predecessor to Office Web Apps. Fun fact: Steven Sinofsky, then in charge or Office, killed that product.)

Put more succinctly, when does Office for iPad benefit Microsoft more than denying Office to iPad users in the hope that more people will buy Windows devices in part because of the availability of Office?

It’s kind of a tough question to answer.

It’s also a bit academic because Microsoft does intend to release Office on iPad. (That said, Apple is apparently trying to block this release because Microsoft refuses to pay the 30 percent Apple vig on the Office 365 subscriptions that will no doubt be one of its biggest new businesses of 2013 and beyond. I wrote about earlier this month in Microsoft Runs Into the Apple App Store Gotcha.)

One thing I’d remind people is that Office is in fact a bigger business for Microsoft than is Windows. That’s been true for some time, despite the fact that people often equate Microsoft with Windows and think of its other businesses as some sort of sideshow. It’s perhaps not fair to compare Office and Windows in the most recent quarter since many people were no doubt holding off on new PC purchases because of Windows 8. But if you look back over any of the previous quarters, the same picture emerges: Office is bigger than Windows.

Not just that, but Office is also getting even bigger than Windows each year. Looking at the last three fiscal years in a row, we see Office revenues jump from $19.3 billion in FY10 to $24 billion in FY12. In this same time period, Windows revenues fell from $19.5 to $18.4 billion. So where Office and Windows were roughly even three years ago, today Office outstrips Windows by a wide margin: Over $6 billion annually.

There’s more to it than that, of course. But Office lends itself to the services- and devices-oriented world of the future in the ways that exceed Windows. By proliferating Office to competing mobile devices and at least getting a per-month subscription fee from them—dare I call it a “vig,” comparable to Apple’s detestable app store policies?—Microsoft has found a way to benefit from those customers who have chosen rival OSes, much as it does through patent licensing fees on Android devices. And if this is a good enough experience, perhaps current iPad users will one day consider a Windows device for an even better experience.

One has to assume that’s the plan.

On a related note, I wrote yesterday about the sad state of turn-by-turn navigation in Windows Phone 8 in the inventively titled post Windows Phone 8 and Turn-by-Turn Navigation. One might also view Nokia’s policies with regards to its superior mapping technologies in general, and its superior Drive+ navigation app, in this same light. When or how would it make sense for the company to give away Nokia Drive to users of competing Windows Phone handsets or even those who use iPhone or Android? In this case, the math is very different because this stuff is a differentiator for Nokia on Windows Phone. And iPhone and Android users already have free turn-by-turn functionality.

Nokia’s strategy with maps/Drive has worked out, arguably: The firm dominates the Windows Phone space, which is of course like being the biggest fish in a very small pond. But despite anomalies like the better-than-it-needs-to-be HTC Windows Phone 8X, by most accounts Nokia is Windows Phone, and for many customers, would-be or existing, buying a Windows Phone entails buying a Nokia handset. And one of the key reasons—the key reason, really—for doing so is Drive and Nokia’s other exclusive apps. They are truly a differentiator, and one that competitors, including HTC, can’t match.

Sleeping with the enemy makes sense, I guess. Until it doesn’t. In Microsoft’s case, I think porting Office to iPad makes sense, given its strategy of requiring a monthly Office 365 subscription, and assuming that Apple doesn’t get a piece of that. For Nokia, giving Drive away to users of competing phones makes no sense at all. It’s just that simple.