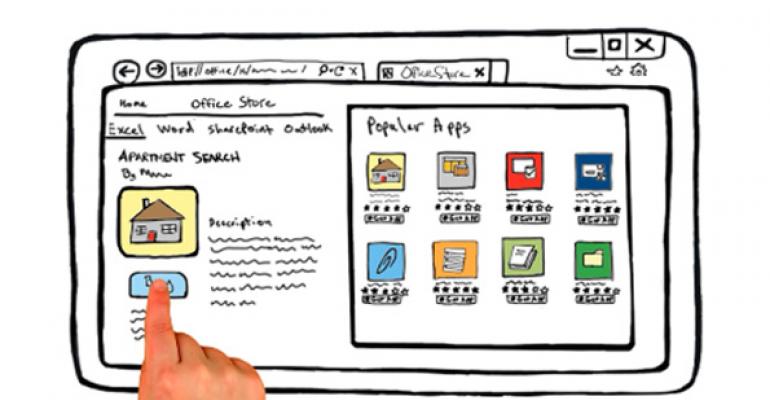 Apps for Office and SharePoint extend Office 2013 and SharePoint 2013/SharePoint Online (part of Office 365) in useful ways. Both types of apps are built with popular web technologies such as HTML5, CSS, JavaScript, REST, OData, and OAuth, Microsoft says.

Apps for Office come in three categories: Task pane apps that appear in the task pane of an Office application, content apps that appear inside of the document’s content, and mail apps for Outlook 2013 and Outlook Web Access, which appear next to an open Outlook item, such as an email message, meeting request, meeting response, meeting cancellation, or appointment.

Apps for SharePoint extend the capabilities of a SharePoint web site. Users can discover and download apps from the SharePoint Store or from their employer’s private App Catalog and install them on their SharePoint sites.

Developers have two choices for creating these apps:

Microsoft Office Developer Tools for Visual Studio 2012. This free add-on for Visual Studio 2012 installs a set of extensions—including new templates, new designers, and new integrated lifecycle tools—which let developers create new apps that run in Office 2013 applications or in SharePoint (2013 or Online). You can download these tools from the Microsoft web site.