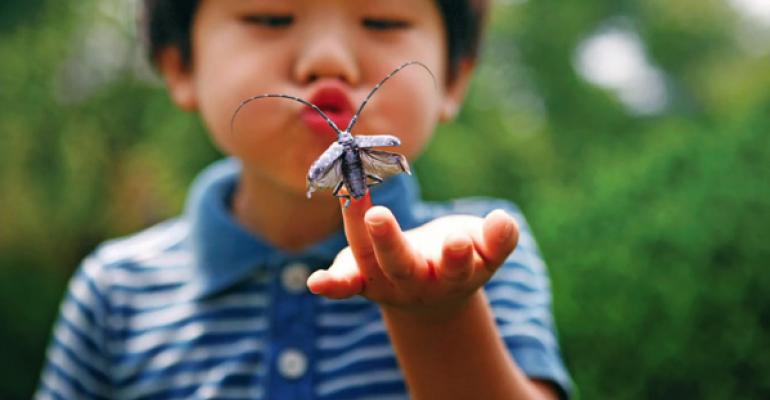 If there's one confusing thing about Office 365 Home Premium, it's that it's sort not really an Office 365 service at all

When Microsoft announced that its family of PC and device products would be named Surface, a brand it had already used for a near-pointless family of table (yes, table, not tablet) computing products, we sort of shook our heads for a moment and then realized it made sense.

When Microsoft announced that its Windows on ARM product would be named Windows RT and that the RT bit meant nothing and wasn’t in fact related to the term Windows Runtime, or WinRT, we also sort of shook our heads. And then we kept shaking them. This name doesn’t make any sense at all.

Naming is hard. Establishing a successful brand is also hard, which explains why Zune is gone despite its technical and usability excellence. (Moment of silence.) It also explains why Microsoft paid through the nose for Skype—despite the fact that it literally already had compelling alternatives to every single service that Skype offers—and then proceeded to let the company continue to act as if it were independent from the mother ship after the purchase: Skype is a very strong consumer brand.

Office 365 is a pretty good brand. It combines Office, which is well known and well understood, with 365, a number that obviously means “the number of days in a year.” Presumably that made more sense than Office 24/7 or whatever. Fine.

After an extensive beta test, the first version of Office 365 launched in mid-2011. As originally envisioned, Office 365 offered businesses of all sizes a compelling set of functionality—hosted Exchange, SharePoint, and Lync for just $6 per user per month (and up, depending on the version). A year ago, I wrote about Office 365 for individuals and small businesses, and my experiences using the service, which I’ve been doing since launch. (I pay for and maintain an Office 365 business account alongside my personal Hotmail/Outlook.com account and work-based Exchange 2010 account.)

The point here is that if you’re familiar with Office 365, you know that this service has “traditionally” (it’s only been round for about 18 months in non-beta form) been offered solely to businesses (albeit businesses of all sizes, including very small businesses). It has traditionally been about delivering hosted versions of Exchange, SharePoint and Lync—or what we might call Exchange Online, SharePoint Online, and Lync Online—to these customers, cloud-based versions of what had until then been traditional, on-premise server products. I’m not the only one who has held up Office 365 as an excellent example of—perhaps the poster child of—Microsoft’s ability to move quickly to address the ever-changing market.

Now all that said, most people aren’t familiar with Office 365. And by people, I mean of course “normal” people, and not those who actually spend their own personal time trying to find out about what’s going on in the world of technology. (Heck, even some people in the technology sphere haven’t heard of, or don’t understand, Office 365. But that’s another story.)

So when Microsoft announces a product called Office 365 Home Premium, which includes access to Office 2013 Professional on up to 5 PCs for just $99.99 a year, many people—normal people, tech-oriented people—get really excited about it. And they rush off happily to buy (or, erm, subscribe to) this product and start installing Office on all their PCs.

You may know that signing up for Office 365 Home Premium requires you to have a Microsoft account. And you may further know that when you have a Microsoft account (assuming it’s a Hotmail.com, Outlook.com, MSN.com, or other Microsoft-oriented domain), that you also get integrated Hotmail/Outlook.com-based email, calendar, and contacts services. These replace Exchange Online. You also get integrated SkyDrive-based storage and document sharing/collaboration with Office Web Apps; this replaces SharePoint Online. And you get Skype, which replaces Lync Online.

These services—Hotmail/Outlook.com, SkyDrive, and Skype—are all free, and all are immediately yours for the taking and usable with your Microsoft account. So Office 365 Home Premium assumes you will use these services, or whatever services of your choosing. Integrated Exchange/SharePoint/Lync Online functionality is not part of the equation.

Microsoft’s business-oriented versions of Office 365 are excellent, compelling, and extremely capable products. Businesses of all sizes should embrace them. But individuals, especially those interested in the family licensing of Office 365 Home Premium, should not feel slighted by the lack of the Exchange/SharePoint/Lync Online stuff. Likewise, those using or considering business-oriented versions of Office 365 simply need to realize that the product line has now expanded outwards to include the very crucial consumer market.

And to be clear, there is absolutely no reason you can’t use Office 2013 applications with both Office 365 Home Premium/Microsoft account and a business version of Office 365; you can configure your application to access both SkyDrive-based storage and SharePoint Online-based storage. You can choose which is the default. You can even configure multiple SkyDrive accounts and multiple SharePoint accounts in Office. Your choice.