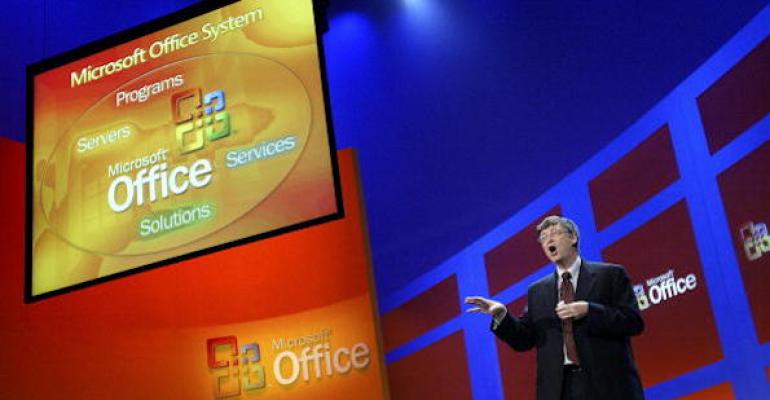 Microsoft Word vs. Google Docs: Which is the Best for Your Writing

Those who scribble away each day on a digital canvas have plenty of software choices.

Usually it comes down to two: Google Docs or Microsoft Word. Wondering, “which is better” is an existential question that I’ve been grappling with for a while. They each have merits  and some key features the other doesn’t possess. I’d use one for a while, then miss the competitor, then switch back. Then, repeat the process.

So, what’s the answer? We’re not going to let you off so easy. I’ll outline the journey I’ve been on while pondering this question, and then where I’ve landed. The main takeaway, for those who like to skip to the last episode, is that I have yet to find one that’s definitely better than the other. Here’s why.

The key phrase in this service is Google. The company’s artificial intelligence capabilities are creeping ever more closely into helping you write and research more effectively.

This is most paramount with Google’s Explore tab. It puts the research powers of Google right inside your document. As someone who writes primarily for the web, it’s essential.

Explore is a very powerful tool to have right inside of your documents.

Speaking of the web, there’s another killer trick that Google Docs employs. When you highlight a word and click Command-K or Control-K, it’ll perform a web search and can instantly attach a link to that text. If you blog or write for online publishing, it’s a life changer.

That connection to the web extends in other ways. Google Docs are much smarter about recognizing names, words, and brands in your text. It knows that Kotlin is a programming language, whereas Word wanted to change it to Katlin. I find that in many different examples, where Google knows even obscure words and phrases.

Also, there’s another more practical element of why I’ve gravitated to Google Docs over the years - I never lose anything. With each keystroke, an “all changes saved in Drive” message appears at the top of the file. Finding an older file is a simple as typing a few characters into Google Drive’s search box. When your work is in Google Drive, it feels like it’s always within quick access.

Finally, the simultaneous editing in Google Docs is well-known, so not much to add about that here. Even though Word has added in a similar feature when you connect files through OneDrive, I still find Google Docs to be smoother in this regard.

Word: Making You a Better Writer

Google Docs isn’t the only one that works behind the scenes at making your writing better. In fact, Word has a lot of power in this area that has made it very appealing.

Word’s Researcher and Editor features really elevate what the word processor can do. Researcher, much like Google’s Explore tab, lets you look up terms, define words, or get a quick bit of information from Wikipedia. Citations can be dropped in and formatted automatically.

But where it really matters in actually making you a better writer. Word is more advanced about spotting redundant phrases, cliches, and other terms you’re better off dropping in your writing.

Word will nudge you to make improvements to your writing.

Word’s longevity means that it’s also well suited to paper formatting, especially APA and MLA. When you throw in the larger set of templates, and the focus that comes from being able to work in a separate application instead of the browser, you have a lot to like.

Microsoft has also done an excellent job at making Office apps first-rate across iOS and Android. They’re especially capable on the iPad Pro, an important platform given how much emphasis it received at WWDC this week.

Finally, don’t forget about the pen. Microsoft’s focus on inking with the Surface line has left some good tools for marking up documents. If you have a Surface or like to mark things up on your PC, Word has a lot to offer.

So, What’s the Verdict?

At the risk of sounding like a total cop out, I’m currently using both. When I write articles, I compose them in Google Docs and then put the finishing touches on with Word. For my workflow, the former is helpful for inserting links and getting quick bits of research through the Google Docs Explore tool.

In Drive, I also can quickly get to the files I need across devices. Windows certainly has its own tools for organizing your files, but as since much of my collaborative work has moved to Drive, Docs has built-in advantages there that make sense.

If you’re undergoing a similar dilemma, my recommendation is to spend about a week with each. Make a spreadsheet list with different categories (Excel vs. Google Sheets is a whole other topic) and see where you end up.