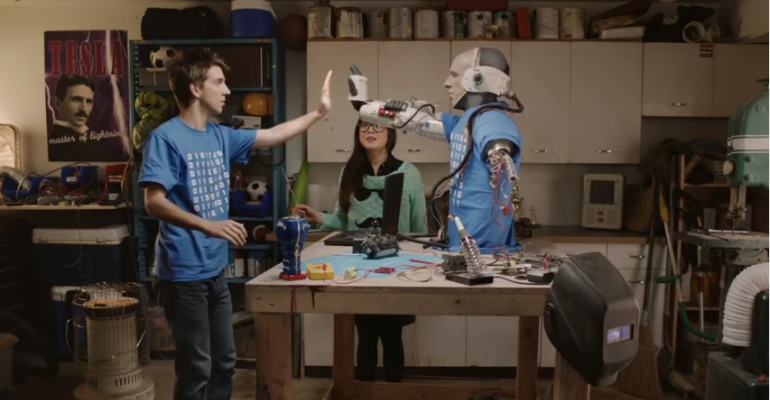 Microsoft announced today that the photos experience on SkyDrive has been upgraded in several markets to support optical character recognition, or OCR. This capability enables you to extract the text from photos in your cloud-based camera roll—such as from a product label, sign, plaque or other item—and then use them elsewhere.

Today's update follows a long string of updates to the SkyDrive service, including a major update less than a month ago that included a ton of new photo and sharing capabilities.

The new web-based OCR capabilities look similar to a feature called Bing Vision in Windows Phone 8, and indeed they are also based on Bing technologies. But there's another weird similarity here: If I'm reading this right, the OCR stuff only works with photos you've taken with Windows Phone and auto-uploaded to your SkyDrive-based camera roll photos. (Though I suppose you could fake it by copying other photos into that folder.)

There is one major and very welcome difference, however: The web-based SkyDrive photos OCR functionality is automatic.

"With this new SkyDrive release, our OCR tool will automatically run on your camera roll photos so you can instantly see the extracted text whenever you view your photos on SkyDrive.com," Mona Akmal writes in a new post to the Inside SkyDrive blog. And in the supplied example shot you can see the recognized text there on the right.

As you might expect of such a feature, the OCR works with a few languages—English, Portuguese, Spanish, French, and German—right now. But it will work regardless of your country, you just need to set your browser language accordingly. It works with most image formats, Microsoft says.

One fun tip: Microsoft told me this is "the first of several features that will make your SkyDrive photos smarter." I can't wait to see what's next.