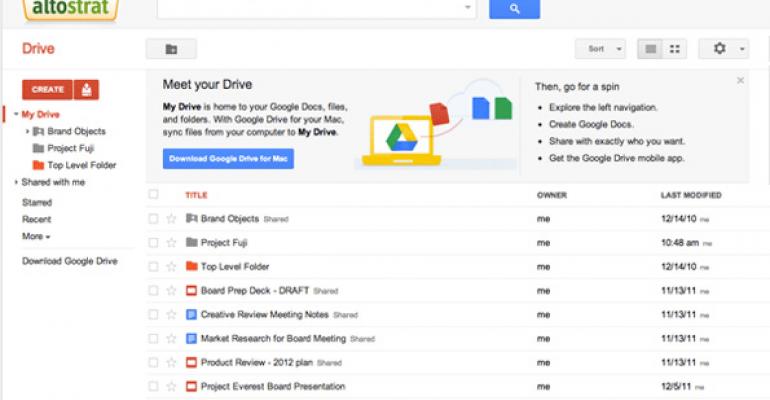 On the eve of the launch of a major new wave of Microsoft Office products and services, Google has announced a major update to its bare-bones, web-based presentation package Slides. Now it can be used offline, making this service usable on Chromebooks and other computing devices while offline.

No one who has used both Microsoft Office/Office 365 and the Google Drive web apps (Docs, Sheets, and Slides) would ever try to claim that Google’s solutions are “superior”. But the issue for Microsoft is whether Google Drive is “good enough,” which it’s arguably becoming. And it’s certainly a “simpler” solution in that having less functionality is of course simpler.

But as web-based apps, Google Drive has always suffered from a very basic problem: They’re not designed for offline use, so you must have an Internet connection to view, edit, or create documents. But that’s changing. Last June, Google announced offline support for Docs, its word processor. And now Slides is also available for offline use.

This functionality is key for making Google Drive an acceptable solution for most users, and it makes Google’s semi-ridiculous Chromebook initiative. But such a device makes a lot more sense when there are truly useful apps available, especially when they can be used offline. (Google Drive offline access isn’t just for Chromebooks, of course: You can enable this support with Chrome on your PC too.)

Compared to Google Drive, the Office 2013 wave offers many advantages, but it’s fair to note that what Microsoft continues to ignore is the need for a free web-based office productivity suite that can be used offline. So while Office Web Apps continues to be a superior offering to Google Drive overall in this coming update, it still will not offer offline access. This is something that individuals can get for free with Google Drive Docs and Slides.

I’m not suggesting that Google Drive is thus preferable. It's not. But this is a functionality gap that Microsoft needs to address.