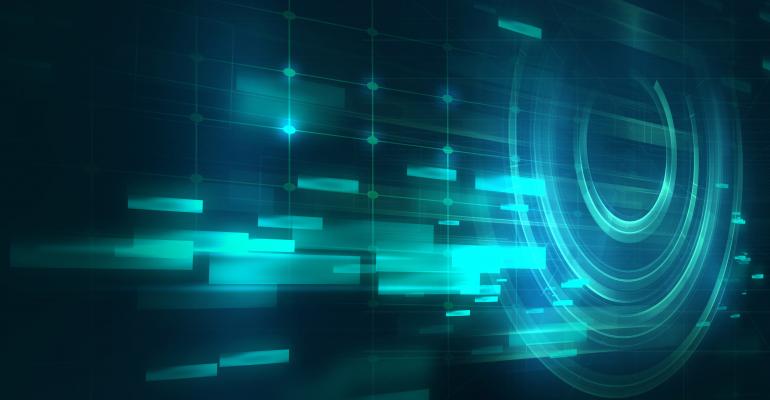 Getty Images
IT Operations and Management>NoOps

Total NoOps – the idea of attaining fully automated IT operations that require no human involvement – may never be achieved, but is it even desirable? This article explains how NoOps works, as well as its benefits and drawbacks.

NoOps, short for no operations, is an IT environment where many of the functions needed to manage, optimize and secure IT services and applications are automated, abstracted and/or performed by someone other than a traditional centralized operations unit. NoOps is a loosely defined concept, with different vendors, analysts and customers using it to describe varying degrees of automation, the IT components it can be applied to, and which units are assigned the IT operations functions.

To Paul Nashawaty, senior analyst at Enterprise Strategy Group, NoOps refers to “full automation and abstracting the infrastructure layer, making it invisible and effectively eliminating the need for an operations and infrastructure team to manage it. So basically you wouldn’t need any human capital to manage the underlying infrastructure as it would be completely automated, with tedious tasks effectively eliminated.” Nashawaty estimates that at most only 10% of organizations have reached this level of full automation.

NoOps can mean the transfer of IT operations responsibility to an internal development or DevOps group, or to an external services provider such as a public cloud vendor, says Roy Illsley, chief analyst of IT ecosystem and operations at market researcher Omdia.

However, that model means “you still have an ops department,” says Nashawaty. “It’s just outsourced to a cloud provider.” He prefers to think of NoOps as “a self-service model where citizen developers, the business unit, can provision the resources they need without having to go through an operations department.” Such uncertainties make NoOps a controversial term that can trigger anger or resistance from operations professionals who fear it could endanger their jobs.

NoOps can be thought of as the ultimate result of the policy-based automation achieved through initiatives focused on other parts of the IT infrastructure, such as DataOps, AIOps and DevSecOps. While some customers or vendors claim to have largely achieved it, others argue that true NoOps – a completely automated IT environment that requires no human involvement – is impossible or undesirable.

Still others say NoOps might mean reducing the role of a central IT group, giving more of those responsibilities to local business units or product teams that handle IT operations along with the development and securing of the applications and services most important to them. 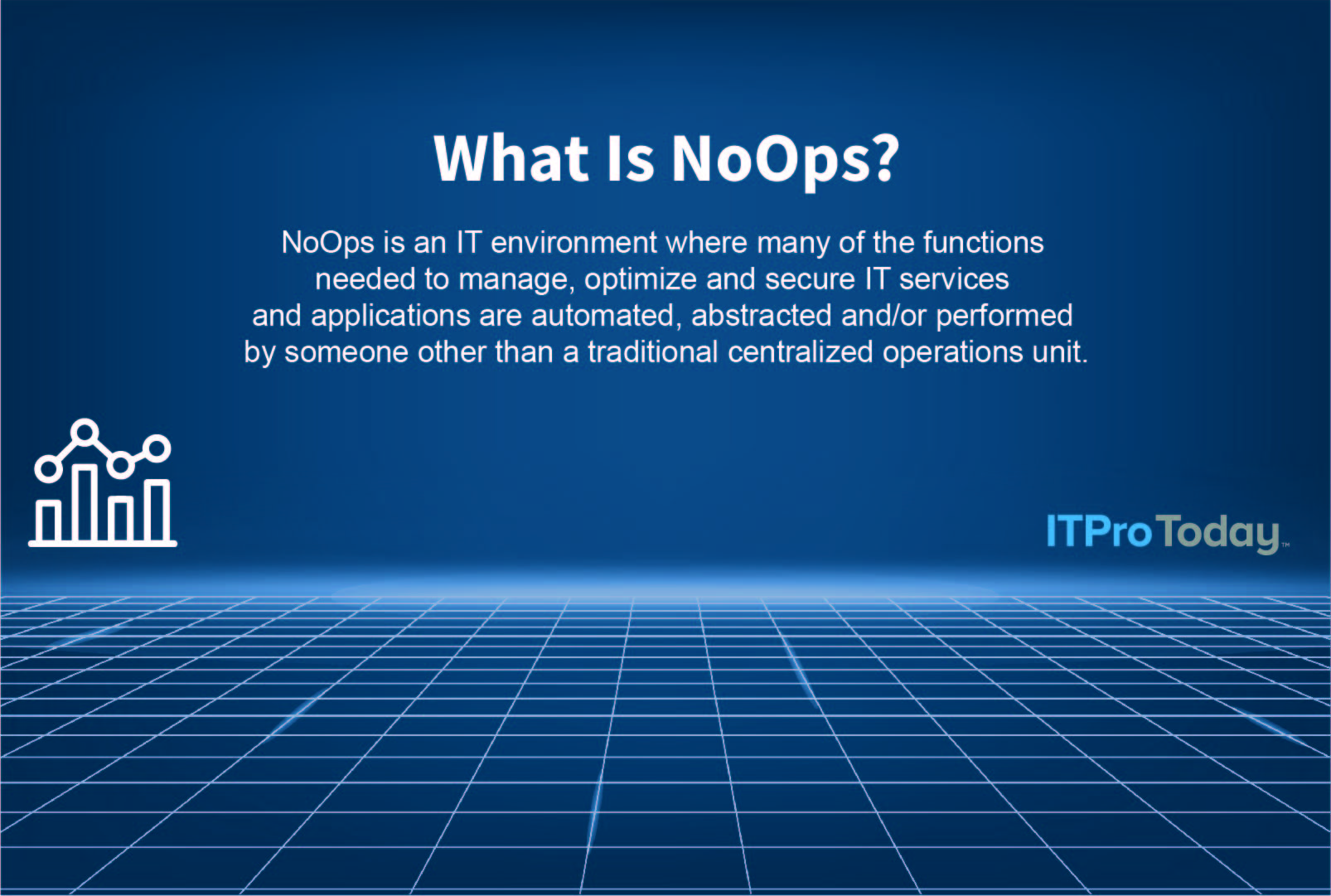 How Does NoOps Work?

NoOps relies on automated, policy-based processes triggered by IT or business events to assure that applications and services run most efficiently, effectively and securely at the lowest possible cost.

NoOps should incorporate DevOps principles such as making changes in small, frequent increments rather than gathering changes to be deployed in a fixed change window and limiting access to command lines that allow humans to possibly misconfigure systems, recommends Forrester. It also recommends testing, measuring the optimizing IT infrastructure components often and avoiding custom system configurations that are difficult to automate.

In addition, Forrester recommends pairing sense-and-adapt automation with advanced analytics to detect failures quickly as well as monitoring the results of automated actions and modifying them when needed. “The last thing you want to do is fire off some unproven automation technology and forget about it,” says Forrester. Observe its actions and results and “[u]se this feedback to improve the system.”

What Are the Benefits of NoOps?

To whatever extent it is implemented, NoOps not only reduces IT management costs, but allows the business to respond more quickly and effectively to changing needs by delivering new applications and services to market quickly and efficiently. Automating or outsourcing routine IT operations tasks can free scarce and expensive staff to handle higher-value activities such as developing new applications and services.

This increased flexibility for IT staff is one of the leading benefits of NoOps and is reflected in hiring patterns, says Nashawaty. A recent ESG survey showed that in the next year, more than two-thirds of respondents plan to hire IT generalists who can be used to meet various business needs rather than specialists in specific areas of IT.

What Are the Drawbacks of NoOps?

Among the hurdles to more fully automated IT management required for NoOps, according to a 2021 Forrester Research report, are corporate cultures that discourage the risks associated with new automated management technologies and the failure of past attempts at changing IT processes.

Businesses can also fail by automating flawed processes and “mass producing” errors by creating flawed scripts that control the configuration of hundreds or thousands of servers or other infrastructure components, says the Forrester report.

“If you have the wrong rules in place for AI, you could potentially introduce errors in your automation,” says Nashawaty. “If you’re using machine learning, if you’re using AI to manage operations with no human interference,” the business lacks visibility into how those rules are being applied or whether they may need to be adjusted.

Some fears of job losses caused by NoOps may be justified. Forrester predicts that one-third of today’s infrastructure and operations (I&O) jobs will disappear, with one-third of today’s staff being “passionate advocates for change [who] will happily develop and automate themselves into new and better jobs,” a second group who will wait and see how the first group fares, and a third group who won’t be able to learn the new skills required for a NoOps environment or refuse to change and will leave the organization.

“The big drawback is once you lose these skills, you are unlikely to regain them,” says Illsley, who argues that rather than try to eliminate the IT operations function, consider it as an unavoidable cost of doing business even if it doesn’t differentiate a business from its competitors.

What Are Examples of NoOps Tools?

Almost any IT management, monitoring or automation technology can be considered an example of NoOps. Among the tools required for NoOps, says Nashawaty, are those that provide version control for code; management and orchestration for containers, cloud platforms and microservices; application performance monitoring; and automation of infrastructure configuration and testing.

Among the products often mentioned by analysts are:

Whether the ideal of “total NoOps” is achievable or even desirable, implementing NoOps principles and tools will enable you to focus more on your business and your customers than on your IT infrastructure, and to scale the speed and delivery of new applications and services to meet emerging business needs.

“While many I&O professionals wring their hands over the idea that operations may someday become so automated that no one will need them,” says Forrester, even in fully automated environments “someone must manage resources, model configurations and optimize” infrastructure as code.