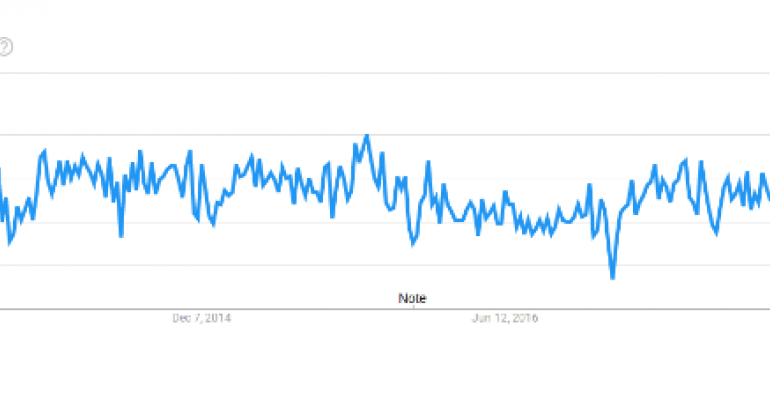 The State of NoSQL Databases in 2018: Is NoSQL Usage No Longer Cool?

The buzz around NoSQL databases has quieted. Does that mean NoSQL usage is waning, or that NoSQL has become such a part of the IT landscape that we almost don't notice it anymore?

If you were to list the top IT buzzwords of 2018, chances are that "NoSQL" would not make the cut. That's interesting, because just a couple of years ago, NoSQL databases were one of the hottest topics not just for storage engineers, but for anyone trying to build highly scalable, cloud-friendly software stacks.

Why have we stopped talking so much about NoSQL? Is it because NoSQL usage turned out to be just a fad, and that fad has passed? Or is it that NoSQL has now gone mainstream--to the point where it no longer feels like a big deal?

A Brief History of NoSQL

Tracing the origins of NoSQL usage is tough. In a sense, NoSQL databases have been around since the 1970s, before relational databases even appeared. But no one was calling them NoSQL databases at the time because the concept of SQL had not yet emerged.

The term "NoSQL" finally appeared in 1998, although the database it described was still basically relational. It was not until circa 2009 that NoSQL in the modern sense came into widespread usage. Then, as today, NoSQL referred to databases that don't use SQL-style interfaces or--generally speaking, at least--relational data structures.

NoSQL databases gained a lot of press early on because IT pros viewed them as a more scalable way to store data. The scalability and flexibility of NoSQL were also appealing features for big data, another major buzz term of the 2010s.

Not everyone thought NoSQL would displace traditional SQL-style databases, and they haven't. But given how excited some folks were about NoSQL a few years ago, you wouldn't have been crazy to think that NoSQL might totally kill relational databases.

It has been nearly a decade since NoSQL emerged in its modern form. Where does it stand today?

From a business perspective, NoSQL is looking pretty healthy. While there is no good way to measure the exact market share or valuation of NoSQL databases, we can use certain data points to measure the financial importance of NoSQL today. For one, the stock price of MongoDB, a company specializing in NoSQL software, has risen steadily since it went public in October 2017.

It's also worth noting that the major public cloud vendors are also offering NoSQL databases, such as DynamoDB on AWS and Cosmos DB on Azure. That's a sign that these companies see NoSQL as an important commercial service.

From a mindshare perspective, however, NoSQL seems to be in decline. Google Trends shows that interest in NoSQL today is only about half of what it was at its peak in 2015:

Google Trends is an imperfect measure of NoSQL's popularity, of course, but it's also one of the only data sources available for a topic like this. And the Google Trends report certainly aligns with my own anecdotal impression, which is that we're talking much less today about NoSQL than we were a few years ago.

NoSQL is the New Linux

What accounts for this state of affairs? How is it that NoSQL is surging in business importance, yet has receded in importance as a trending IT topic?

I tend to think that the reason is that NoSQL has followed the same path as a technology like Linux. When Linux first became a production-quality operating system in the mid-1990s, forward-thinking IT pros saw it as a momentous new technology that could displace both Windows and other Unix-like operating systems.

At the same time, however, the buzz surrounding Linux has slowly but steadily decreased. Few IT pros would dispute that the topic of Linux is not as hot as it was 10 or 20 years ago. Google Trends confirms that perception.

NoSQL has followed the same path as Linux. It has transformed from a hot, innovative technology into one whose luster has waned at the same time that it has become more established.

In short, then, the fact that NoSQL no longer seems like a big deal doesn't mean NoSQL hasn't become a big deal. Plenty of people are using the technology on an everyday basis--and that's exactly why they are no longer talking excitedly about it. NoSQL remains quite relevant, even if the cool factor has worn off.